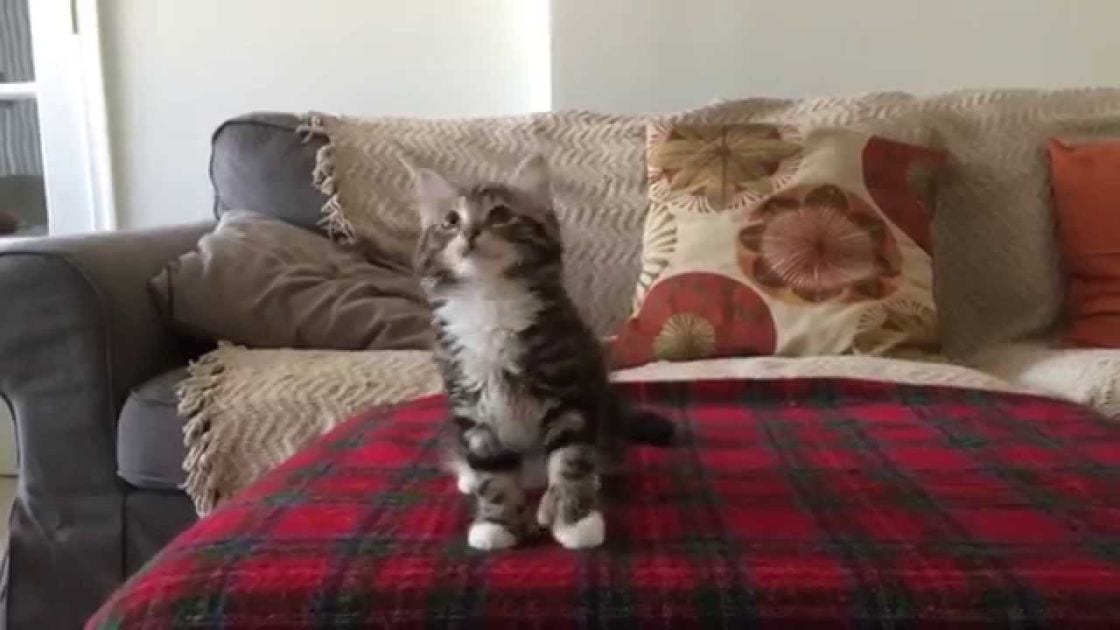 The adorable kitten in the following video is named Wilma, and as you will see for yourself, Wilma is quite an amazing dancer! I know that certain animals are known for having a particular fondness for music, but I never imagined cats would be one of them, too.

Yeah, whoever has said that cats aren’t able to dance is entirely mistaken. You should have to look no further than Wilma’s fantastic performance in the video below to find proof of it. She demonstrates that our feline friends are perfectly capable of rocking their bodies just as well as anybody else.

Wilma was rescued from the streets, and she’s now a foster kitty who has taught herself how to dance, and it’s no weird song either. Her favorite piece for dancing is Uptown Funk, the hit song by Bruno Mars and Mark Ronson. She’s always exhilarated when the song comes up, and she’s not shy at all to show all of her dancing skills to the whole world!

Watch this adorable cat shake his body to the funk, and if you love this video, why not pin it on Pinterest?