The buglers of The United States Army Band “Pershing’s Own” visit Arlington National Cemetery, Virginia, over 5000 times a year to perform the song ‘Taps.’ It is a song that many people are familiar with even if they don’t know its name.

SSG Jesse Tubb of the band is seen in the cemetery during the summer, while SSG Drew Fremder plays during the winter. Both of them are experienced buglers.

In the summer the gravestones are surrounded by healthy trees and bright green grass fills the entire cemetery grounds. It is a peaceful environment for Jesse Tubb as he plays ‘Taps.’ 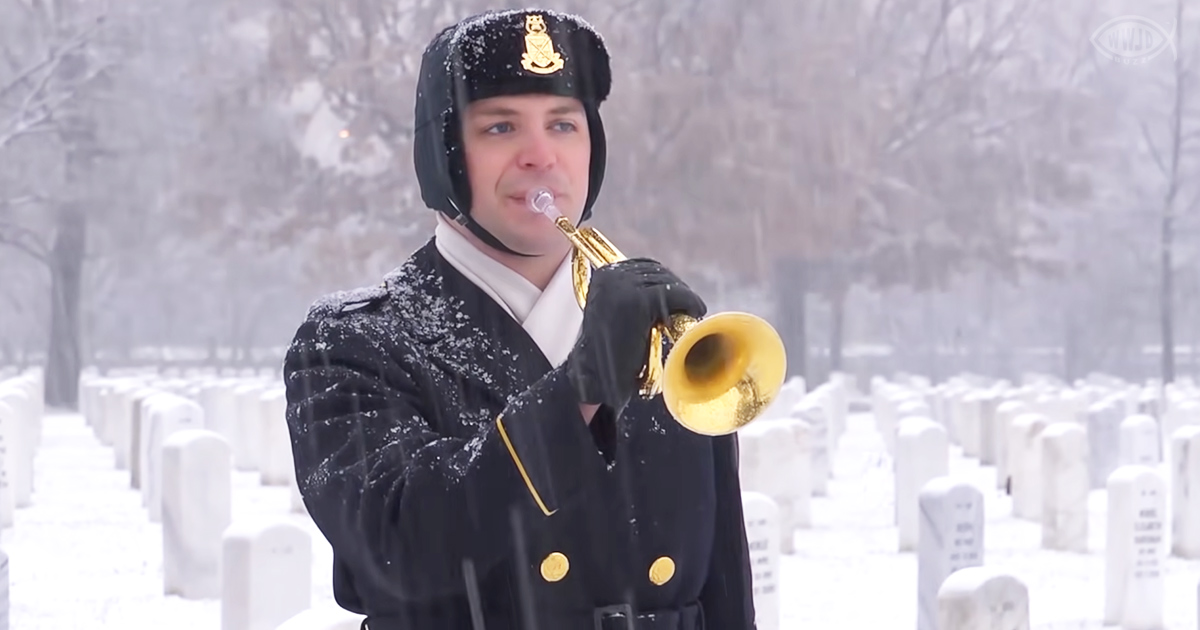 For Drew Fremder the snowfall covers Arlington with a blanket of white. As he fills the air with the sound of ‘Taps,’ the place feels even more peaceful and thoughtful.

‘Taps’ actually goes all the way back to July of 1892, it was played at Harrison’s Landing, Virginia. Within 9 months of it being played the Union and Confederate forces both picked it up.

Ever since then it has become an important part of military funerals in the US. That is why many people may have heard the song before without ever knowing what it was called.

It is very important to pay respect to the fallen, and these buglers have found the perfect way to do it. ‘Taps’ is a song that has lasted centuries and will continue to last even longer.