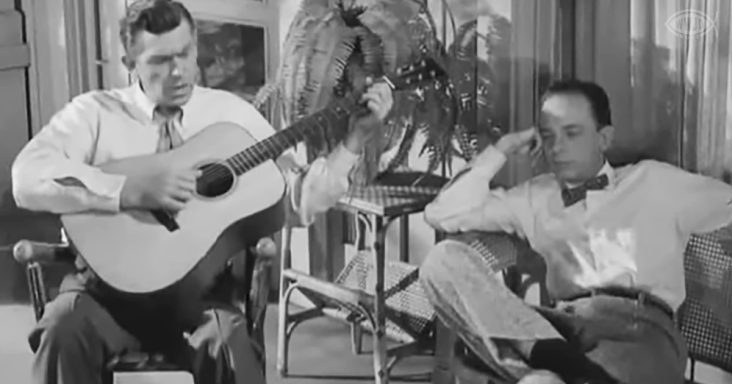 This emotional throwback performance shows Andy Griffith and Don Knotts singing a beautiful rendition of a well-known Christian hymn. These great comedians wind down, making the act a more heartfelt and somber tune.

The comedy sketch kings are sitting together on a porch with a melancholic look on their faces. Andy Griffith is playing his guitar while Don Knotts hums along. As they start to harmonize, Robert Emhardt comes out for a smoke.

The men are singing Dr. William S. Pitts’ “The Church in the Wildwood.” The song was written in 1857 after Pitts’ wandered the woodlands of Bradford, Iowa. He envisioned a church in a small clearing even though there was none. 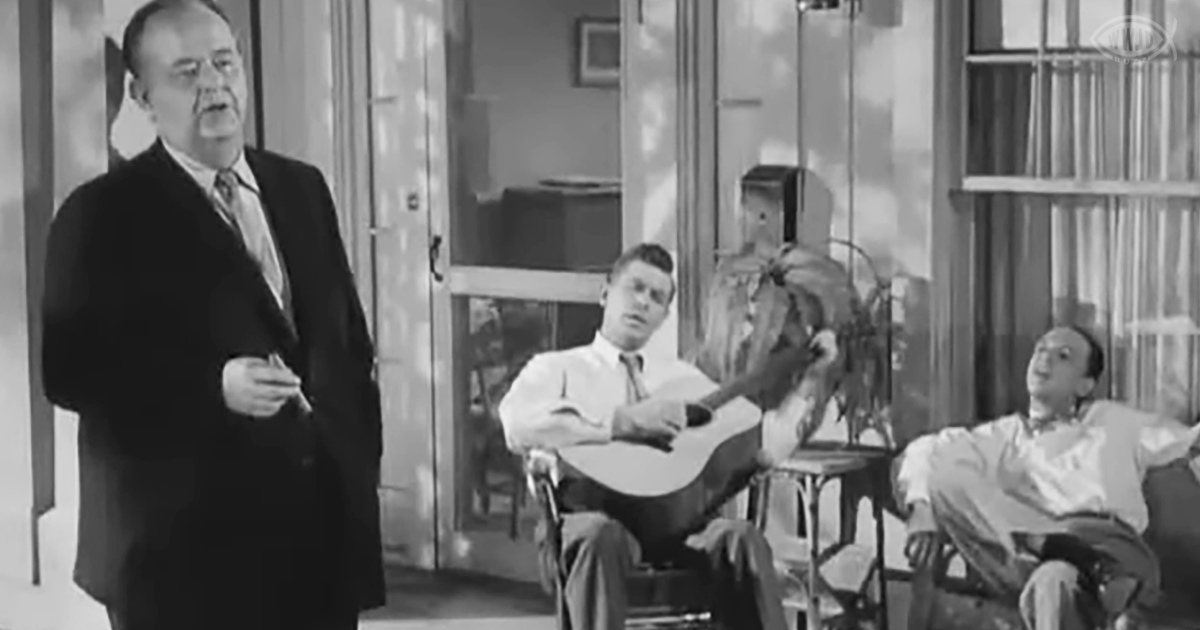 After returning home, Pitts decided to write the song to bring peace unto himself. Years later, he was surprised that a church was built in the place that inspired his tune.

The lyrics of “The Church In The Wildwood” speak of a little brown church in a vale. The song welcomes those to come near and practice their faith in the lovely space.

As Andy Griffith and Don Knotts sing the somber tune, the melody seemingly moves Robert Emhardt. His stance changes and he leans onto a beam for support. He lets the music wash over him, and he begins to sing the song with a smile on his face.

The brilliant scene from The Andy Griffith Show in 1963 encapsulates the feeling of the song. Its simplicity brings one joy and comfort. A viewer indicated that “The Church in the Wildwood” feels like “going home.” 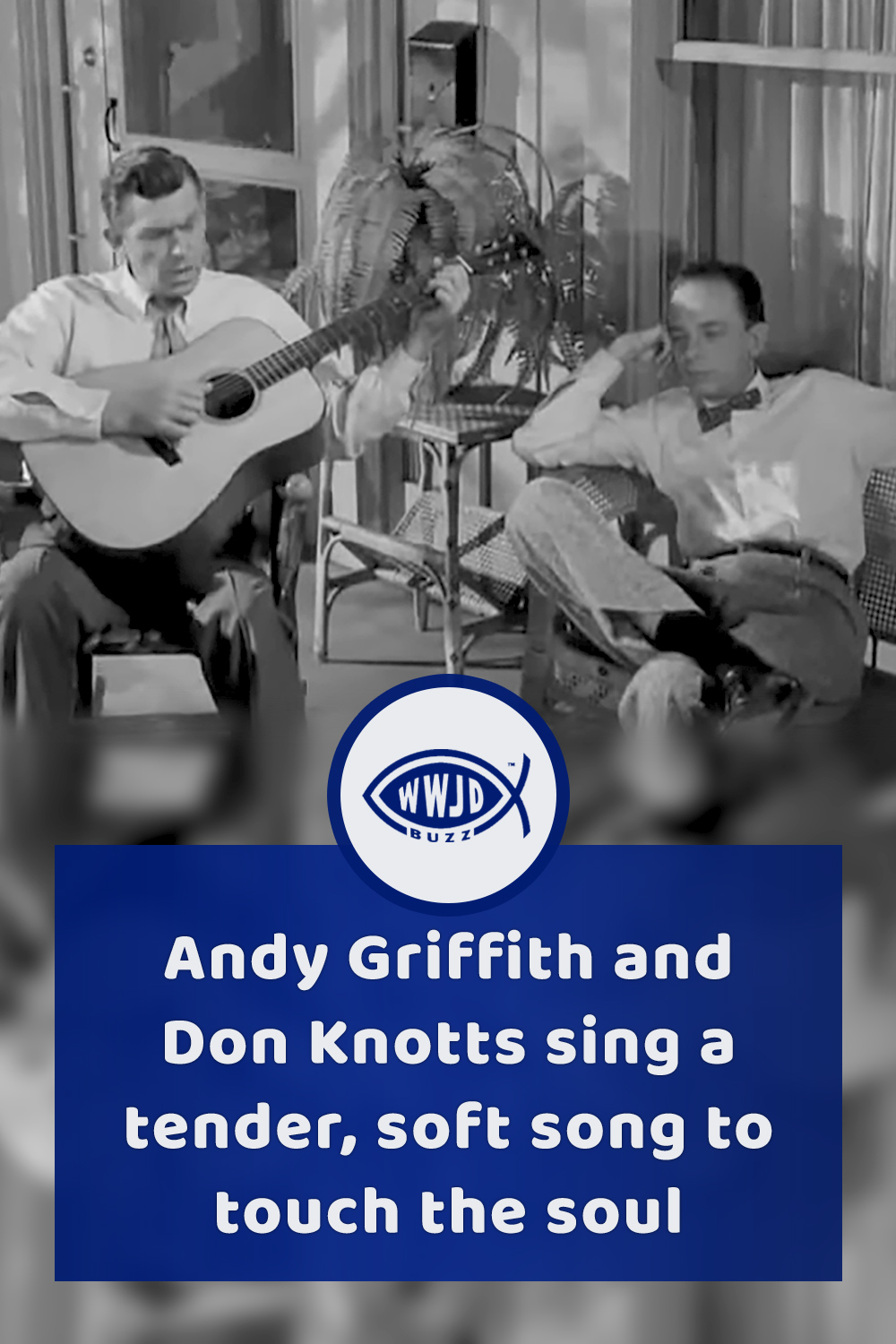