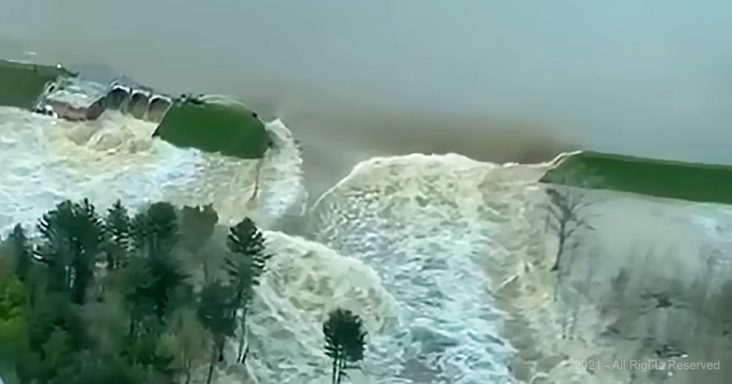 When the dam fails, water floods the area. Good thing this pilot had his camera ready.

Rushing water is often more dangerous than we give it credit for, but residents of Midland County, Michigan were quick to act when Edgeville Dam failed. Waters rushed from Sanford Lake, overwhelming the Tittabawassee River quickly.

While residents of nearby areas were told to evacuate immediately due to the present danger, Midland pilot Ryan Kaleto got his camera and took a small plane into the air to capture the footage of a lifetime.

Here you can see the broken dam and rushing waters. Held at bay for so long, the lake was finally free to overflow, but rushing water has the ability to claim buildings and lives.

The governor called a state of emergency to help those affected, but nothing gives us the scale of the event quite like this quick aerial footage.

We are thankful that Ryan Kaleto had his camera on him on this fateful day so he could capture an amazing show of force from mother nature.

See it happening from above: