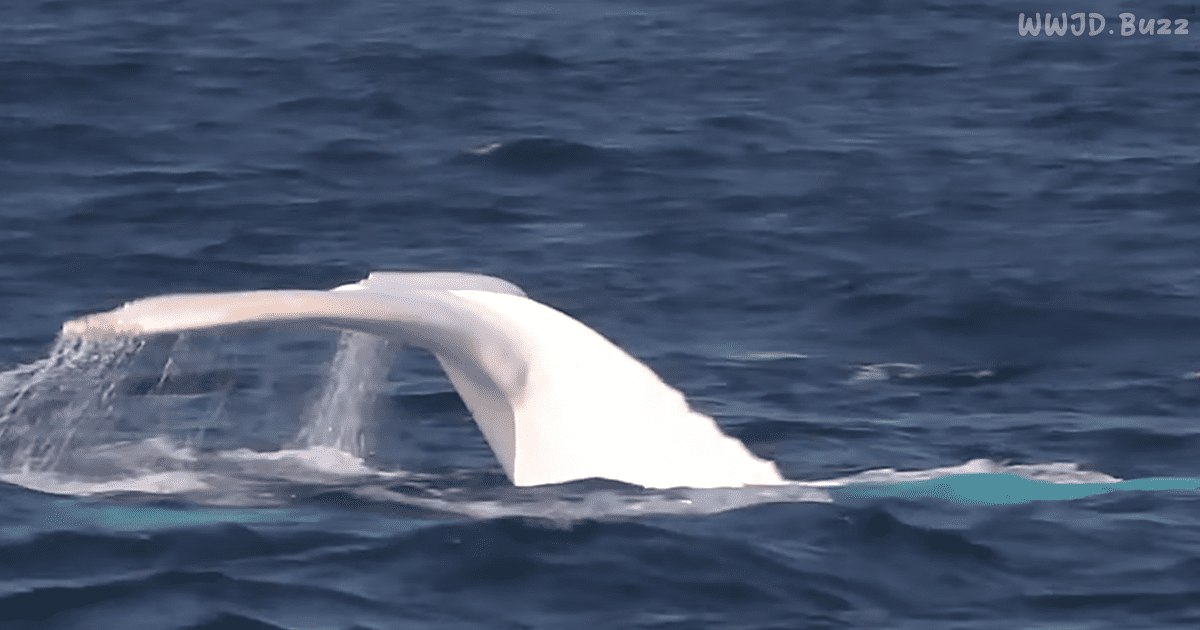 Every whale watching season, tourists come to capture some of the mystery and wonder of the whales in the open ocean. This time there was something different.

The whale watchers were looking for humpback whales, just like always, but this time, they spotted a very rare sight.

At first, the whale watchers were not sure what they were seeing, but in fact, their eyes were not playing tricks on them: A completely white whale just like the famed Moby Dick!

This exceptional video was recorded off the east coast of Australia. There have been just three porcelain white albino whales known to exist. The first one was in 1991. He was named Migaloo. Only two others more have been seen since. Speculation is that Migaloo is their father, so they have been named Chalkie and Migaloo Jr.

The albino whale is a rare wonder. Scientists speculate this whale has a genetic mutation like albinism or hypo-pigmentation. Regardless, this creature that God created is stunningly beautiful.

Whale watching is an incredible experience. Just seeing a whale in its natural habitat in the open water is exhilarating. You come within a few yards of the creature that you have only seen pictures or videos of before.

Check out this video below so you can say you have seen a rare while whale in Australia, too!