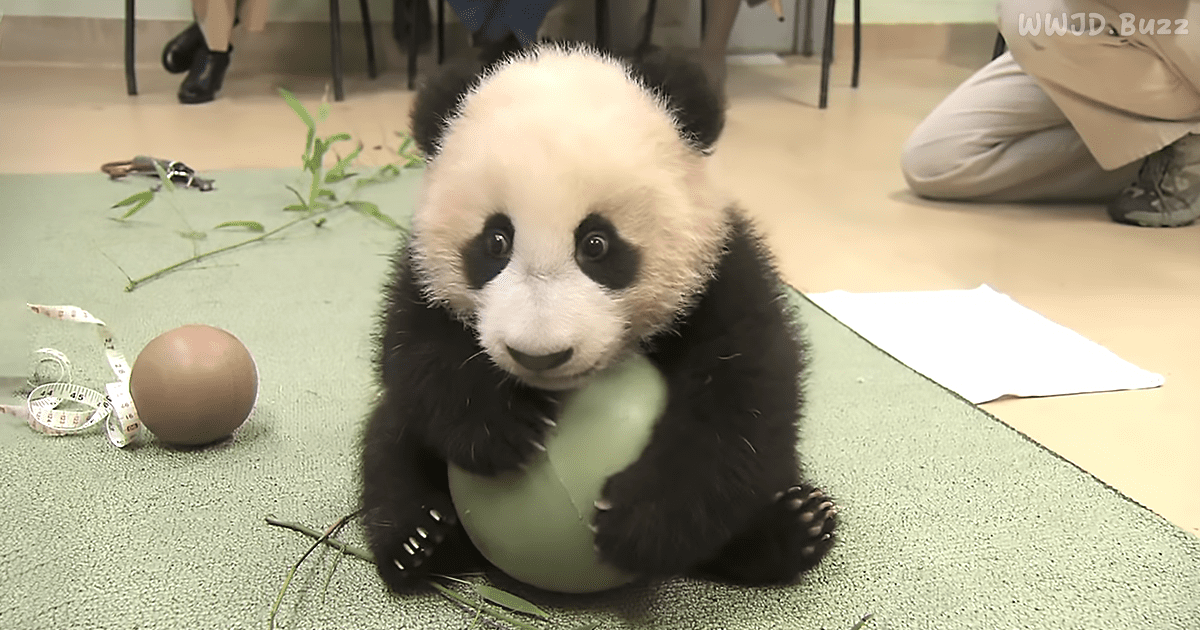 This video features a very adorable little panda cub named Xiao Liwu. The tiny guy lives at San Diego Zoo, and I am sure the zoo workers must really cherish the times they share with him. During his 18th medical exam, Xiao Liwu was given a plastic green ball by the panda keepers to test his coordination and also to encourage him to play with new objects. And it looks like the little cub is doing quite well.

They gave him a few other toys to play with too, but it seems Xiao already chose his new favorite toy during this exam. The adorable baby panda just latches onto the green ball and doesn’t let it go! The cute guy doesn’t even know that he is actually being tested. Don’t you wish our medical exams could be this fun and carefree as well?

Xiao latched onto this green ball, which was the perfect size for hugging, and wouldn’t let go. When the examiner joked with him and pretended she was going to take it, he held on tighter! He also seems like rolling a log, but the ball is a clear favorite. He hugs it, rolls around with it, and I’m not sure they are going to be able to send him back to his mom without it.

I don’t know about your medical exams, but mine sure don’t involve belly rubs and tummy scratches like Xiao’s do. This little guy has no idea that he’s being measured and tested. He’s just having fun, and so are his examiners. What a great job they have!