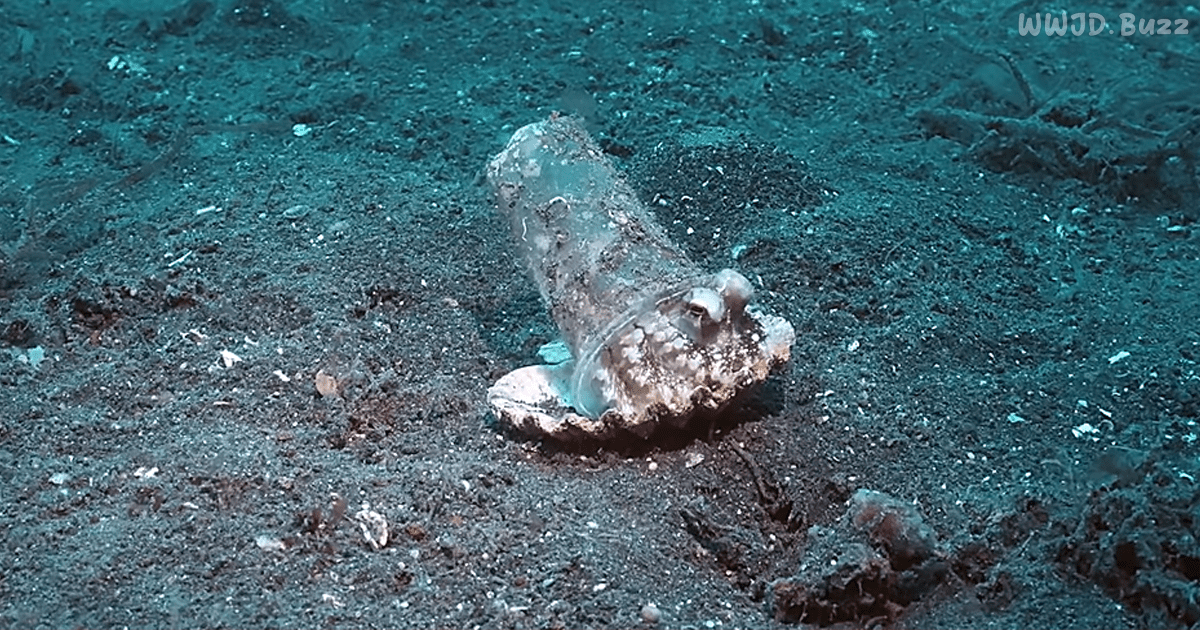 When divers found a tiny octopus living in a plastic cup, they hurried to save it from danger. Coaxing the sea creature into a safe shell, the divers helped protect it from predators.

Divers found this tiny coconut octopus living inside a plastic cup during a 2018 expedition in Lembeh, Indonesia. They spent the rest of the day coaxing the little guy out of his cup and into a proper shell home.

“While a shell is a sturdy protection,” explained Sigurdsson, “a passing eel or flounder would probably swallow the cup with the octopus in it, most likely also killing the predator or weakening it to a point where it will be soon eaten by an even bigger fish. We found this particular octopus at about 20 meters under the water, we tried for a long time to give it shells hoping that it would trade the shell. Coconut octopus are famous for being very picky about which shells they keep so we had to try with many different shells before it found one to be acceptable.” 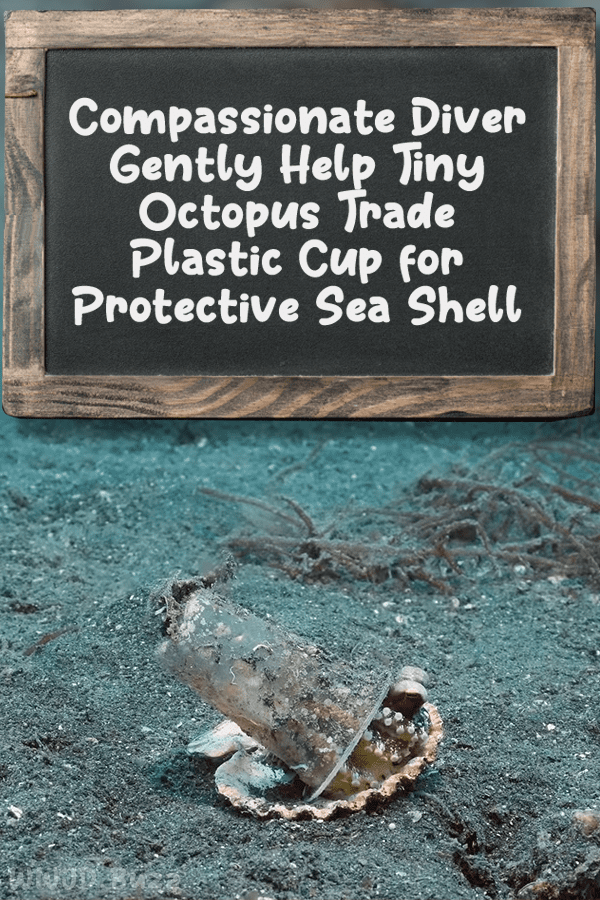