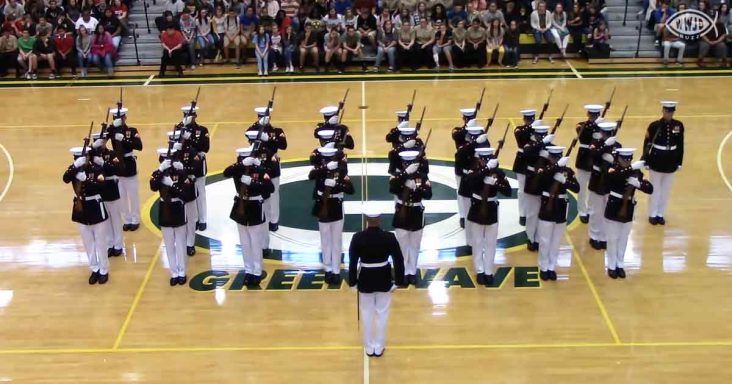 When most people think of jaw-dropping performances, they imagine choreographed dances and shows like America’s Got Talent. But the United States Marine Corps showed an audience of high school students that drill teams can be just as inspiring. 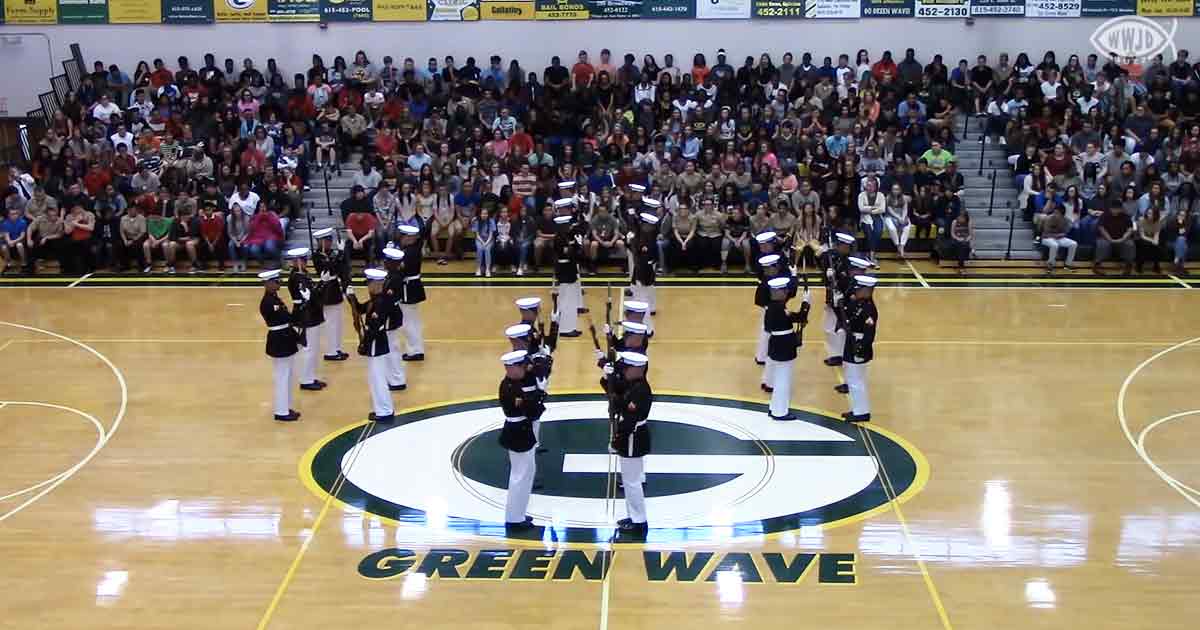 Students at Gallant High School in Nashville were lucky enough to view one performance by the United States Marine Corps. The students waited with bated breath as the announcer read off the USMC’s long list of performances.

The silent drill team did not speak as they marched into the center of the stage. No music joined their performance, but they remained measured and perfectly synchronized with their movements. 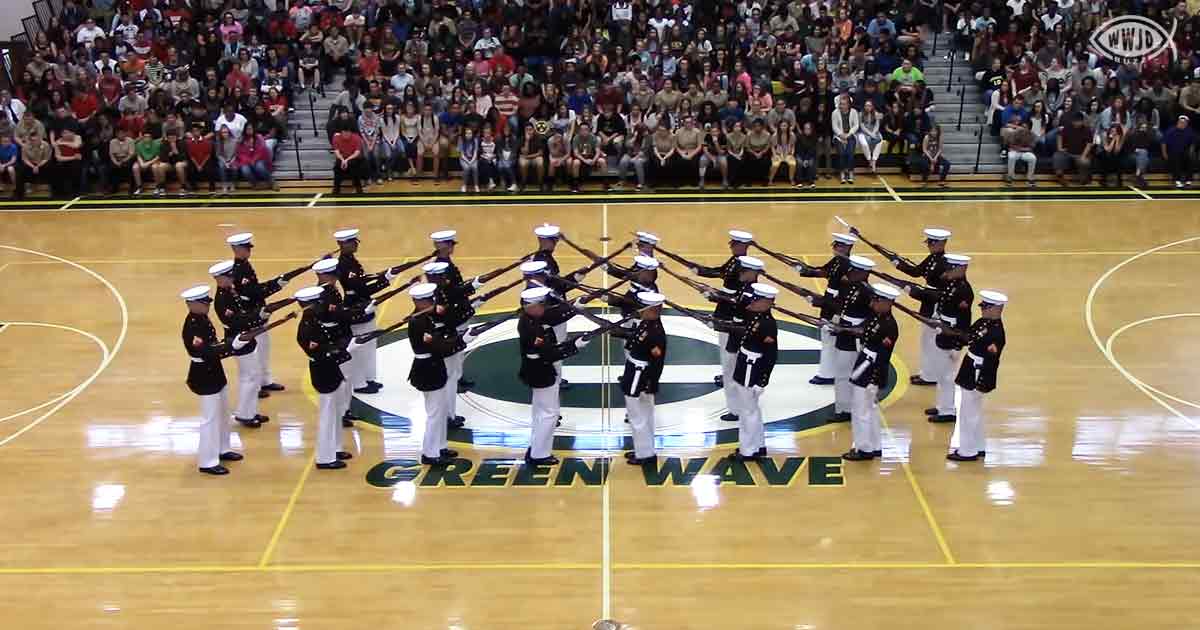 With a grunt from the drill sergeant, the performance began, and the audience was quiet. Unlike flashy dances with quick spins and leaps, each movement the Marines made was fluid and mesmerizing.

Every step was precise and exactly where it was supposed to be. It was almost hypnotizing. The drill team might have been silent, but their footsteps and the clap of their hands on their rifles filled the gymnasium. 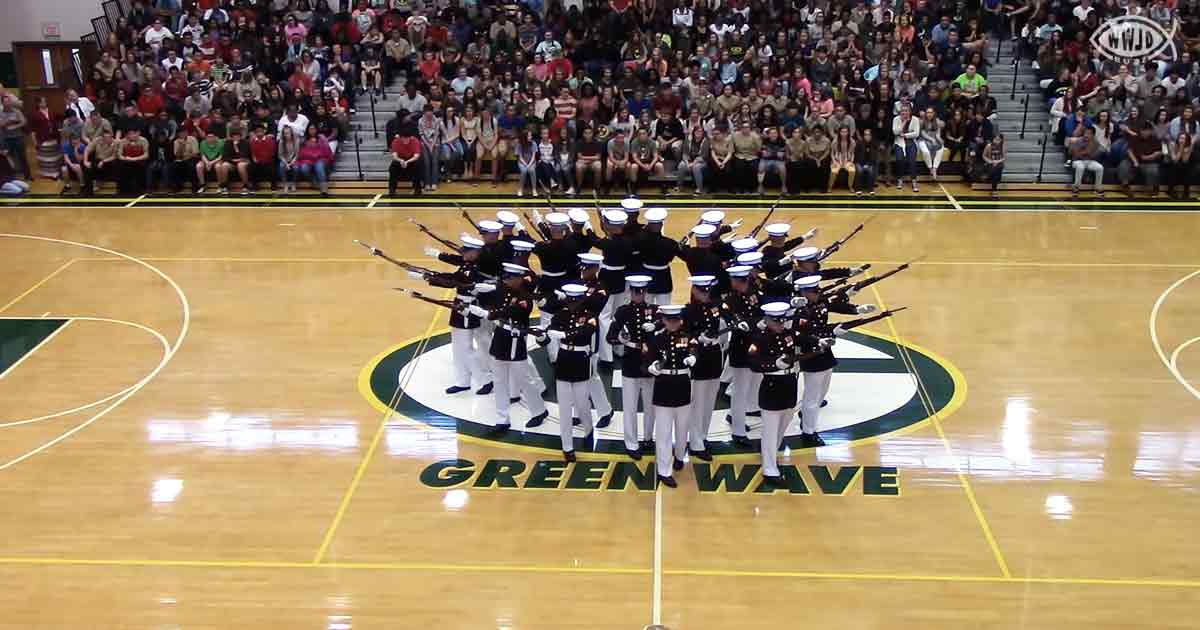 While many of us have tried spinning sticks around in our hands before, nothing compares to the control the Marines showed with their rifles. Even when they spun the rifles in the air, the weapons seemed like an extension of themselves.

But in the case of this performance, words do not do it justice. Watch this stunning drill yourself and see why the entire audience was speechless by the end of the show. 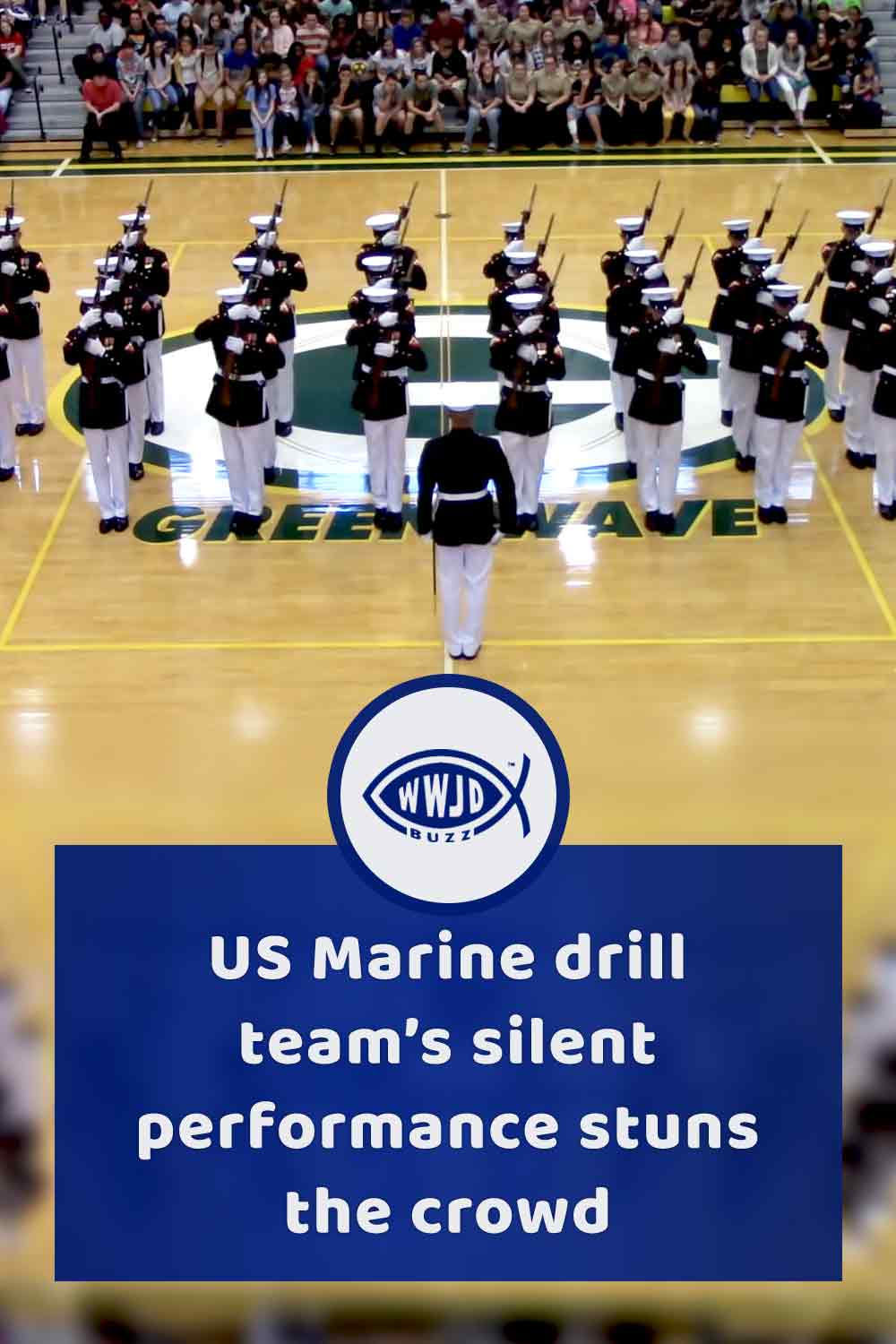