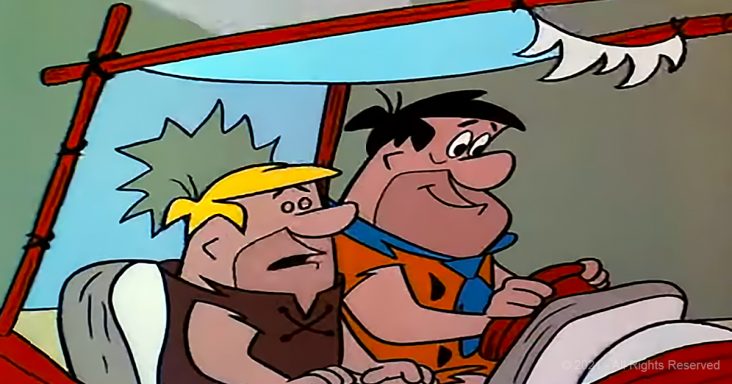 Fred and Wilma are having a baby and a lot of confusion starts to happen. Fred and Barney happened to be riding together and realized they were missing the precious cargo.

In a 1963 episode of ‘The Flintstones’, Fred and Wilma are about to welcome a new child into the world. But when it’s time to get Wilma to the hospital, hilarity begins to ensue in a confusing fashion.

When Fred tries to get Wilma, Barney tries to help out The Flintstones. However, things take a turn for the crazy.

At first, Fred and Barney are going to the hospital and realize that Wilma was left at home. But when Fred tries to pick up Wilma and set things straight, he takes Dino by mistake (thinking it was Wilma).

When a police officer stops Fred for speeding, that’s when Dino begins to reveal himself. Finally, after so many mix-ups, Wilma finally gets to the hospital.

‘The baby will be seven by the time we get to the hospital,’ Wilma says. If that one line doesn’t get you laughing, we’re not sure what will.