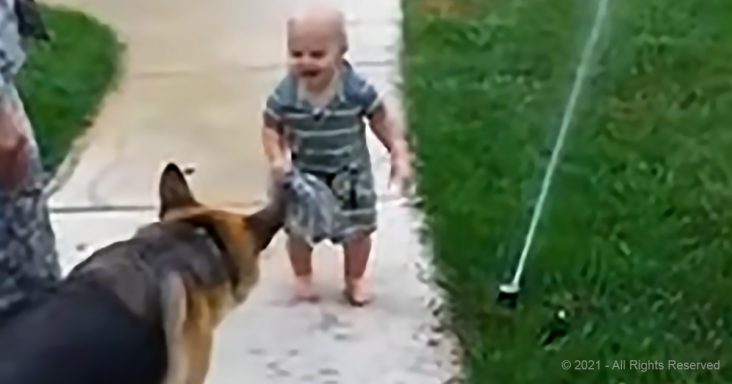 The baby proved to his German shepherd friend that you shouldn’t be afraid of the water sprinkler.

Just take a look at how the German Shepherd tries to protect his baby friend from the scary water sprinkler. But the ending is unpredictable!

A German Shepherd rescues his little friend from a scary and evil water sprinkler. How quickly fear turned into a fun game! 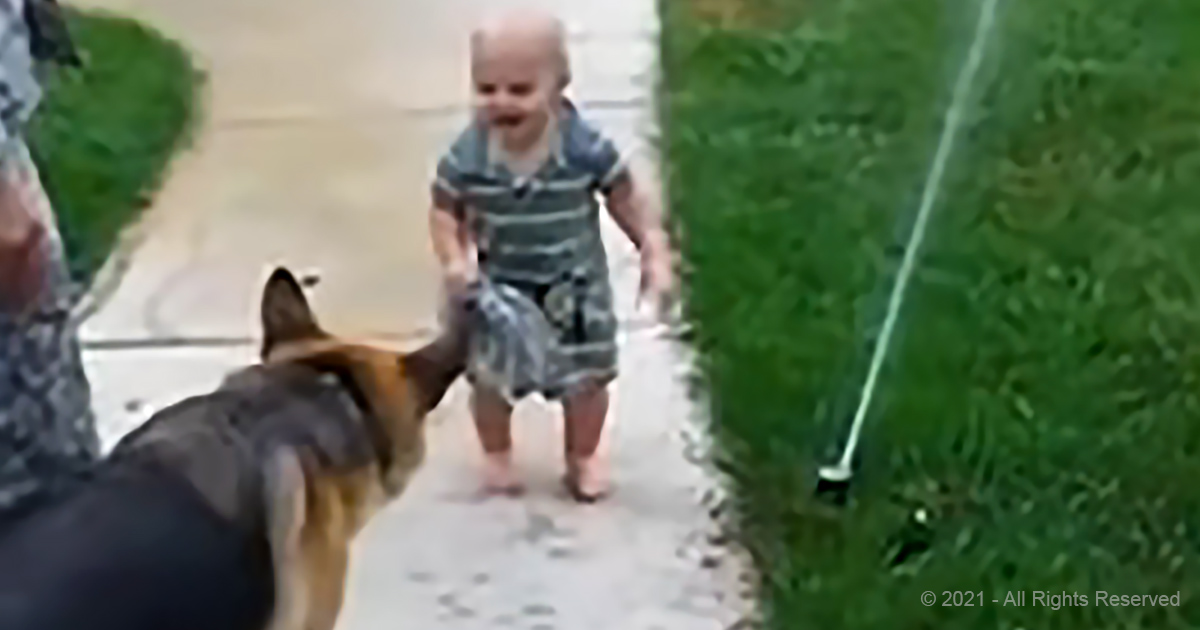 Just look at how the German Shepherd was at first afraid of the sprinkler, but after the toddler showed that there was nothing to be afraid of, he began to play with it.

Throughout, the dog’s owner laughs hysterically, and the toddler can’t believe his eyes. When the dog began to play with the water sprinkler, although at first, he was afraid of it

A toddler demonstrated to the dog that he was not afraid of a water sprinkler. The dog, however, was afraid to get close to the scary object. 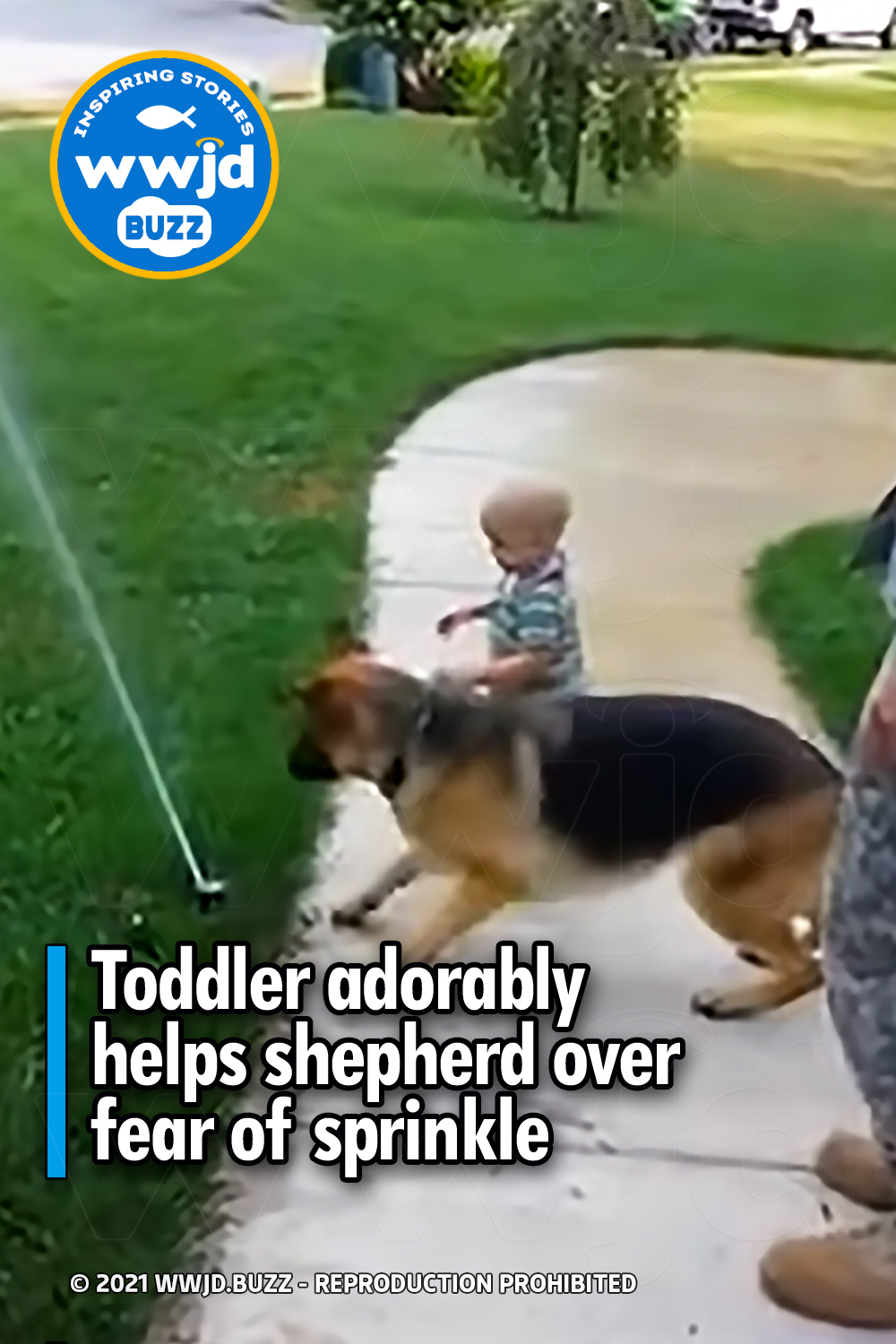