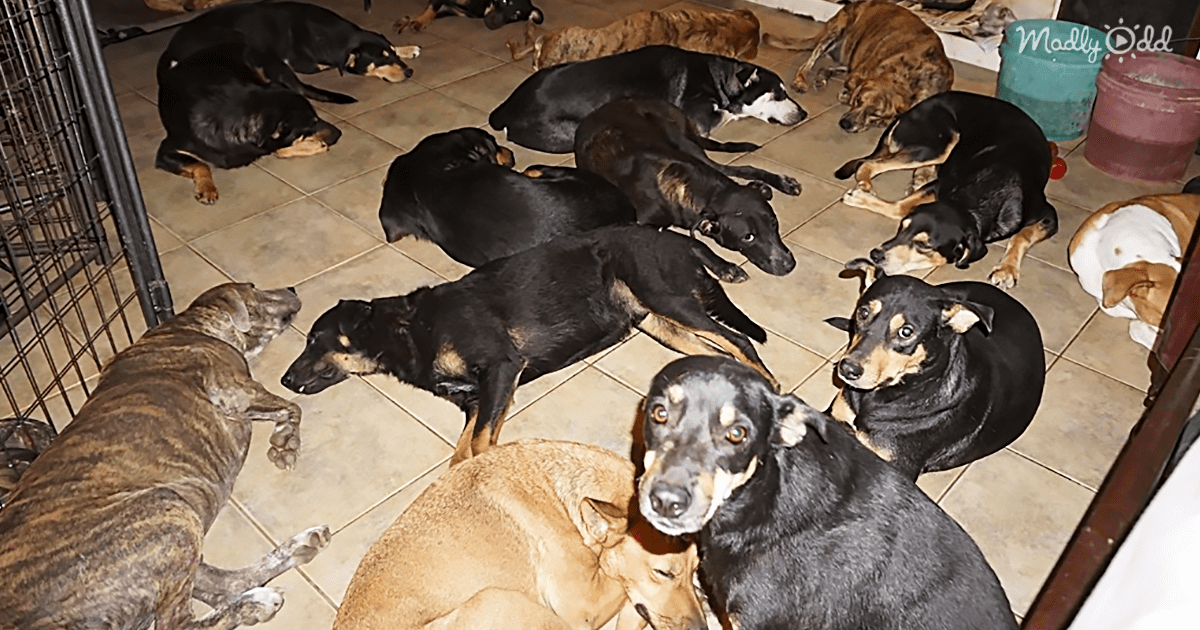 Some people call her “that crazy dog lady” and it’s something that Chella Phillips takes to heart. She runs a no-kill animal rescue called  The Voiceless Dogs Of Nassau, Bahamas.

When Chella moved to the Bahamas 15 years ago, she fell in love with the country, but she couldn’t ignore all of the stray dogs begging for scraps and love. It was then that she decided something had to be done. At first, she fostered, then adopted, later she eventually founded the Voices shelter where she has saved nearly 1,000 homeless and abandoned dogs in the Bahamas.

When Hurricane Dorian began bearing down on the Bahamas with sustained winds at 185 mph, Chella and her brother rounded up as many stray dogs as they could find around the island and took them to her home, a total of 97 in all.

Phillips posted, “All of the 97 dogs are inside my house, and 79 of them are inside my master bedroom. It has been insane since last night, but at least they are respecting my bed, and nobody has dared to jump in. We have barricaded the refuge, and nobody is outside, the music is playing in all directions of the house, and the AC is blowing for them.”

Chella went on to say, “I managed to bring some less fortunate ones and I really appreciate some of you donating for crates.. I really needed it for the scared ones and the sick ones. so Thank you!”

As the devastating storm battered the island, power went out and the water started to rise. Chella stayed up through the night to comfort the dogs and worked endlessly to keep water out of her home. 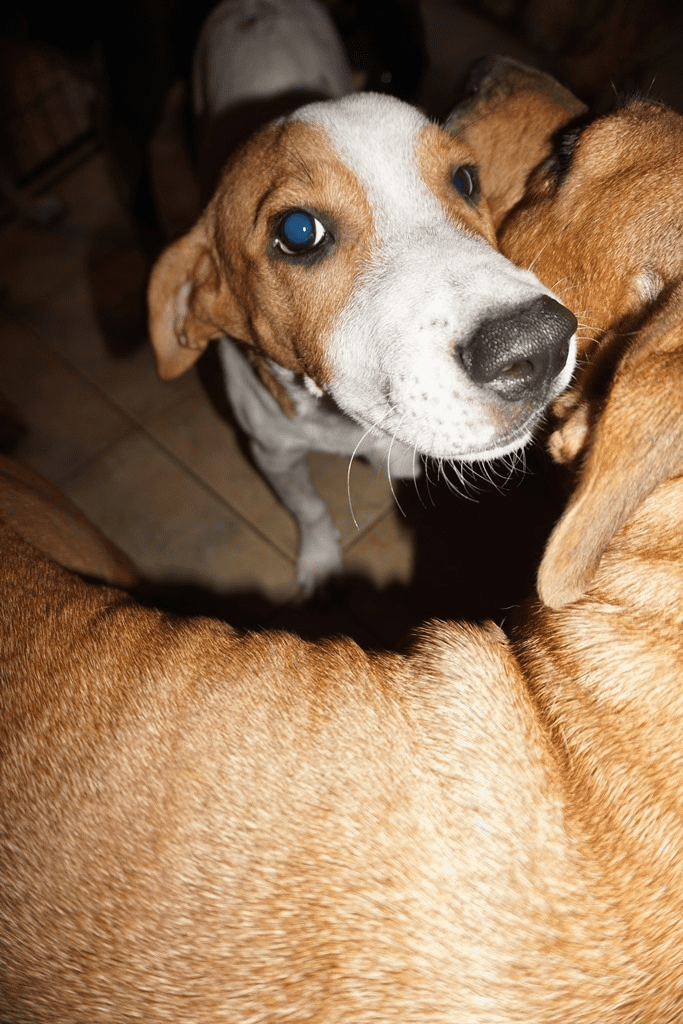 “All services are down, all TVs are fried from the lightning — so no more cartoons for the sick dogs until we can purchase new ones. My brother slept an hour; I had been on my feet without any sleep drying the house and looking after my terrified dogs.”

Chella is heartbroken for all the stray dogs that were not able to find shelter and wrote, “I don’t see how any dogs or any living being could have survived outside. My heart goes out to them.”

Chella posted, “I only have a weeks’ worth of dog food left and I am now worried that the distribution trucks won’t be delivering for a while, so my mind is racing on how to figure this immediate problem out. ”

Scores of people have reached out to Chella to thank her for saving all those dogs and to help contribute. She assured everyone that all the dogs were on their best behavior in the cramped conditions and added this update:

UPDATE FROM CHELLA: My 97 rescue dogs and I are safe and made it through Dorian so far! The wind sounded like a train that wouldn’t pass, it was so loud, water was coming in through the seams on the windows and underneath the doors, the dogs were scared… I’m starting to see the damage now, the dog houses, tents, and crates were destroyed and will need to be rebuilt, I’m seeing many more homeless and lost dogs and I can see medical helicopters flying over… I still can’t let the dogs out of my house, because the thunderstorms are still coming. I’ve been reading everyone’s posts on Facebook and my fundraising page and I want to say that my heart is overwhelmed by your notes and by your generosity.

You can contribute to The Voiceless Dogs of Pawtcake refuge August 2019 here. I made sure my dog donated.  We encourage you to do the same.  A lot of mouths to feed.