‘Light Moves at Washington National Cathedral’ is a beautiful stained glass time-lapse video by American photographer Colin Winterbottom. The breathtaking time-lapse is accompanied by the musical score of Danyal Dhondy.

The time-lapse begins with the cathedral showered in darkness. As the music starts, the light flows into the space through the multicolored windows. The effect is mesmerizing, to say the least.

Colin Winterbottom is an incredible photographer with many accolades under his belt. His beautiful work has appeared in the Washington Post, the Washington Times, and many public and private collections. 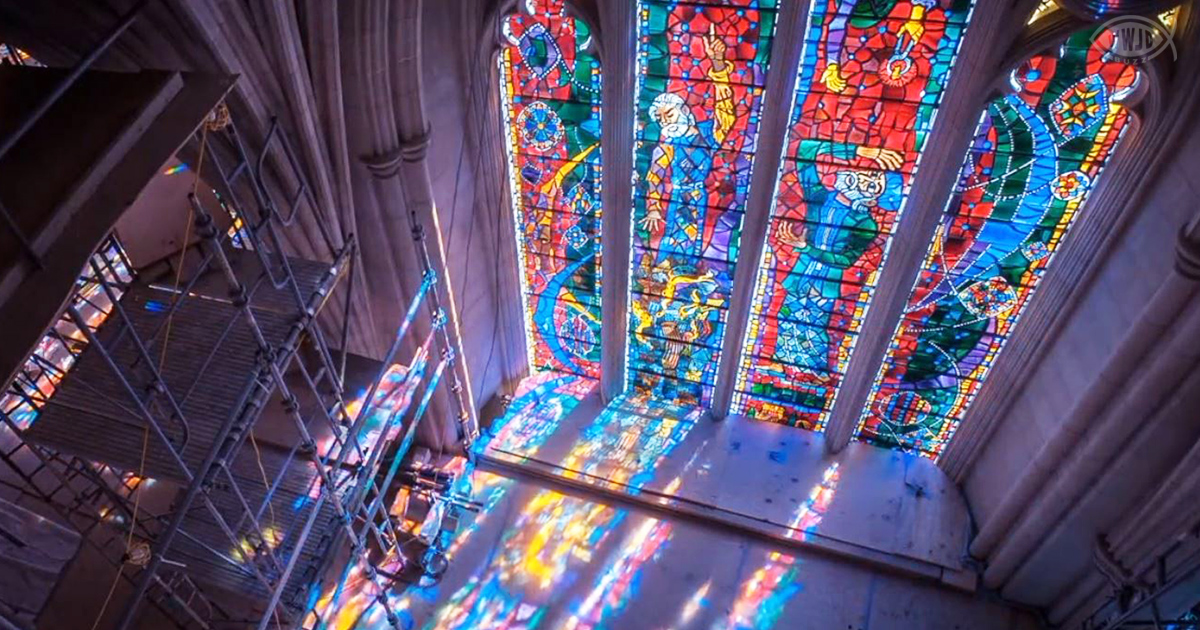 Colin has also received awards from renowned fellowships and has participated in solo and group exhibitions. His work is also part of the Photographic History Collection in the Smithsonian Institute.

The time-lapse project revolves around the architecture of the Washington National Cathedral. It is part of a previous work he had done while documenting post-earthquake repairs at the cathedral. During this time, he became enthralled by its beauty.

Colin began to mount cameras around scaffolding to take advantage of the breathtaking view. For years the video had remained silent until Danyal Dhondy offered to compose an original score for it.

Various shots of the cathedral are shown from dizzying angles. The light coming from the stained glass windows seems to dance across the space. Danyal Dhondy’s incredible musical score is the perfect accompaniment for it.