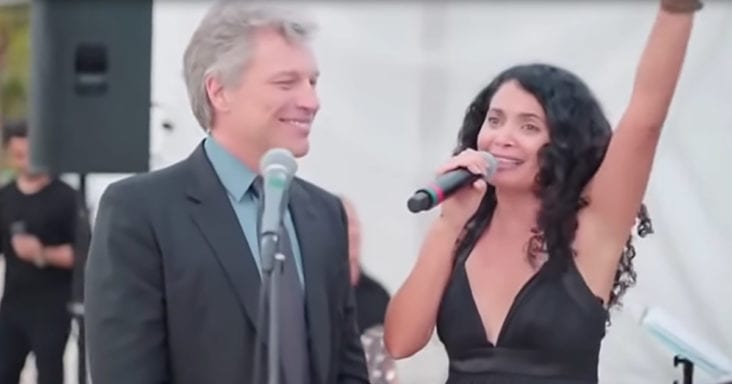 It’s not every day that you attend a wedding that has a celebrity on the guest list. During a private ceremony in Florida, guests noticed a certain someone they all seemed to recognize. Jon Bon Jovi was spotted in a handsome suit and tie sitting at a table near the stage.

The band begins to play a song that’s all too familiar to the crowd. Lourdes Valentin is performing an energetic rendition of Bon Jovi’s hit song, “Livin’ On A Prayer.” That must be pretty nerve-wracking to do in front of the tunes original artist.

Lourdes approaches Jon and encourages him to join her on stage. It appears as if he just wants to relax and enjoy the wedding like everyone else. After the iconic upbeat chorus, Bon Jovi takes over the mic to show her how it’s done.

The wedding party and guests go wild with such an intimate performance from the rock legend himself. It’s clear the decades of sold-out shows and highly-successful albums paid off, as the song ends with a bang. 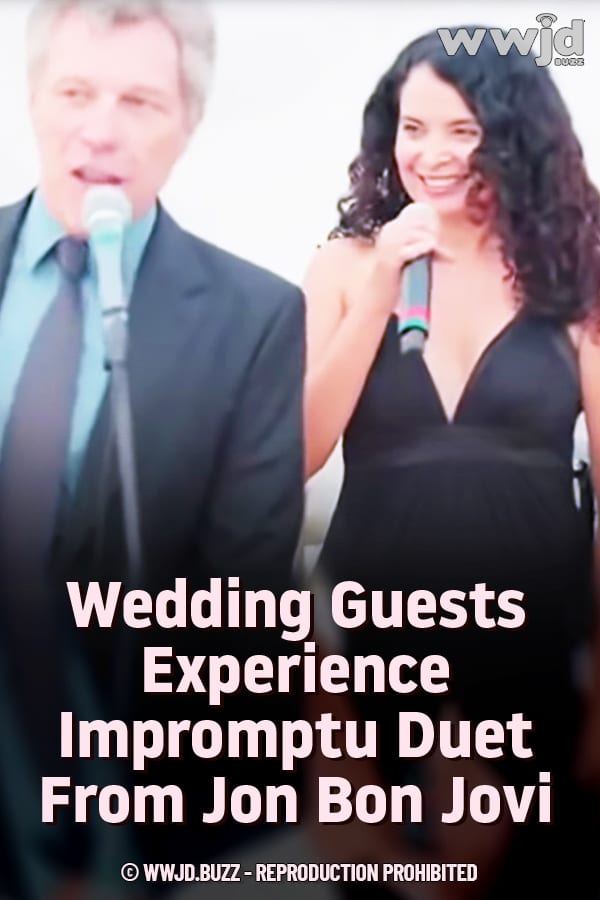