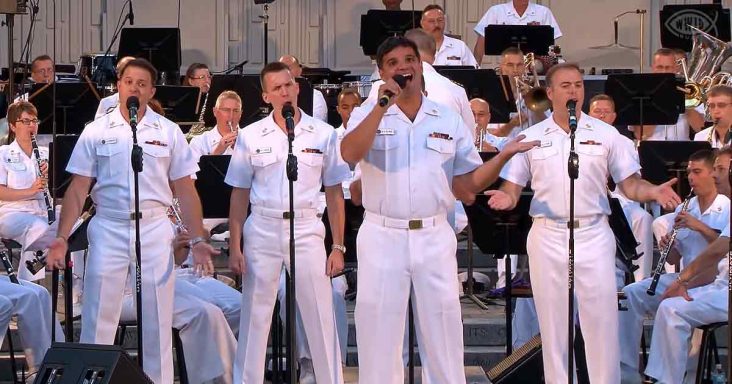 When most people think of the United States Navy, they imagine strong, determined soldiers who are non-nonsense. Few people would expect the performance this group of US Navy sailors gave. 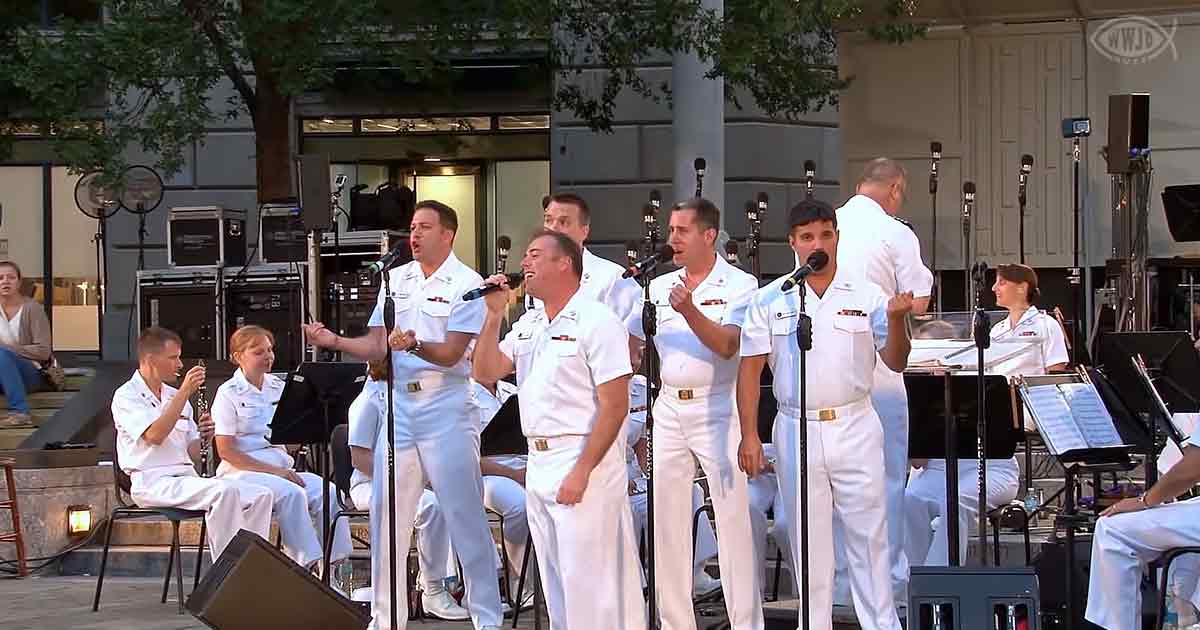 This group of five men, known as Sea Chanters, was accompanied by a full, talented orchestra. But even with a full band behind them, no one in the audience expected their astonishing singing. 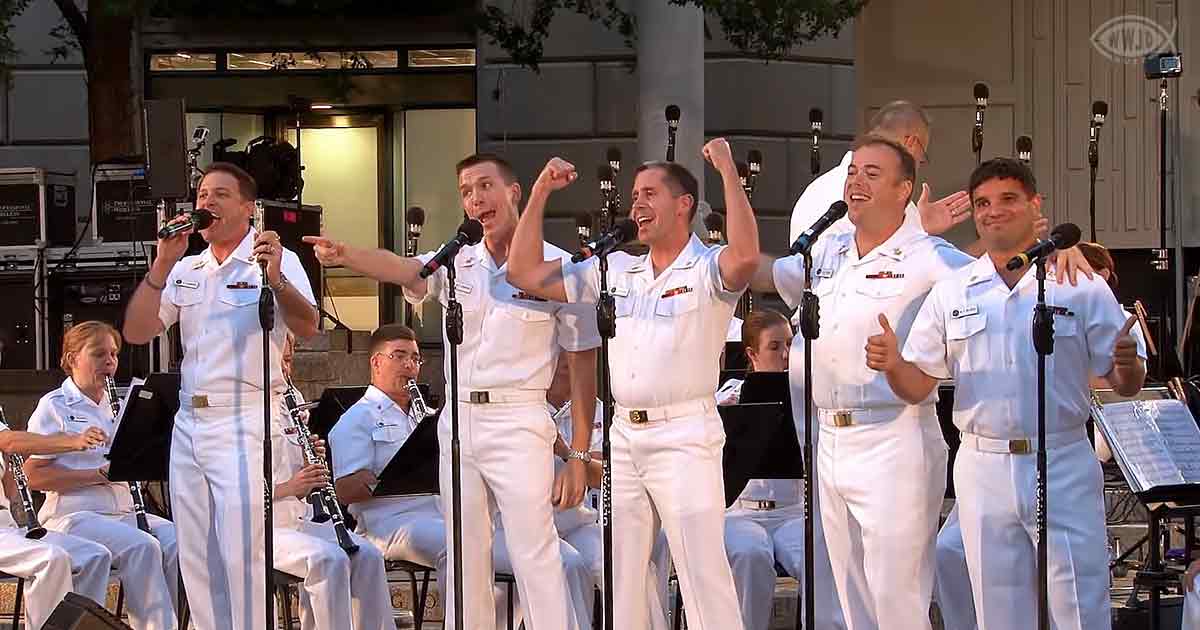 Some listeners even compared the masterful group to the legendary Frankie Vallie. And if their voices were not enough to capture you, their dancing will be sure to sweep you off your feet.

That was certainly what happened when one of the Navy Seals danced with his master chief. Every face in the crowd was smiling as he pulled her out onto the dance floor. 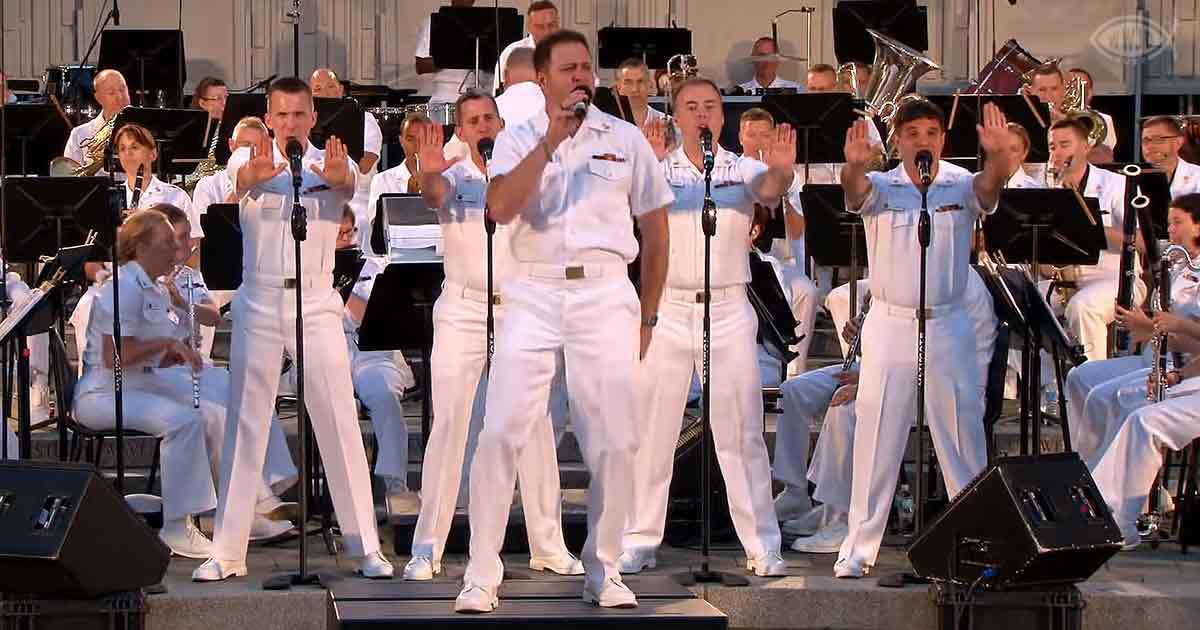 When not performing for the United States Navy or civilian audiences, Sea Chanters sang for foreign dignitaries, the President, Vice President, and several members of Congress. They were also capable of performing in a variety of styles as well.

Whoever they perform for, the effect of Sea Chanters is the same. Everyone who listens to them is sure to be impressed. Listen to their song yourself, and you will be bouncing along in no time. 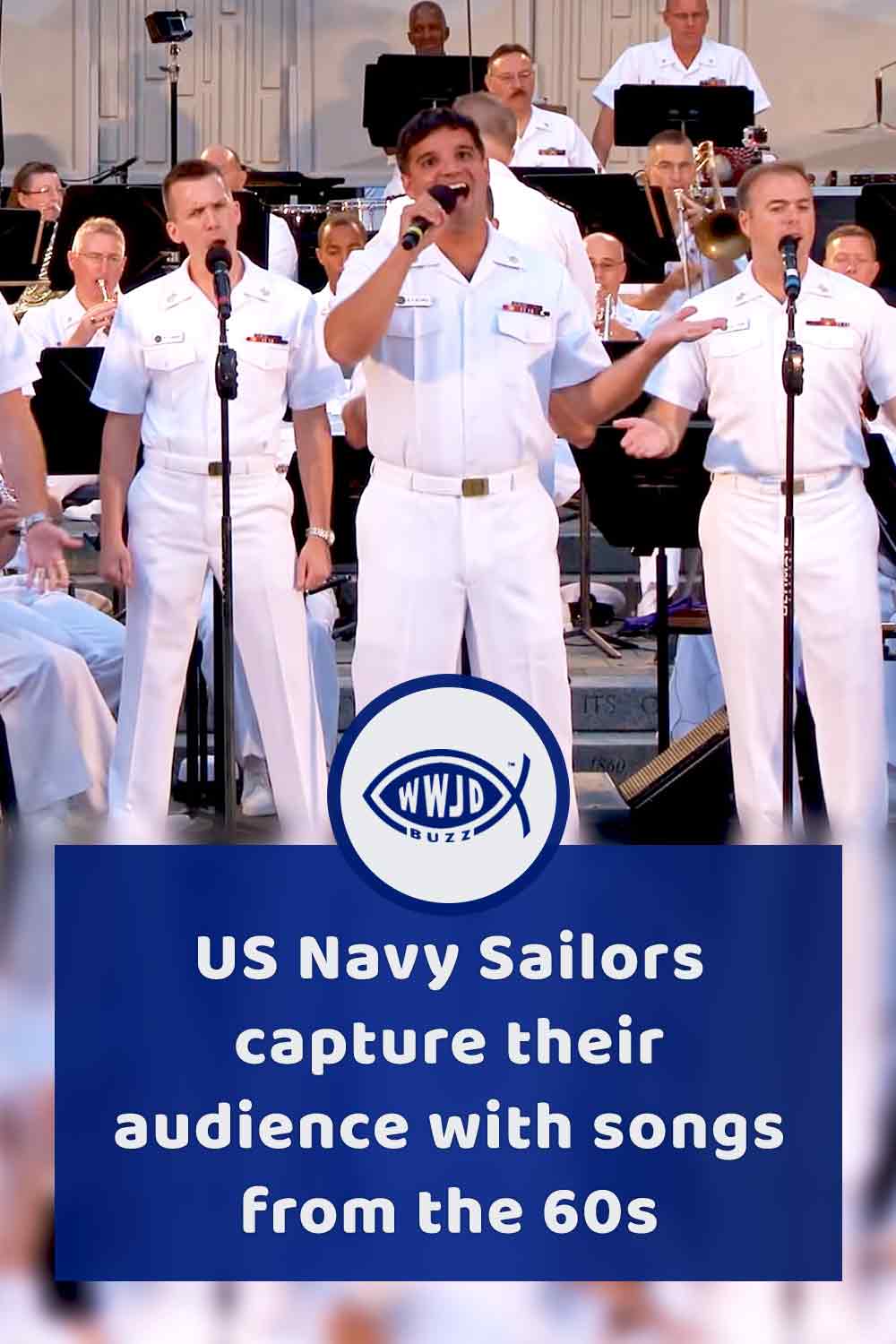