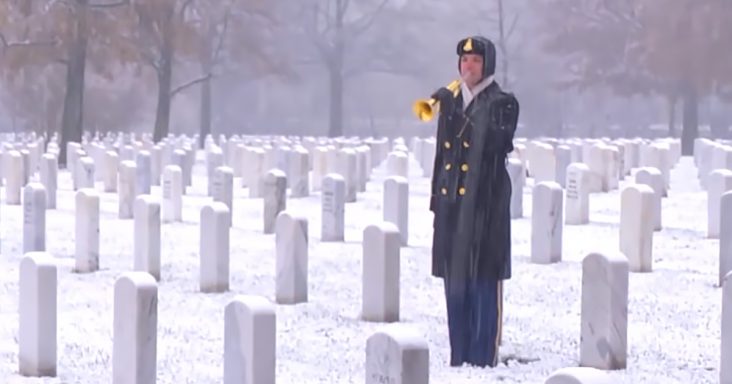 “Taps” is a song played by a military bugler during a funeral. The song is easily identifiable as films and TV shows often portray military funerals by having a bugler play the tune.

The melody played by the bugler was arranged by Union Army Brigadier General Daniel Butterfield, an American Civil War general. For over 150 years, this has traditionally been the song played to lay a deceased soldier to rest.

In this video, a lone U.S. Army bugler plays “Taps” in the Arlington National Cemetery. This cemetery is over 600 acres, and it has housed military deceased since the Civil War.

One of the more visited locations on the grounds of the National Cemetery is the Tomb of the Unknown Soldier, where nameless dead have been laid to rest since 1921.

Army Staff Sergeant Drew Fremder is a musician in the United States Army Band “Perishing’s Own.” He is dressed in his formal uniform and stands alone in a large field of graves.

The solemn tune is considered one of the most appropriate and touching parts of a military funeral. “Taps” is the final goodbye to a man or woman who gave all or a portion of their lives to military service.

When Staff Sergeant Fremder finishes playing “Taps,” he ceremoniously takes the bugle from his lips. He salutes to give his fallen brothers honor. Unfazed by the snow, the bugler stands at attention, fulfilling his duty to the last. 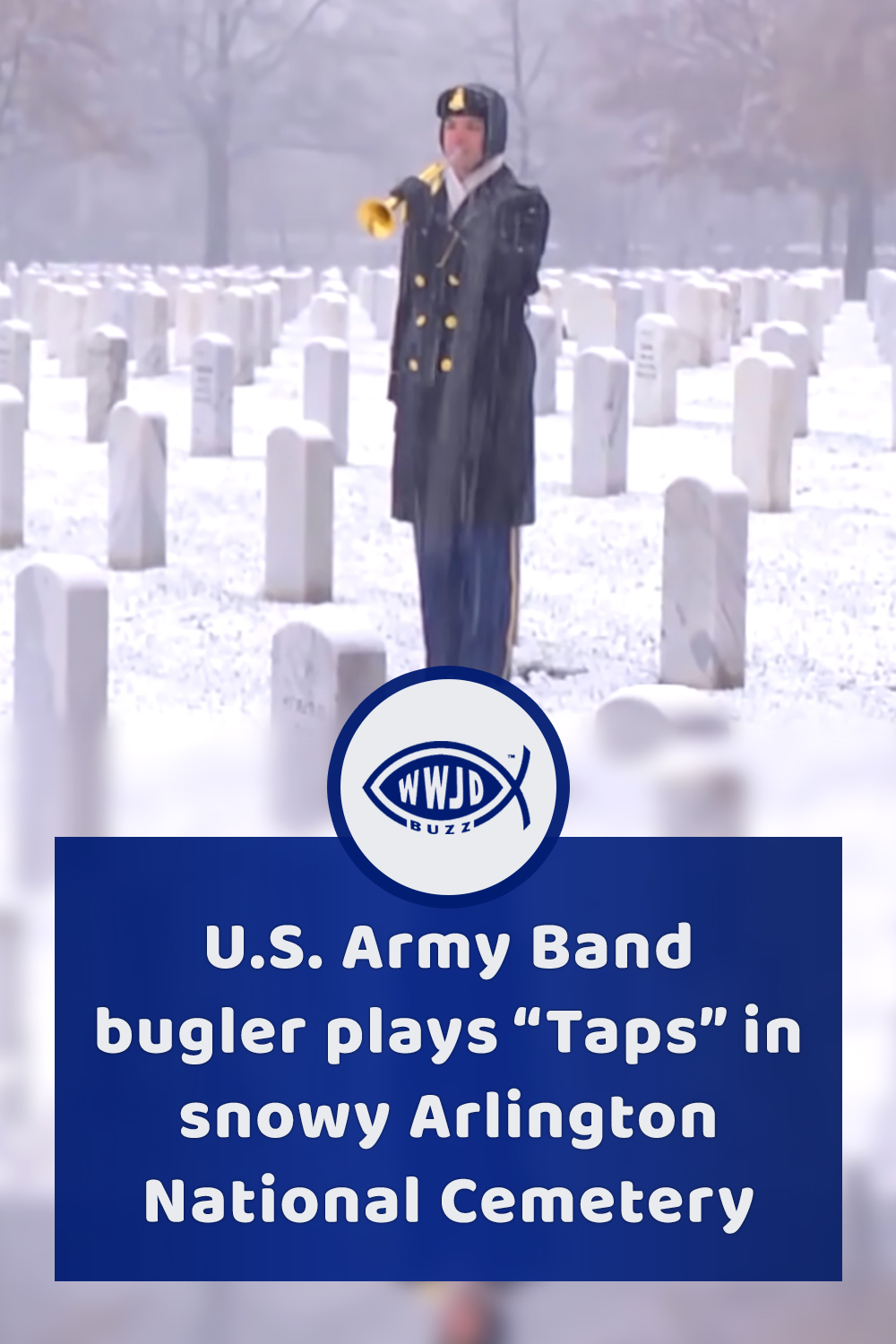