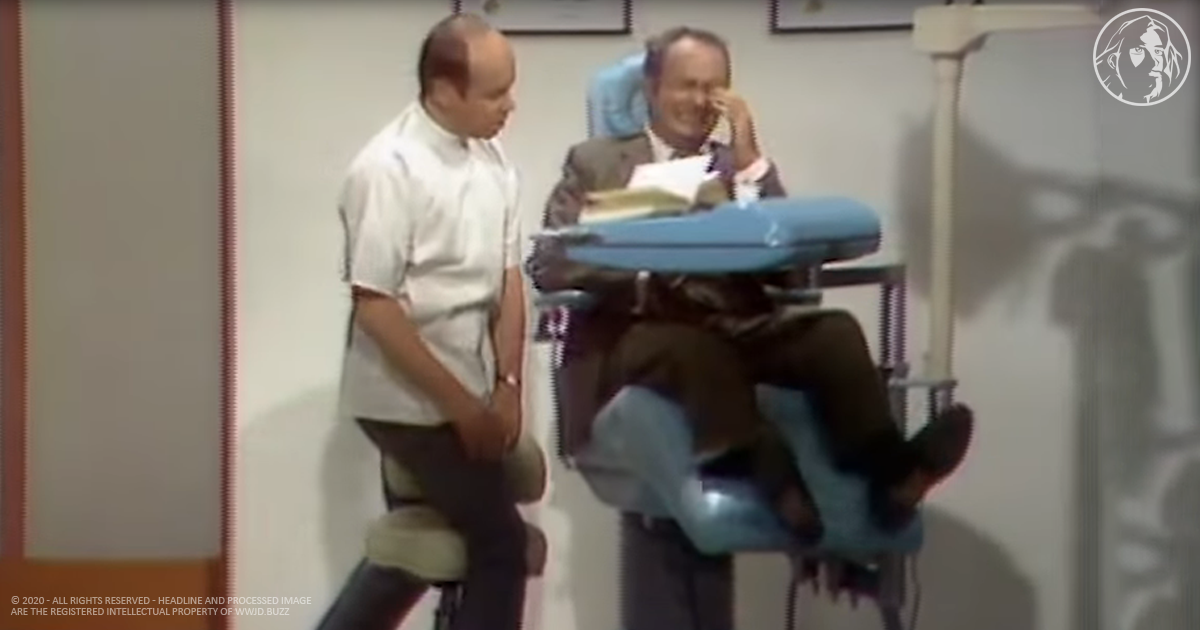 There are some people who were just born for comedy. Tim Conway was one of them – even in his 80’s, he’s got comedic timing. He seems like a really nice guy and a humble man. I always like watching his interviews, since he’s never without a great story about his time in show business. Like this one, where he talks about what happened during one of the greatest comedic sketches in TV history.

We see Conway on Conan O’Brien’s show, aptly named “Conan.” He’s having a great time talking with both Conan and his sidekick, Andy Richter. Almost every single line is a one-liner. Conan asks him about where he grew up, which turned out to be this small town outside of Cleveland. There’s absolute silence, and he sarcastically says, “Would you listen to that applause!”

After the conversation about his growing up poor and how he basically bet on himself to make it in show business, Conan gets to the important part of the interview – Conway’s Dentist sketch. If you don’t know what it is, you need to look it up. It’s one of the most famous comedy sketches of all time, and it makes me laugh every time that I watch it. There’s one important note – Conway actually made Harvey Korman, his co-star in the sketch, wet himself laughing.

They show the part – don’t worry, Korman is wearing dark pants, so it’s not that obvious. Conway’s character has already had his hand immobilized by novocaine. He’s trying to inject it into Korman’s mouth when he angrily swipes his arm in frustration, and the needle goes into his leg. After a few moments, that leg collapses, and so does Korman’s bladder. If you watch, you see him cross his legs then.

This is one of Tim and Harvey’s most famous sketches, and knowing the background will make it even funnier the next time I watch. These two were comedic geniuses for the ages.