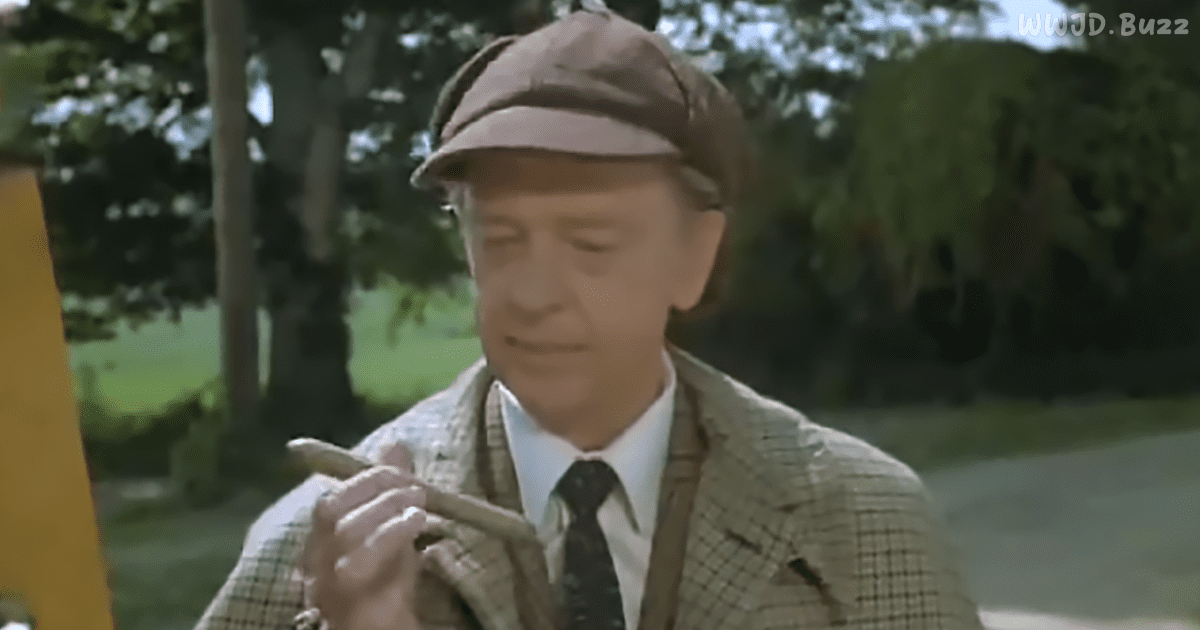 It’s slapstick comedy times two when legends Tim Conway and Don Knotts team up to make us laugh like never before.

The laughs come nonstop in this 1980 crime caper written by Tim Conway specifically for himself and Don Knotts to star in together. Their characters are “Inspector Winship” and “Dr. Tart.”

Obvious parodies of Holmes and Watson, they are American detectives now working for Scotland Yard after Dr. Tart’s (Tim Conway’s) crazy inventions got them fired from their jobs in the States.

In this clip, the two are traveling to the Morley Mansion on the English countryside to investigate the deaths of Lord and Lady Morley at the hands of a mysterious, caped figure known only as “the Shadow.”

Along the way, we get a glimpse of one of Dr. Tart’s creations, the hilarious “time gun” which automatically goes off every hour on the hour, for no apparent reason. These two kings of comedy are dangerously funny in more ways than one.

Wait until you see what happens when they stop at a filling station. LOL… Nobody can forget it.

That was followed by The Prize Fighter, which was co-written by Conway for himself and Knotts. These films did so well at the box office that Conway didn’t want the ride to end, so he wrote The Private Eyes, and we’re grateful that he did.

Did you know that both comedians appeared regularly on The Steve Allen Show at separate times back in the day? They finally got a chance to work together when Disney paired them for the first Apple Dumping Gang movie, and their chemistry was a side-splitting hit with millions of fans of all ages.

“I watched this movie over and over as a kid in the ‘80s no matter how many times it came on TV!” wrote one enthusiastic fan of this famous gas station sequence.

“I love it,” agreed another.  “Tim and Don together, two of the funniest men ever!”

Watch Tim and Don blow the gas station attendants’ minds, among other things, in the video below and then pass it along to a friend. Enjoy