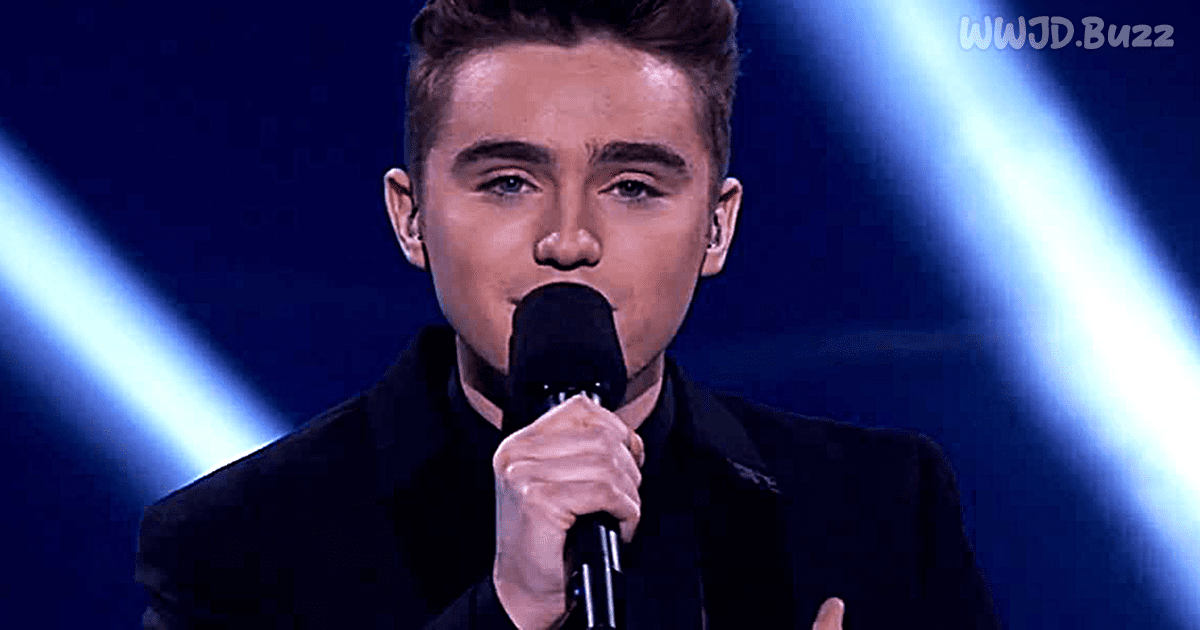 Stuttering is a challenge for Harrison Craig, but he proves that not only can he sing, he can also touch hearts.  The eighteen-year-old never thought he’d ever be able to stand in front of an audience, let alone on the stage of The Voice: Australia in front of millions of people, but here he is.

Growing up, Harrison struggled with a severe stutter that left him vulnerable to bullying at school.  His mother suggested he take private voice lessons and join a boys’ choir as a way to try to overcome his stutter and build his confidence.  Music brought something out of him, no one ever saw coming.

In the second season of The Voice: Australia, Harrison took the stage to audition and to try to make his dream of pursuing music become a reality.  For his blind audition, Harrison chose the iconic song “Unchained Melody” by the Righteous Brothers.

The sweet, genuine singer became an instant audience favorite.  Harrison’s voice gained confidence and strength as he went along, and his higher register and falsetto near the end of the song really got the crowd and judges cheering.

Harrison’s performance wowed both the audience and the judges, resulting in a standing ovation from everyone.  Backstage, his mother and brother were in tears at the reception that Harrison had just received from everyone.

Later, coach Ricky Martin complimented Harrison: “Every word you sing has so much meaning…every phrase.  I love your tone. So melodic.”  The crowd – and viewers – agreed with Ricky, because Harrison went on to win Season 2.  This goes to show that if you don’t give up, just about anything is possible.

If you loved this emotional performance, please share Harrison Craig’s audition video with your friends and join the conversation going on down below.