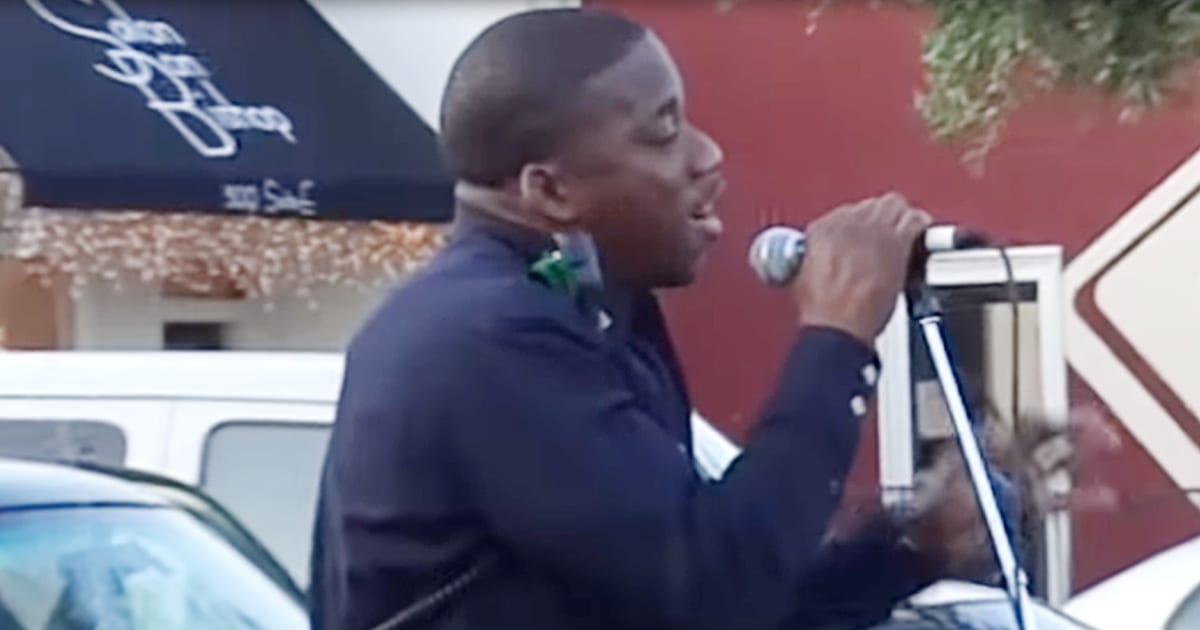 During the 2012 Oak Cliff Film Festival in Dallas, Texas, attendees were treated to local delicacies all while being serenaded by live music. However, they never expected to hear a voice quite like this from the crowd.

As this young officer takes the stage, a small flock of curious listeners cautiously gather to watch. As the Trey Songz hit “Heart Attack” starts to pump from the massive speakers, this cop gave Songz a run for his money with his killer performance.

While a police officer at a rowdy street festival would probably spend most of his time surveying the crowd and watching out for commotion, we never expected him to cause his own scene. And the crowd is 100% there for it, with some ladies even stepping up to flaunt their moves to the beat of the music.

And it’s not just his soaring belt that steals the show, this cop has plenty of charisma to match his singing chops, looking completely composed for the duration of his performance. After a production like that, perhaps this police officer should consider changing his line of work.