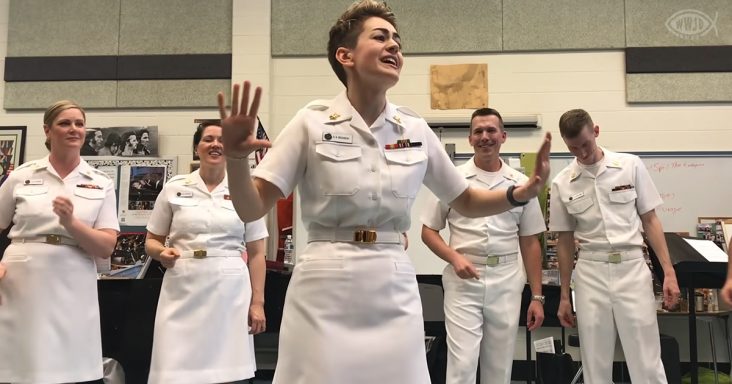 The Navy Sea Chanters are making waves on the internet with a mashup of “Dancing in the Street” by Martha and the Vandellas and “Just Dance” by Lady Gaga. 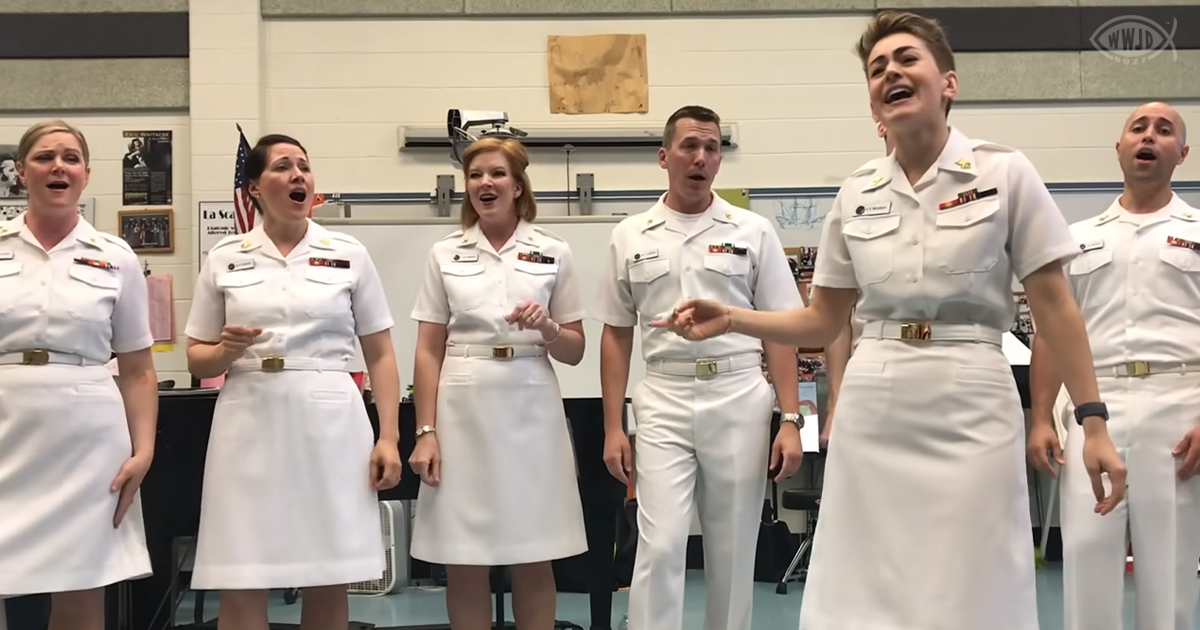 The mixed chorus was founded in 1956 by Admiral Arleigh Burke with the purpose of “perpetuating songs of the sea”. They have made quite a name for themselves through their diverse performances in traditional choral music, sea chanteys, patriotic fare, opera, Broadway and contemporary music.

At this performance, the group takes a kind of casual approach while keeping it synchronized to a T. At one point, Broadbent even pauses to say, “What else?” before jumping back into the song without missing a beat.

They are often at the center of nationally important events to help spread patriotic cheer and to help citizens through times of national grieving.

They have also appeared on national television on shows like Larry King Live, Fox and Friends and CBS This Morning, as well as the Super Bowl and the national premier of the movie Pearl Harbor. 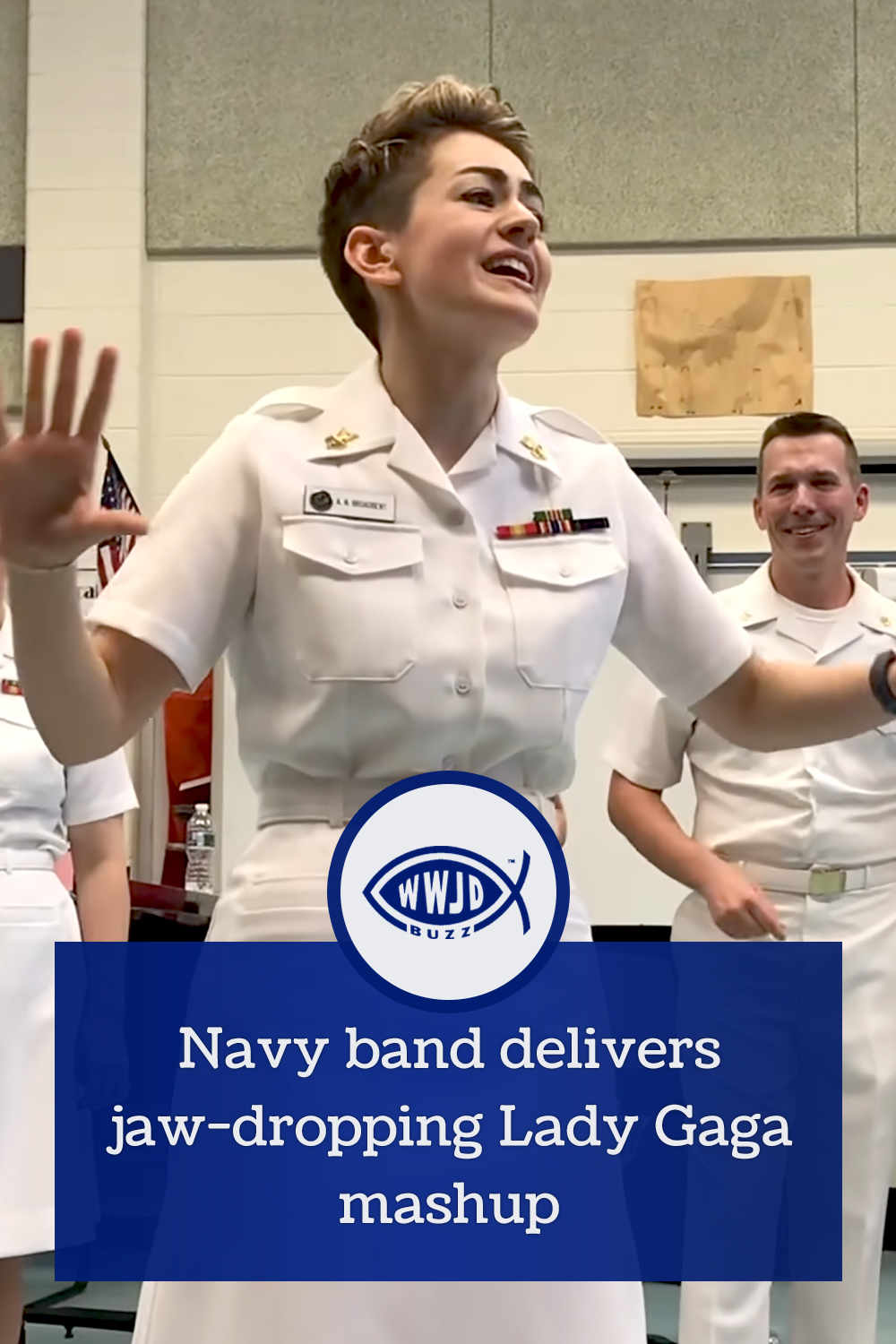