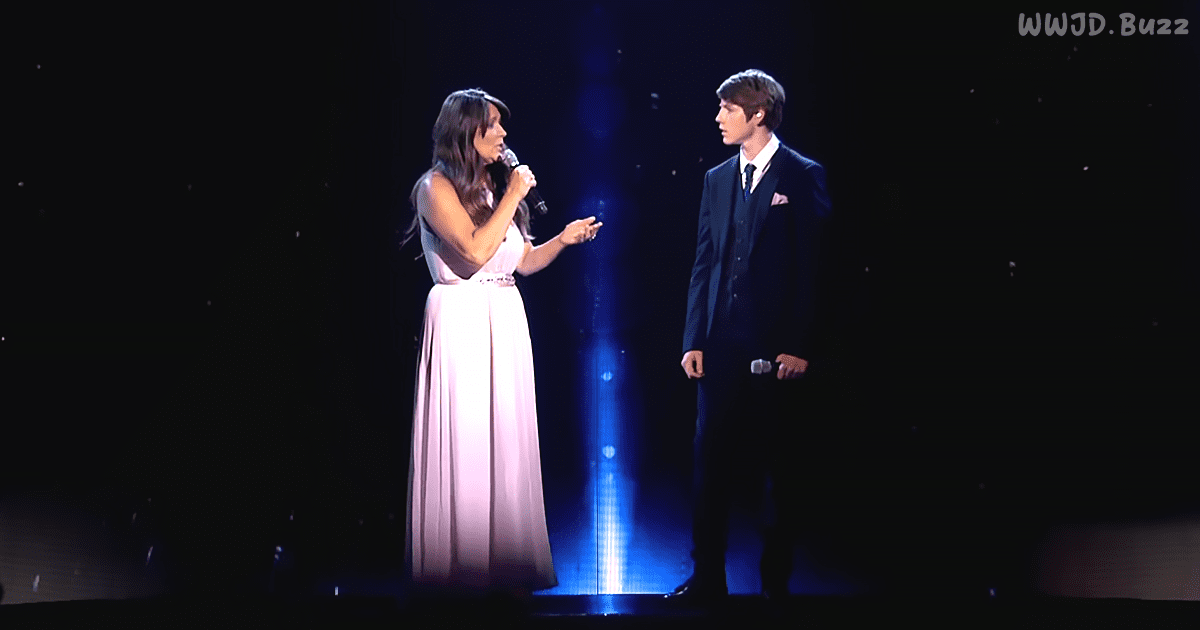 They may have only been singing together for a couple of weeks, but it’s mother and son’s time to shine.

Most sixteen-year-old boys would be embarrassed to be seen in public with their mother, let alone hold her hand or sing with her.  Yet, Jamie Gilpin isn’t your average teenager. The high school student from Bridgend decided to audition with his mom, Mel, for Britain’s Got Talent.

Even though the two had only been singing duets together for a few weeks, the judges were impressed with the natural talent the two had. Something special seemed to happen when they came together to sing. They chose “The Climb” by Miley Cyrus, an emotional song if sung by the right people.

In the music circles, “The Climb” is considered to be a “power ballad” (a slow-tempo song building to a loud and emotive chorus) with lyrics that describe life as a difficult but rewarding journey. It is styled as a country-pop ballad and was Cyrus’ first solo song to be released to country radio. The instrumentation includes piano, guitar, and violins.

As the introduction for the song starts, the mother and son duo are standing side by side on an elevated platform, surrounded by a few musicians.  Mel starts the song off as she looks lovingly at her son.  She has no problem letting Jamie take the song’s lead next.

While their voices are good individually, the magic happens when they sing together.  Their voices blend so beautifully, and at times they sound like one voice.  Mel and Jamie blend like only family can.

Near the end of the song, the mother and son even join hands.  What an amazing example of what a relationship between a mother and son should be.  There is just something so touching about watching the two of them sing together.

Speaking to the Daily Mail newspaper, Mel said: “I grabbed Jamie’s hand on stage to give us both extra strength because it was pretty nerve-racking. I used to perform in clubs and was once offered the chance to sing on a cruise ship, but my priority has always been my children — so I didn’t pursue it. All my life I’ve dreamed of being a famous singer, but I wanted my boys to have a normal, stable upbringing. I’m singing on Britain’s Got Talent with my son. What mother wouldn’t enjoy every single second of that?”

The judges couldn’t decide which of them to send through to the final, so it went back to the public vote, with Mel and Jamie triumphing. Judge Amanda Holden told them, “You just can’t get away from genetics. That was superb! The harmonizing was gorgeous.”

Judge Simon Cowell didn’t really care for their song choice; he thought it was a little predictable.  He admitted that on paper, their act wouldn’t be something he normally would like, but somehow the combination of the two of them made it work. Despite the poor song choice, Simon complimented them, “It was another great performance.”

Clearly touched by the performance, Judge David Walliams confessed, “There’s just something so emotional about a mother and son, that’s such a special connection.  You turned that something into really beautiful.”

David said it best – there’s something very special about the connection between a mother and son.  Mel and Jamie’s love for each other is very clear and touching. 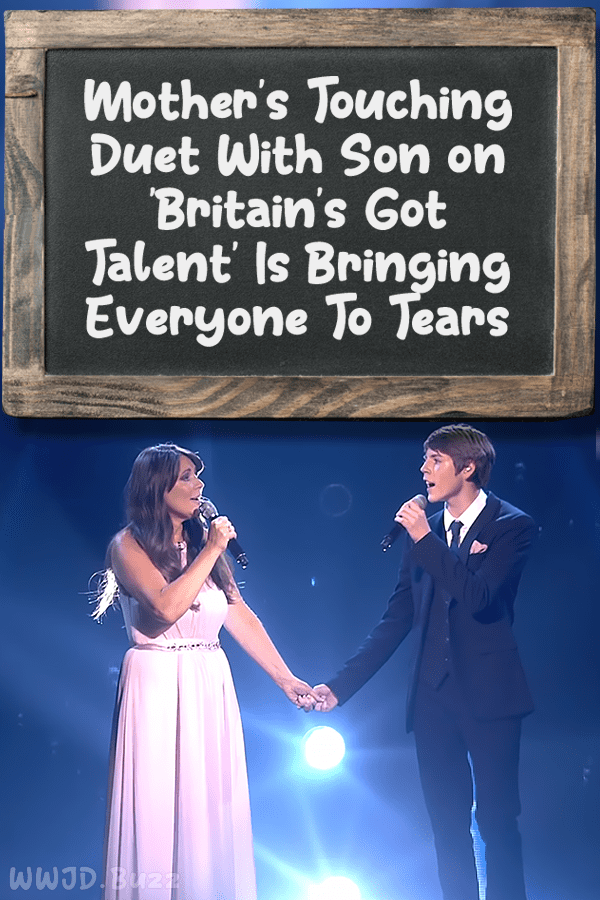