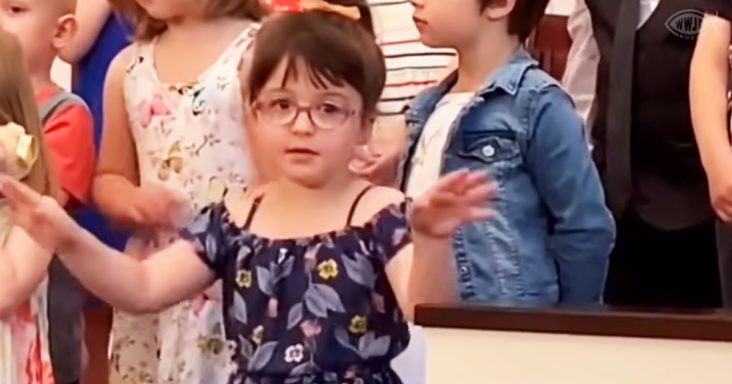 Graduations & preschool concerts are very important in a child’s life, and parents make sure they are there for them. It is a regular day in a child’s life, but it would be their child’s first performance they want to remember for the parents.

One such preschool graduation concert in Ohio recently had a class of five-year-olds singing “Tooty Ta,” a fun song for kids. Most preschoolers were swaying with the music and singing the song in chorus.

However, one little girl, Lily, decided to dance to her own beat. Usually, this song got the children to dance on its beats, but she took the dancing to a totally different level.

This preschooler from Ohio made an impressive performance with her smooth dancing moves at her graduation ceremony that people don’t want to forget. She danced on the stage like a pro and looked so confident.

She had no problem dancing on her own instead of following what the others did. Her classmates were simply swaying to the music and were singing the song, but little Lily had some other plans.

Lily stood on the stage wearing a blue printed off-shoulder frock. Her hair was tied in a cute up-do, and she had a bow pinned to her hair. Obviously, she was having fun while performing her silly yet adorable dance moves.

Lily’s grandmother, Mrs. Blair, loved the moves and could not stop herself from smiling at her granddaughter’s performance. However, it was not just her grandmother. Other parents also started laughing and enjoyed her fantastic performance at some point. It brought a smile to everyone’s face. 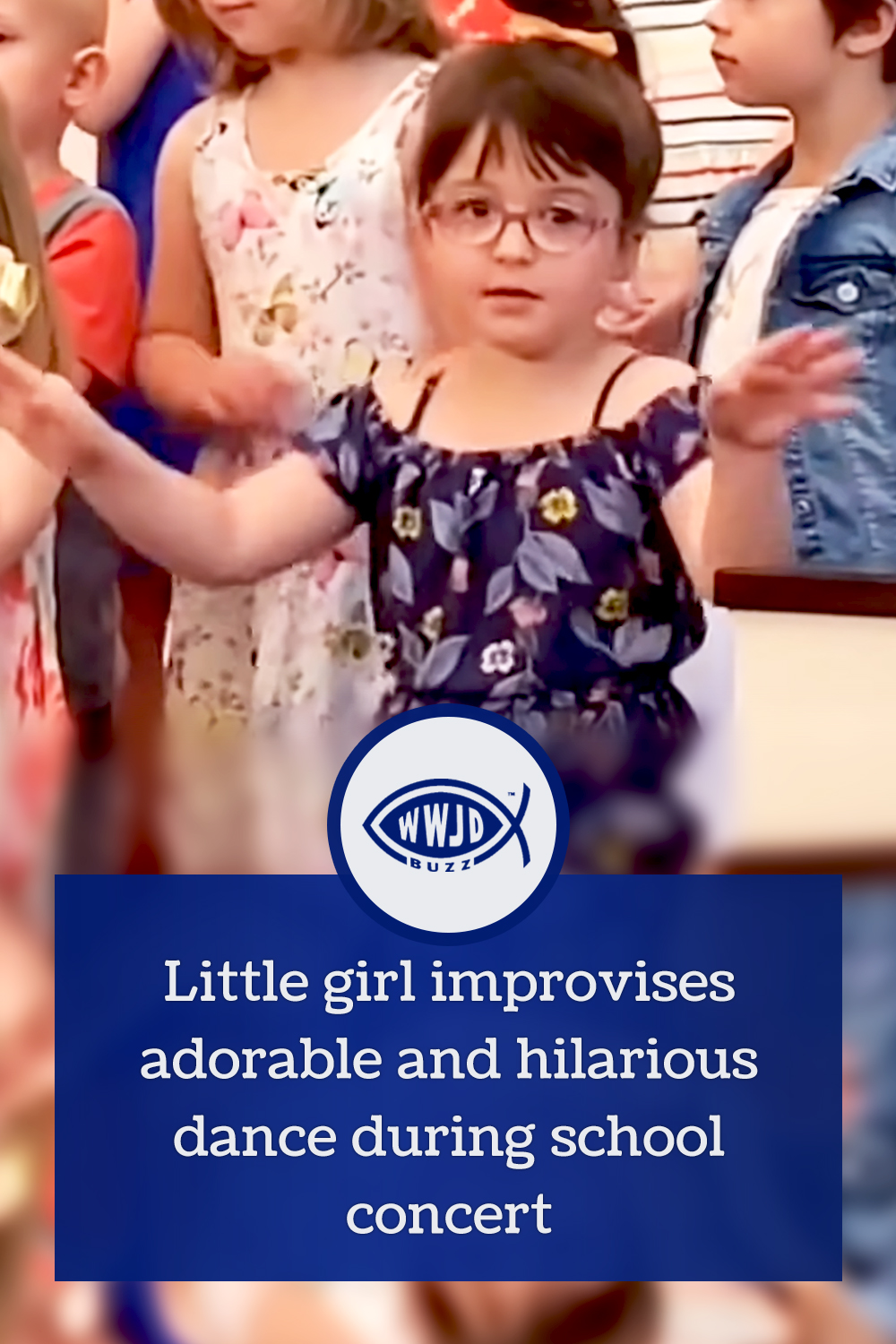