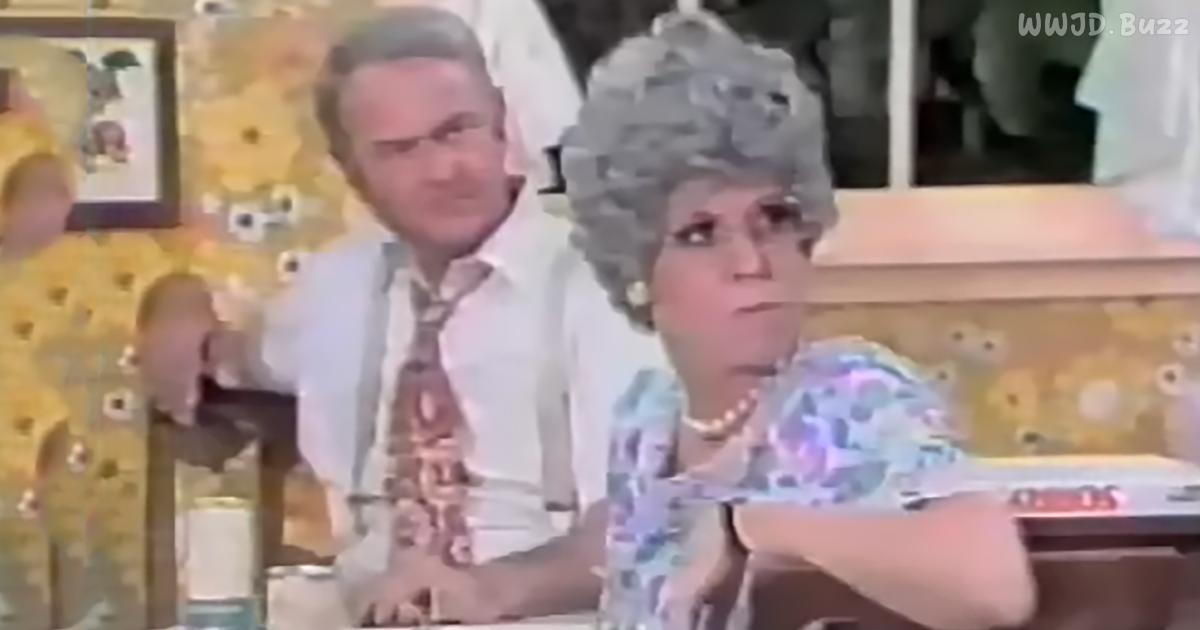 Who doesn’t love watching television and film bloopers? Then there are those from comedies that show that even the best comedians are human and are capable of laughing at their co-stars’ behavior.

This video shows two comedic legends cracking each other up. The scene opens up with Carol Burnett’s Eunice having a tantrum. She rips up a pillow and starts screaming while the rest of the family looks on, bewildered. Finally, Momma, who is played by Lawrence, gets up and stomps over to Eunice, about to let loose with her barbed tongue.

There’s a reason this show is called “Momma’s Family” and not “Eunice’s Family.” As soon as Lawrence gets that line “You’re not playing with a full deck,” Burnett has to turn her head away from the camera because otherwise we’ll see her desperately trying not to crack up.

Undeterred, Lawrence goes on. “You got a squirrel den in your head. Is it that time of the month for you? Are you ridin’ the cotton pony?” Here, the audience sounds like they are wetting their pants themselves.

Lawrence knows they are probably going to have to shoot this scene again; she can’t keep a bemused smile off her face either. After a few moments, Burnett tries to collect herself enough to get the next line out: “If you’ve got any more of these, Momma, you better say them now.”

The video ends after that. It’s a good thing because I think Burnett was going to fall over laughing after that. Blooper reels and outtakes are always the best, aren’t they?