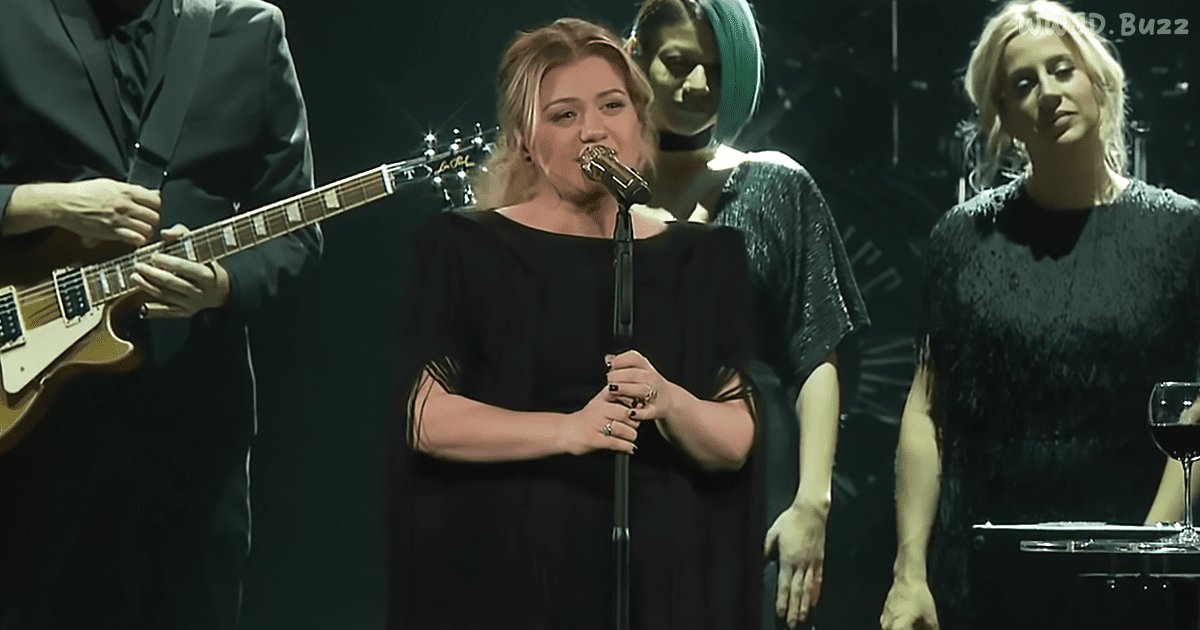 Lady Gaga sings this song in the movie with Bradley Cooper as a duet and it has been nominated for several awards.  Kelly Clarkson did not have Bradly Cooper to sing with, but she did not need him as her rendition was flawless.

Kelly Clarkson on her tour talks about how she and “Lady Gaga” first met at a benefit show they were doing together.   Clarkson said she had never met her before this event and that “Lady Gaga” is inspiring and extremely talented.

Clarkson tells the audience that “Lady Gaga” gave her a handwritten thank you note for allowing her to open for Clarkson.  Clarkson explains how different they and how she respects “Lady Gaga” so much for her love of making great music.

Then Clarkson announces that she will be performing her version of “Lady Gaga’s” hit song from “A Star Is Born,” “Shallow.”  The audience immediately responds with applause.

Clarkson seems a bit nervous as she says to the audience, “I hope I don’t sing too terribly, and if I do, I hope she does not see it.”  She laughs a little as did the audience.

Clarkson’s performance was amazing and had the audience roaring. Her voice was perfect for this song as her pitch and tones are like Gaga.

Kelly Clarkson and Lady Gaga make for a great duo, maybe they can get together and perform together sometime soon but, in the meantime, Kelly is still on tour and Lady Gaga has been nominated for several Oscars.

Now it’s your turn to watch this masterpiece performance that pays homage to Lady Gaga and Bradley Cooper hit. If you love Lady Gaga’s version of the song, wait until you hear this!