Whether you are young or old, at some point in your life you have probably heard the classic American song, ‘God Bless America.’ Now, you can listen to its original performance.

Singing in the film ‘In the Army,’ Kate Smith delivered one of the greatest performances of her career – and one of the most enduring versions of the famous ‘God Bless America.’

The song was written by Irving Berlin, who also plays a role in the movie. Also starring in the film is a young Ronald Reagan, years before he would go on to become a United States president. 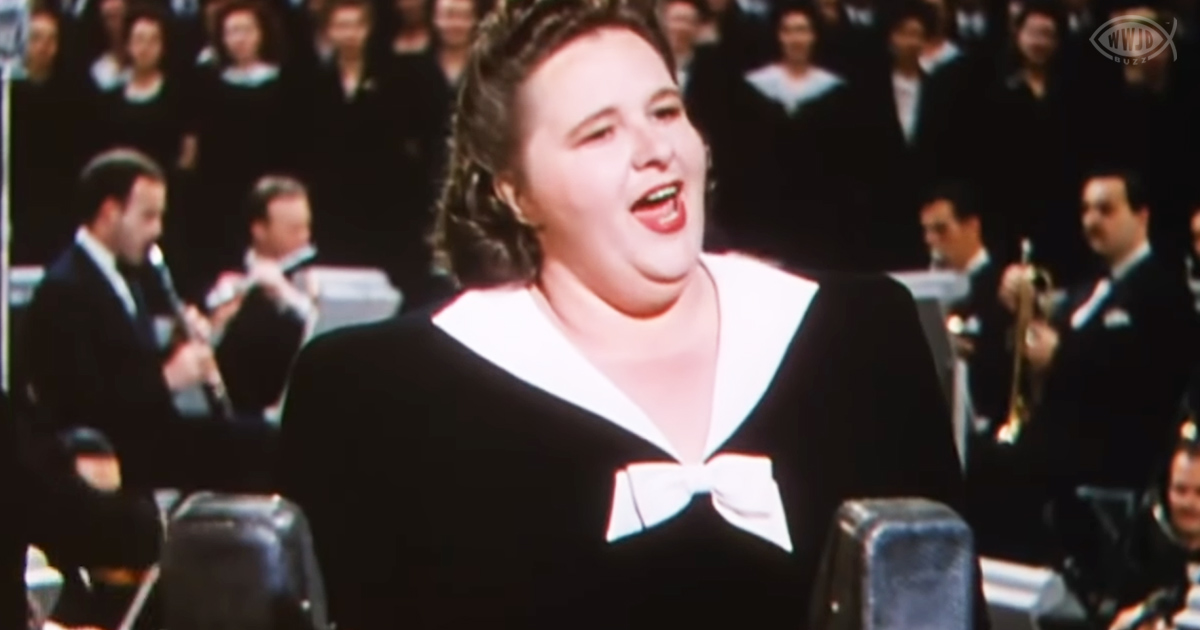 Kate Smith’s version of ‘God Bless America’ brings out all the wonderful features of the song. She begins by singing the verses with power and pride, describing what makes the nation great.

But when she arrives at the now instantly recognizable chorus and with her incredible voice sings those immortal title words, ‘God Bless America,’ Kate Smith reaches another level of performance.

And she is not the only one who is moved by the Irving Berlin lyrics. The film uses a montage scene to show how many other people are listening to her singing, and how it positively affects them.

Although Kate Smith performed this song in 1943 as part of the war effort, her singing and the words of this song have endured for generations. It is a beautiful version of a classic American song.