Stars like Audrey Hepburn, Frank Sinatra, and Marylin Monroe are some of the household names that we hold near and dear to our hearts. When Jimmy Durante came into the scene, he shook things up for everyone in Hollywood.

Durante grew up in the Lower East Side of New York City and dropped out of school to become a piano player. While his voice wasn’t smooth like Sinatra’s, it was uncommon and unique, making Jimmy stand out from other musicians around.

He became one of the top billing vaudeville and radio acts during his time. Even though he eventually moves to film and television, Durante decided to sing the 1953 hit, “Young At Heart,” a decade after the song first came out.

Jimmy was 70 years old when he performed this classic tune for his fans. There is something nostalgic and wholesome about his rendition that will make you feel like your grandpa is serenading you with a loving song about the good ol’ days. 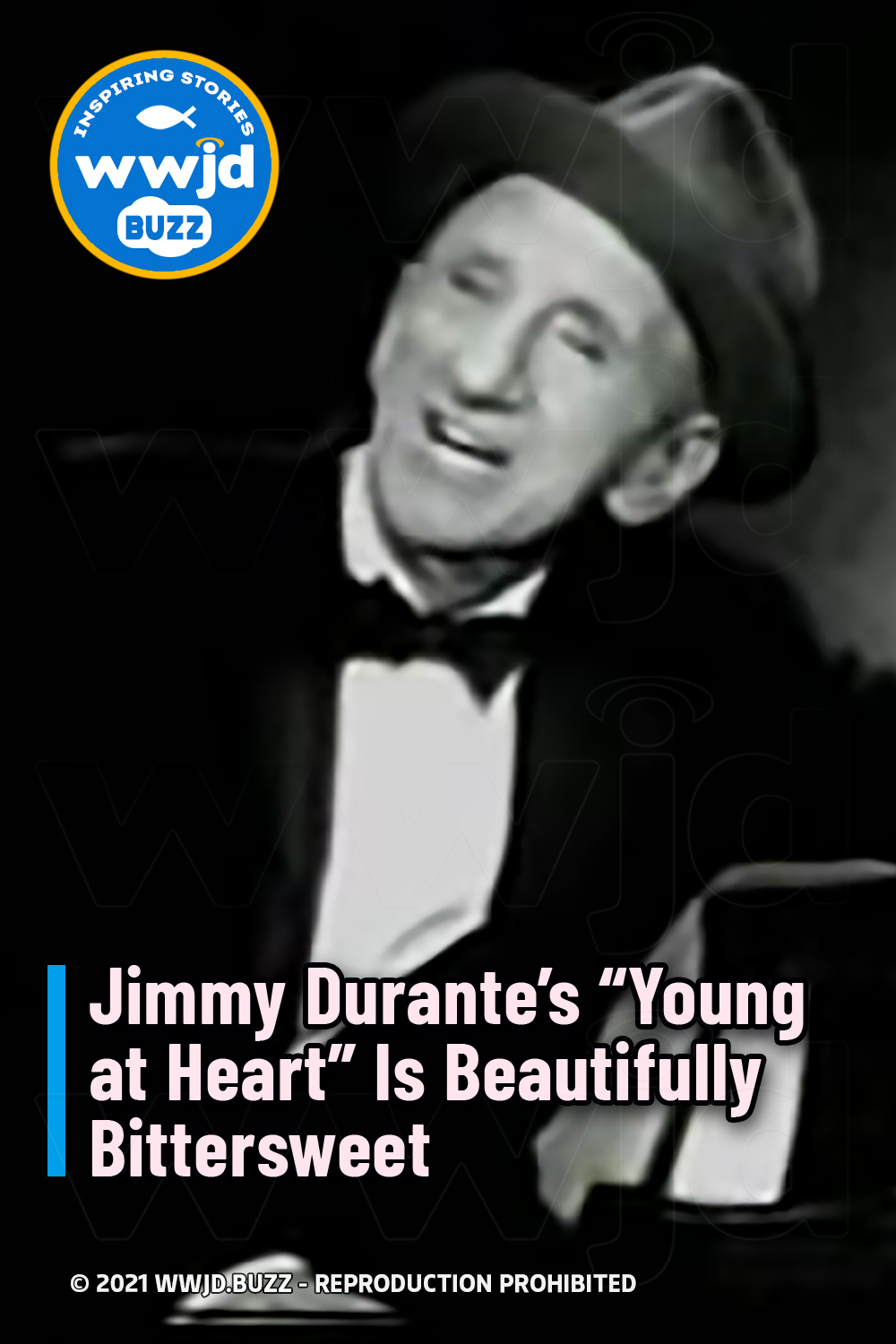