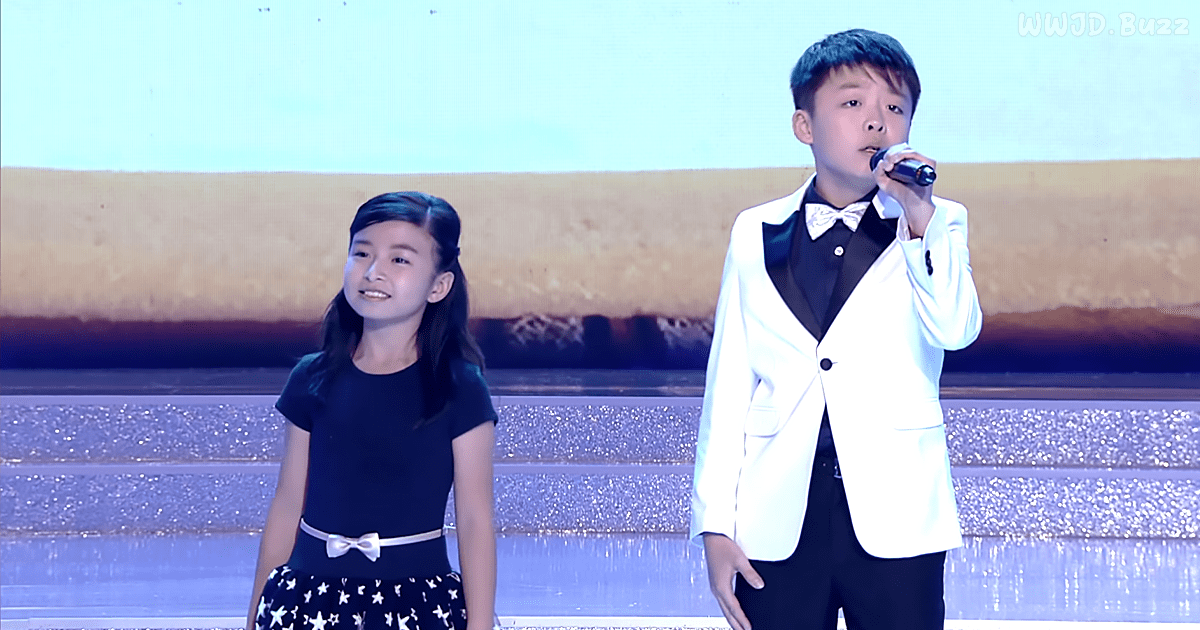 This darling duet featuring America’s Got Talent Golden Buzzer winner, Jeffrey Li, and his singing partner little Celine is a sight and sound to behold.

Please dive right into the video, but if you would like to know more about the story behind it, keep reading because it’s a beautiful tale of humanity and compassion that’s doing amazing things to help youths from around the world.

The Tuloy sa Don Bosco School in Manilla, Philippines was started in 1997 by Father Marciano Evangelista, better known to his students by the affectionate nickname Father Rocky. More than an educational institution, the organization provides shelter to at-risk youth.

Many of them lived on the city’s dangerous streets and were likely bound for lives of poverty, drug abuse, and crime.

Father Rocky’s school educates a thousand students, nearly of third of whom are also given housing. More than getting these kids off the streets and giving them basic education, the organization emphasizes vocational training and creative expression through the performing arts.

The school has also partnered with major restaurateurs and banking institutions for financial support and to offer the students future career opportunities at these companies.

It’s no surprise that the Miss World competition named Father Rocky their Humanitarian Award winner, but imagine his shock when two of his young students, 9-year-old Celine Tam and 12-year-old Jeffrey Li, feted him live on stage with their stunning rendition of Josh Groban’s “You Raise Me Up.” The lyrics are quite appropriate:

As if their pitch-perfect performance weren’t enough, they were backed by a rear-screen projection of hundreds of his students singing backup LIVE.

Father Rocky’s warm, enduring smile spoke volumes about his pride at the students’ accomplishments. They couldn’t have chosen a more perfect song to honor their headmaster and rescuer.

I was so teary-eyed watching this. Their performance and vocals are amazing. They have so much control over their beautiful voice at such a young age. Their harmonies and abilities to maintain such poise and presence on stage make them instant celebrities in my mind. Now watch Celine and Jeffrey fete their hero in song right here:

ALSO WATCH: Simon promises to buy him a puppy after he sings ‘You Raise Me Up’ on America’s Got Talent