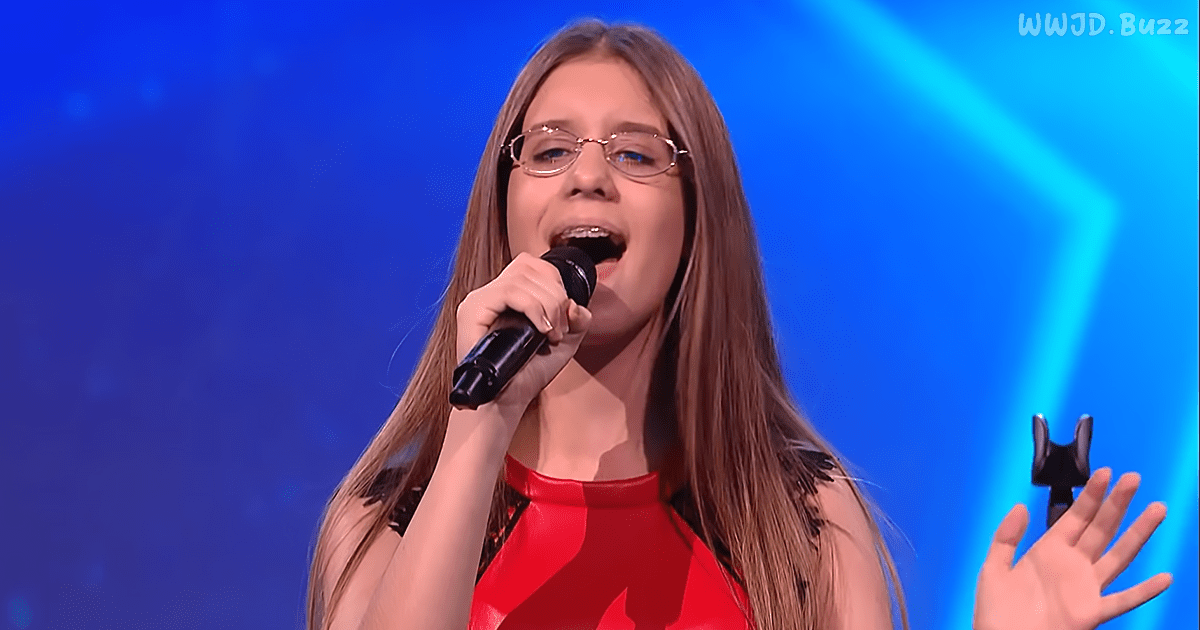 This 14-Year-Old’s ‘A Star is Born’ Cover Gives Lady Gaga and Bradley Cooper a Run for Their Money.

“If you’ve seen A Star is Born, then you know the song at the end of the movie brings on the tears…”

No one expected such a sound to come out of such a small frame, but when 14-year-old Iveta Tumasonyte tackled Lady Gaga’s hit, “Never Love Again” from the Oscar-nominated film’A Star is Born,’ life imitated art. That night, a shining, new star emerged before the world.

When 14-year-old Iveta walked onto the IGT stage and announced she would sing “I’ll Never Love Again” from the hit movie “A Star Is Born,” the judges must have had some doubts because this song isn’t an easy one to tackle. Even Lady Gaga in various interviews has admitted the challenges of this incredibly demanding piece; most singers just don’t possess the range necessary to pull it off.

I think it's safe to say Iveta is fairly happy with the choice… pic.twitter.com/yOLRkh1cpJ

Iveta isn’t “most singers” however. When she stood on stage and belted out “I’ll Never Love Again,” the judges and studio audience were absolutely mesmerized by the 14-year-old’s soaring range. Every note was nuanced with sublime beauty, and perfection rarely heard on a TV talent show.

“It’s been a long time since we’ve heard someone like this. She’s unique. I reckon she’ll be massive.”

With no deliberation, warning, or delay judge Michelle Visage stood up in her chair just seconds after Iveta had finished and hit the vaunted Golden Buzzer, allowing her to bypass the upcoming “Judge Cuts” and sending the singer straight to the semi-finals.

“I can’t wait until the episode airs because it was announced at school over the intercom and everyone’s been asking me about it since then, wanting to know how it went,” explains the teen singer who cites a list of stars as diverse as Aretha Franklin, Demi Lovato and K-pop band BTS as her musical inspirations.

Her mother, an accomplished piano player herself, says her daughter has been singing since she could talk but insists that Iveta’s musical talent can be traced back to her grandfather.

“She gets her musical talents from my side of the family, without a doubt and her grandad is a great drummer. We are incredibly proud of her,” Iveta’s mother says beaming.

After appearing on Ireland’s Got Talent Iveta says she is more resolved than ever to realize her music aspirations. “I don’t want to just be a singer. I want to be a producer, songwriter and learn as much as I can,” she says.