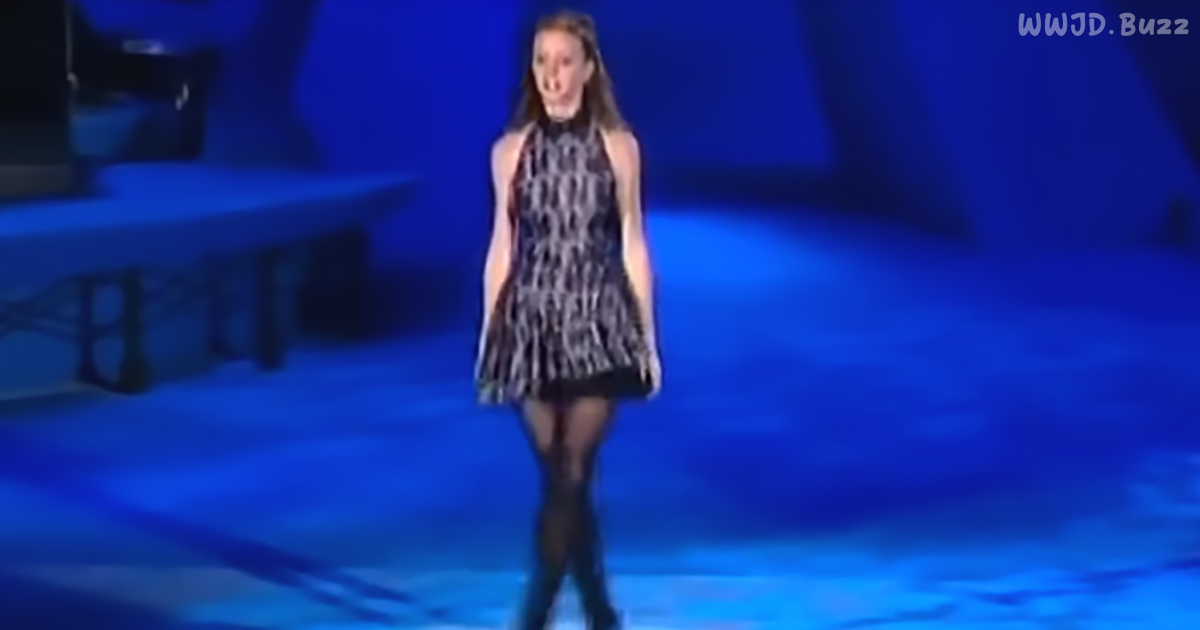 There’s just something so special about Irish dancing. I know it can’t be easy by any means. They are so in sync. And those drums! Love them.

There was a time during the mid-1990s when there was a huge clamor for high-budget Irish Dance productions. Michael Flatley was one of the performers at the forefront of this craze.

People would flock to theaters to watch the amazing flatley dance using only the lower portion of his body — just about! There are unsubstantiated rumors that audience members would have to go to the hospital after the shows with torn hamstrings from merely WATCHING him!

Of course, when it comes to these types of productions, there are a lot of egos involved. Flatley’s was apparently large enough to be its own planet. He clashed with the show’s producers and he abruptly left the show (though there’s always the “You’re Fired!”/”No, I QUIT” dynamic working in the background).

This video shows his last performance, which was held in London, and it’s absolutely mesmerizing. He puts on an incredible performance even though his heart must surely be breaking that he’s leaving.

Flatley did some other shows with a different title, but the craze is nowhere near what it was like back in that day, but it’s regaining in popularity again. That’s good news!

Anybody who saw the post-Flatley version had to know that they were missing something. It’s still a strong production. It even had a 20th Anniversary tour in 2017 but it doesn’t have the same soul without its most potent showman.

The good news about this is that we didn’t see “Michael Flatley Does The Macarena” the next year. That wouldn’t have been enjoyable.

I’ve got to tell you – watching this made me want to dance. Carefully, though. See the video and let us know if you feel the same urge. Warm up thoroughly. We’re not responsible for any injuries! And remember to pass this video along to a friend who could use a little Irish in their step.