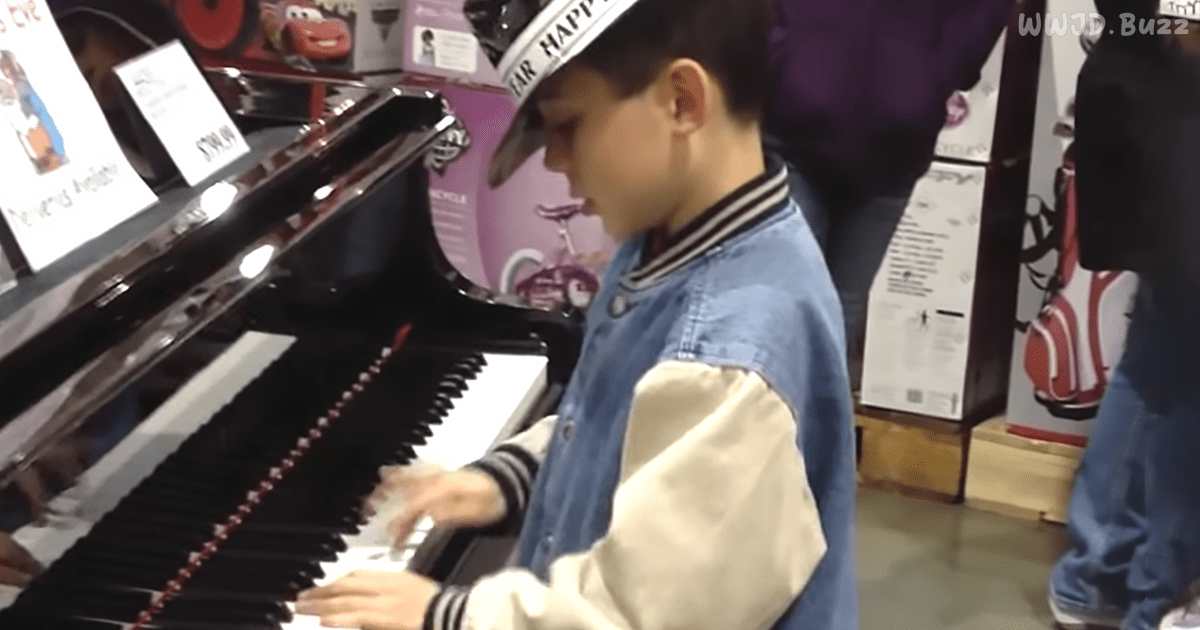 You walk by a piano at a store, and you’re tempted to tickle the ivories. Then you remember that the last time you took a lesson was 20 years ago. Not wanting to be embarrassed, you slink off. Not Jake Clayton.

The then nine-year-old fourth-grader saw a piano at his local Costco, walked over and immediately began playing “Csárdás,” which is a Hungarian folk song. That’s significantly more complicated than say, “Good King Wenceslas.”

Clayton played the piece, undeterred by the fact that other shoppers were stopping by to watch him. Some were recording him on their cell phones. He certainly made their day. One of the viewers uploaded their video, and it became viral.

Some kids are prodigies in things like chess. This one found his talent in the piano at a very early age. It’ll be interesting to see where he is after another decade of playing and practicing. This video should encourage anyone of any age. Yes, he’s young, but he also shows that people have skills and they can be discovered at any age.

Given Clayton’s remarkable performance in this video, the chances of his sticking with the piano are quite good. Time will tell. Watch this video if you’re feeling down about your own abilities.