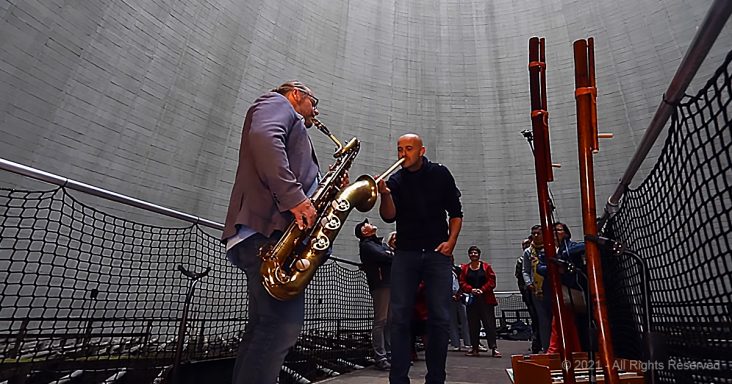 The people watching the musicians looked transfixed by the sound. They kept looking up like they could see the notes rising in the air.

Two musicians decided to test the acoustics inside the concrete cooling tower of an abandoned power station. They were accompanied by a group of onlookers. The saxophone player started first.

When the flute began to accompany the saxophone’s thumping beat, the resulting duet became almost mystical in tone. The duet continued for a few minutes.

The bystanders were mesmerized by the sound. They kept looking up to the open sky, like they could see the music rising into the clouds.

The concrete tower walls had good acoustics for the duet because the sound resonated off the walls. Both instruments sounded louder than they would outside.

Playing saxophone with a flute is an unusual combination. Still, the resulting duet made listeners feel like they were hearing something distinctly unique and beautiful.