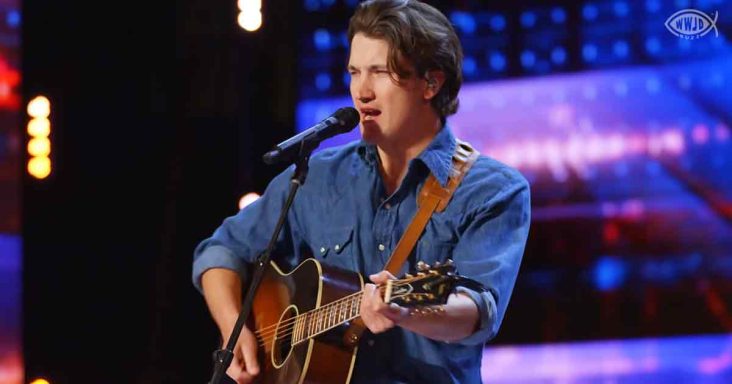 America’s Got Talent had a ‘New Elvis of Country’ on their hands. The aspiring country musician Drake Milligan took the stage with his band members and set the stage on fire.

Before he started with the performance, he spoke to the AGT judges, Heidi Klum, Sofia Vergara, Howie Mandel, & Simon Cowell, about his personal background. He talked to them about how he was inspired by Elvis Presley.

He explained about his chance encounter with an Elvis impersonator in his childhood. That incident acted as a catalyst for him to get involved in country music during his childhood. Simon Cowell asked Drake why he chose the AGT platform when he was already a signed country artist in Nashville.

The country singer responded, “Back in the day, Elvis had The Ed Sullivan Show and The Beatles too, and I see this kind on the same scale like that, almost bigger, way bigger.” After the initial conversation, the singer invited his band members on stage.

The singer and his band of musicians launched Drake’s original single, “Sounds Like Something I’d Do,” from his self-titled album. The 23-year-old sang the song with confidence and paused only to shimmer his shoulders or shake his hips.

After the performance, Howie Mandel told Drake, “I think that song is a hit, and I think that you’re a hit. You’re like the new Elvis of the country. But, I think you’re gonna break out from this particular song and moment on this particular night.”

Simon Cowell mumbled, “Thank you very much,” mimicking Elvis Presley, to which Drake started to laugh. After that, Heidi Klum, Sofia Vergara, Howie Mandel, & Simon Cowell gave Drake 4 “yeses,” which sent him to the next round of America’s Got Talent competition.