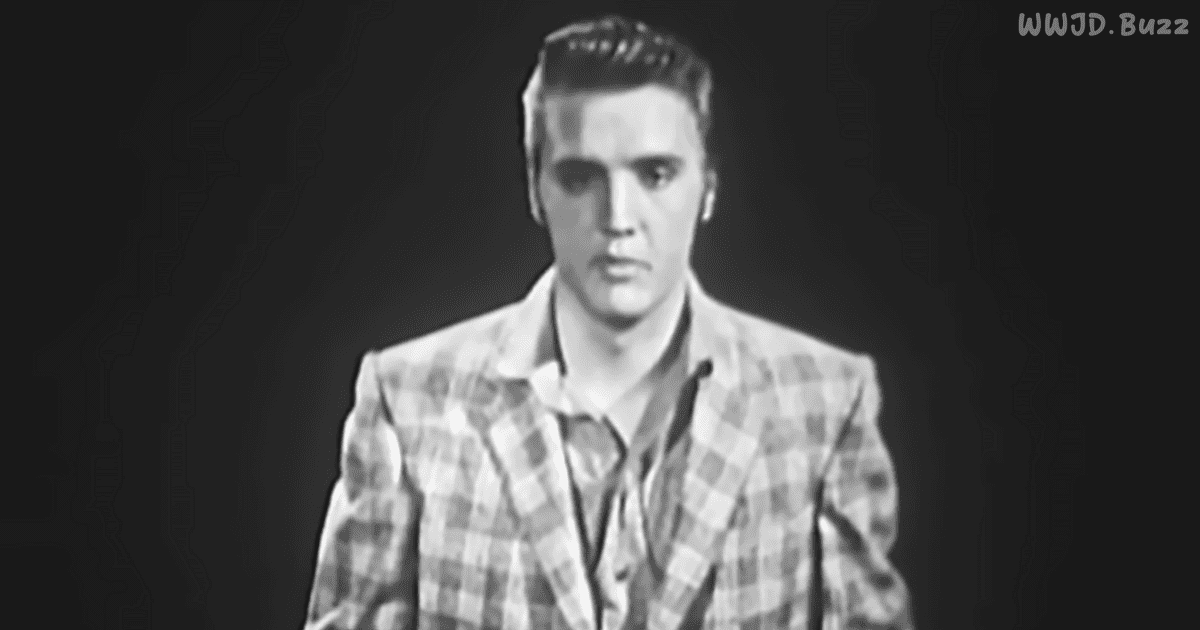 During the 1950s, especially during the second half of the decade, Elvis WAS music. He had incredible popularity that other entertainers could only hope for. Decades after his death, we still need Elvis in our lives. His music, cheeky grins, hip gyrations, and general personality remind us why he will always be ‘The King.’

In our video below, Elvis is singing on “The Ed Sullivan Show,” and the song is “Love Me Tender.” It’s closer to a ballad and Elvis is showcasing his voice. It’s just him on the stage — if there are backing members, they are shrouded by the shadows.

The King of Rock and Roll is in full control here – you can see the look in his eye as he checks out the audience. They love him, and he knows it. He loves them all right back, and that is something else that made him so special.

“Love Me Tender” was used in Elvis’ first movie. It was the theme song, and the movie was changed to that title after the success of the song. The song hit No. 1 when it was released as a single, and the funny thing was that Elvis knocked himself off the top spot on the charts – before that it had been “Don’t Be Cruel”.

This was yet another time when the censors were very rigid about what could be shown of Elvis. That’s why he’s being shot from the waist up even for this song, which is a slow one. Goodness knows, he might have let out a stray wiggle of the hips, and that could have led to the collapse of American civilization. They weren’t going to take that chance, much to the chagrin of many women of the 1950s.

Elvis showed that he was more than a one-trick pony here that needed to rely on dance moves to get him through. His unique voice is instantly recognizable to this day — a legend in every way.