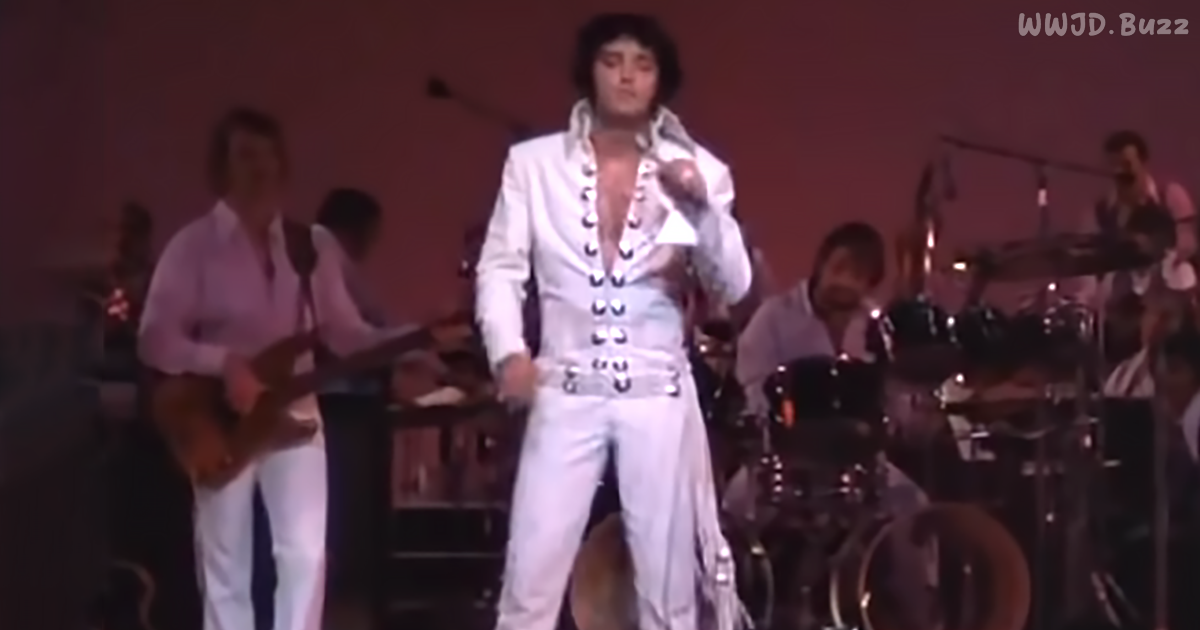 I knew what I was getting, and I wasn’t let down, and neither will you be when you see this rare Las Vegas performance of “Suspicious Minds” by The King. Elvis fans will not be disappointed. This is high-quality footage that has been digitally remastered to preserve every nuance of Presley’s performance.

“Suspicious Minds” was written and first recorded by American songwriter Mark James. After James’ song failed to pick up any interest, the sheet music was handed to Elvis Presley by producer Chips Moman, and it became the number 1 single in 1969. It is widely regarded as being the primary factor for Presley’s resurgence, following his ’68 Comeback Special.

“Suspicious Minds” was Elvis Presley’s eighteenth and last number-one single in the United States while he was still alive. Rolling Stone ranked it No. 91 on their list of the 500 Greatest Songs of All Time. We have to concur.

We have his Las Vegas performance right here. It’s like being a part of the audience. You get to experience Las Vegas as it was, the excitement of the audience, the titillating anticipation, and finally – The King. This is an incredible piece of footage for Elvis fans and history buffs alike.