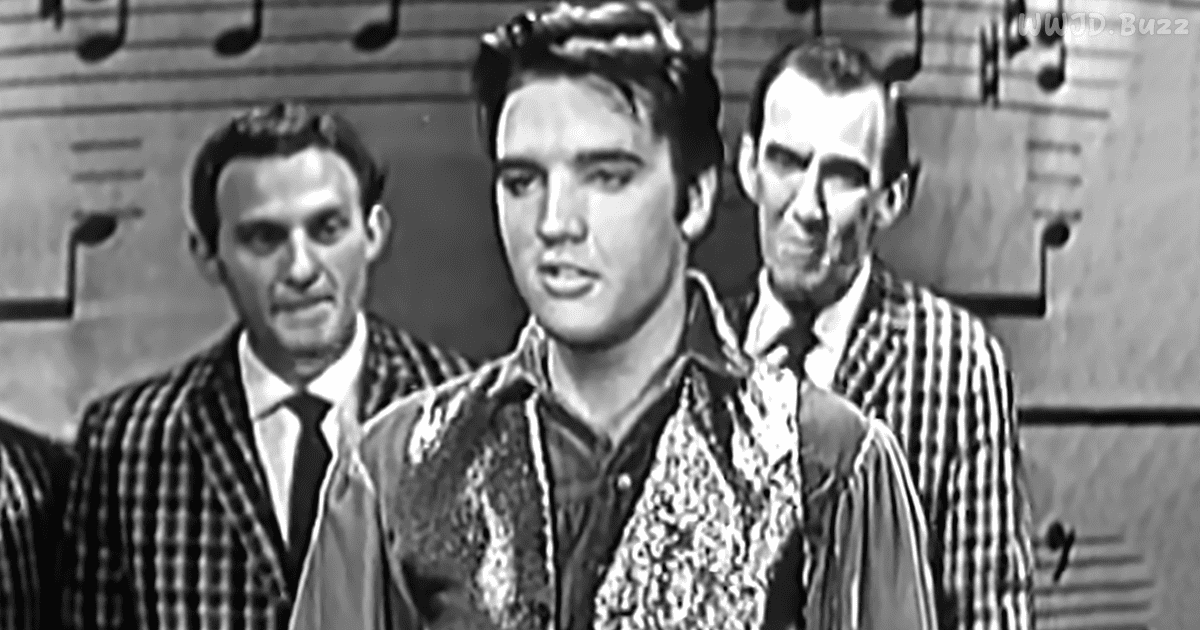 During the second half of the 1950s, there was only one musician that really seemed to matter. His name was Elvis Presley, and many consider him to be the best entertainer ever. He could make people fall over with a smirk. It’d be interesting to see how he would have done today with the restless 24/7 entertainment market. I have a feeling he would have done just fine. This video shows why.

We see Elvis in this short clip from a 1957 appearance on “The Ed Sullivan Show,” and he’s singing “Don’t Be Cruel.” We all might want to be saying that to the people who run the Ed Sullivan channel for making it so darn short. Anyway, he’s in full charmer mode as he stands in front of his backing band.

His movements seem understated, though, he’s not swaying around or even winking to the camera. You probably immediately picked up on the fact that the cameras are only showing Elvis from the waist up. The television censors of that time thought that showing his gyrating hips might have caused all the American girls watching the show at the time to spontaneously combust or go out and do wicked things.

Elvis took it all in good stride, and Sullivan even effusively praised him after the songs. It was Presley’s last appearance on the show. The thing about Elvis, especially at this time, was that he didn’t take himself too seriously. He even makes a sound like a horse in the middle of the song. This, of course, sent the audience into a frenzy.

He was so popular at the time that he could probably burp the alphabet, and the females in the audience would love it. The man oozed charm, and there was no stopping him. He essentially owned the second half of the 1950s, and rightly so.

This clip is yet another reminder of why we love The King to this day. His facial expressions always gave away how terribly amused he was all the time. He never saw himself as special, just graced by God with talent and he was a natural entertainer. May his memory live on forever.