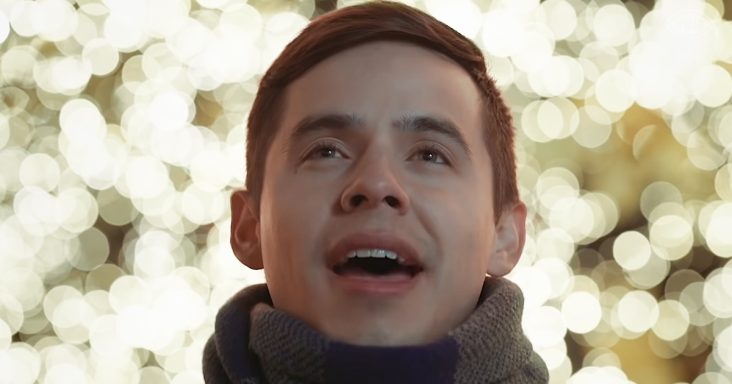 Archuleta’s song “My Little Prayer” recently grabbed headlines because of the melodious music and the unbelievably beautiful lyrics. The singer showcased his deep faith in God through his music and mesmerized listeners with his fantastic voice.

Speaking about how he created the song, Archuleta said that he offered his prayers twice a day, once in the morning and then at night. However, when he fell asleep before his nightly prayers, he dreamt of how he had a conversation with God.

While he was dreaming, he heard the simple chords and the beautiful melody, which was a prayer. Then, finally, he woke up in the middle of the night and created the song. According to Archuleta, this was one of his fastest song creations.

He believed it was God who had helped him write the song. The song started with him remembering the “Heavenly Father.” This showed his massive faith in God and how grounded and devoted Archuleta was.

The singer could be seen walking amidst sparkling and beautiful Christmas lights. The song was set during the winter season, and he was seen standing outside and looking at the beautiful church.

Later he walked inside the church to offer his prayers. The lyrics were beautiful, and the melody touched your heart. He believed that God had a plan for everyone and that he was always by our side.

Eventually, the song ends with Archuleta praying in a church. Archuleta spread hope, peace, and love through his music and inspired people. The song touched the soul of all the listeners. It could help anyone connect with the Lord through this prayer.