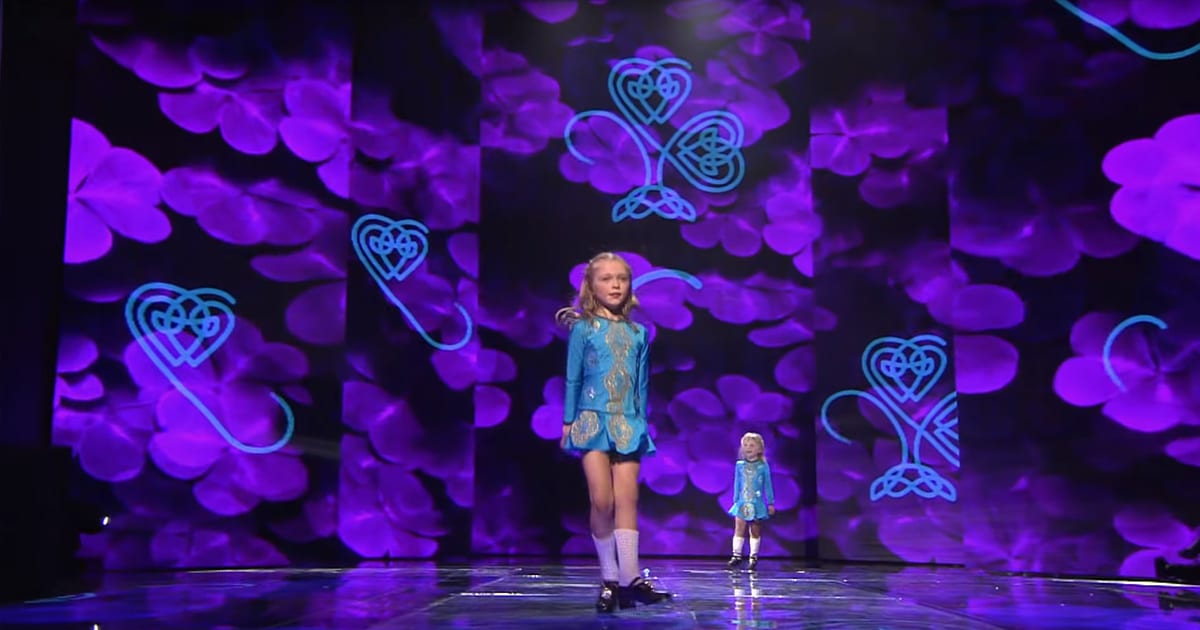 Having a sibling has plenty of pros and cons that make the relationships that much more special. One of the best things about having a sister is all of the fun things you two can do together. A dynamic sibling duo took to the stage to show off their impeccable dancing skills.

Mixing tradition with new moves, the talented two ladies give us a glimpse into the history of Irish dancing. Generations from Ireland have been using dancing to express themselves and their love for their culture for years.

One dance, in particular, called Riverdancing, has often been depicted in movies and television shows. The performance starts with the two sisters in beautiful blue and gold costumes. They don’t miss a beat as the classical Irish music plays in the background.

Their intricate footwork and impressive rhythm make it look effortless. By the end of the song, there are seven dancers in total. They all dazzle the crowd, and the audience claps along with the catchy beat before exploding into a massive round of applause.