Have you ever wondered how the dance moves of masters such as Fred Astaire, Sammy Davis Jr, Diana Ross, Michael Jackson, and Ginger Rodgers would look against more contemporary music?

The answer comes in the form of a montage of film dance scenes painstakingly cut out of 92 old Hollywood movies and then put together in a remarkably well-timed mesh-up.

Some of the movies you will recognize are ‘Singin’ In The Rain’, ‘Marry Poppins’, ‘Grease’, ‘The Wiz’, ‘West Side Story’, the list goes on and on. They are all synced to ‘Dancing On The Ceiling’ by Lionel Richie. 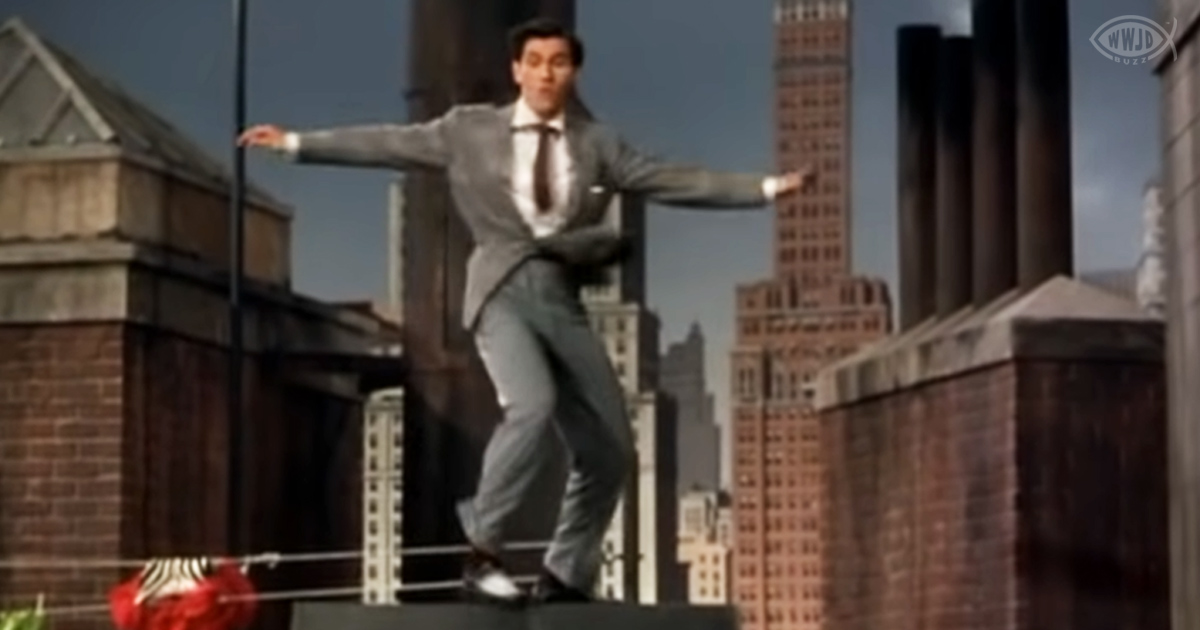 And while the perfect timing of the dance moves is already the most impressive feat, prepare to be surprised with a few moments you could swear they were created exclusively for this song.

The perfect linking of the lyrics from switching on the lights to actual dancing on the ceiling is just the preparation for Fred Astaire’s perfectly played-out drum fill.

And if that is not enough for you, wait till you see Kevin Bacon in ‘Footloose’ lip-syncing perfectly to the word dance while jumping off the staircase.

In a way, this montage is a perfect guide through dance in movies from the 1920s to the 1990s. And it is safe to say that despite how long ago they were performed, they are as hip as ever with the right music to it.