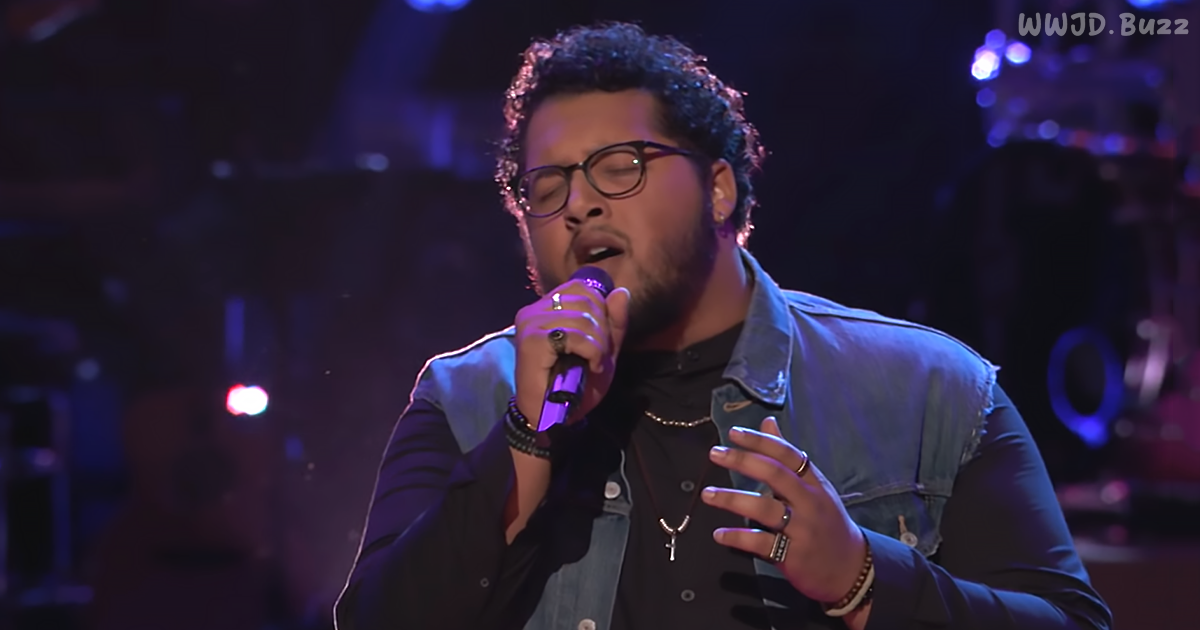 Coach Kelly Clarkson put 25-year-old David Owens and 18-year-old Rebecca Howell together for a powerful classic that has the reputation for crisscrossing different genres. That song was “Unchained Melody” in the style of Leann Rimes.

Both church-going worship leaders found it natural to connect to The Righteous Brothers melody and so reaching the emotional core was a spontaneous reaction that was bound to occur when you put to incredible voices together.

To give them each a chance to shine, Kelly had them sing the 1965 Righteous Brothers’ hit, “Unchained Melody” for their face-off. She had all the best intentions for choosing the classic tune: Artists have covered the nostalgic classic throughout the years; it would speak to both Rebecca and Dave’s musical stylings.

But Kelly made a flub that viewers could not let her get away with. The error of her ways came when she announced her pick to the audience. “I gave them ‘Unchained Melody’ by LeAnn Rimes,” she said. The problem? “Unchained Melody” was made famous by the Righteous Brothers long before LeAnn recorded her take on the ballad in the ’90s.

It was not an easy slip to make as fans are quick to point out. Viewers at home wasted no time correcting Kelly. “Someone doing a cover doesn’t make that their song,” one wrote. Another said, “Please show some respect to the creators.” This fan added, “Ugh. I love you Kelly, but Unchained Melody is not a LeAnn Rimes song. Not even close.” A small detail, but it was enough to ruffle a few feathers on Twitter

Drama aside, this duet was the standout performance for the evening. David’s strong vibrato immediately got Kelly’s attention, perhaps too much attention because it became a point of contention for her. Adam Levine, on the other hand, thought the effect was fabulous commenting, “I think that you’re amazing and that you have an incredible tone.”

Rebecca, on the other hand, stole the show. She wasn’t playing around. She sent every note through the stratosphere, singing with raw emotion and absolute conviction.

When it was all said and done, this “Unchained Melody” duet stood on its own with its raw power and authenticity that echos from the Righteous Brothers original and fans were not disappointed.  This was the type of battle round everyone has been waiting for.

Few artists can successfully pull off a Righteous Brothers cover, and this duo delivered, but in the end, only one can be chosen to move to the next round. Watch David and Rebeccas goosebump-inducing “Unchained Melody” below. You should also watch David’s earlier 4-chair-turn gospel audition that took everyone by surprise.

Thoughts? Rebecca Howell had superior vocals, but David remains an EXTRAORDINARILY great singer, and he put on a far better dramatic performance in the same spirit of his viral gospel audition. What did you think of David and Rebeccas Righteous Brothers duet? Did the judges make the right decision?