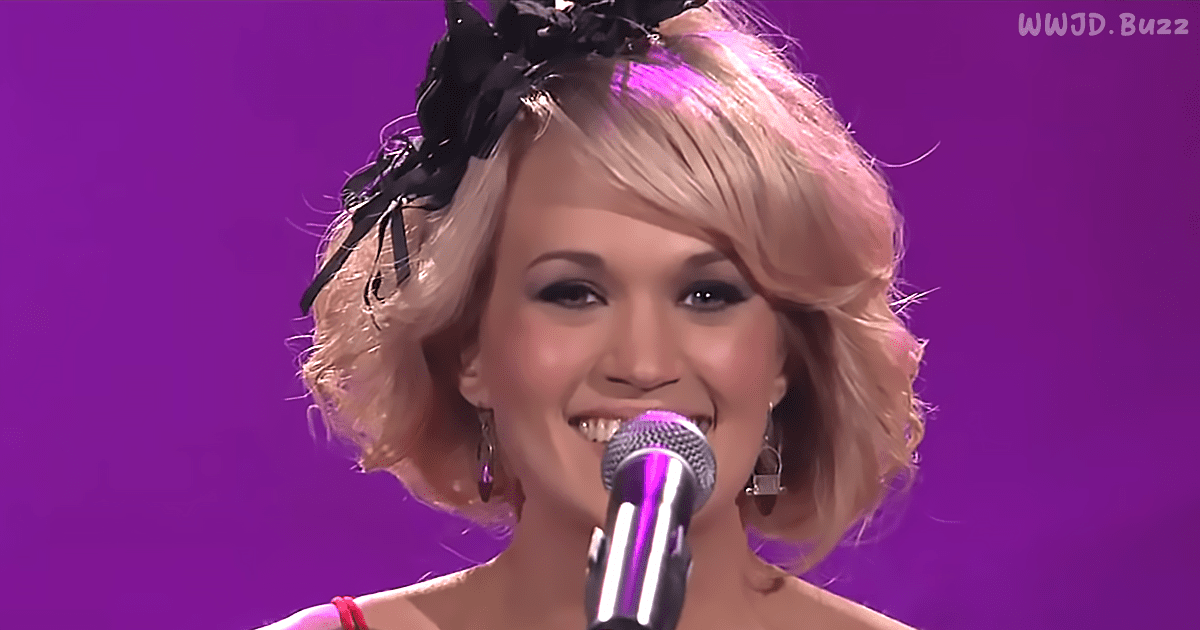 Randy Travis’ “I Told You So” is a quintessential country love song. It was a No 1 hit for Randy Travis on the Billboard country charts in 1988. Almost 20 years later, in 2007, Carrie Underwood covered the song in her second studio album, Carnival Ride. This cover was released as the fifth single from that smash hit album, and it would become the only one of the five singles to crack the top 10 of the Billboard Hot 100 chart.

Fast forward to 2009, the reigning queen of country music and the original songwriter and singer debuted a duet of “I Told You So” in a live performance on American Idol. It was easily one of the highlights of that American Idol season, and this is a video of that live performance.

It was Carrie Underwood’s first return to the stage on which she became the fourth American Idol in 2005. Both singers performed the duet sitting behind their own Grand Ole Opry inductee’s pole. How cool was that? It was a simple stage setup with Carrie looking adorable in a red dress and Randy looking stylish like a seasoned pro with an acoustic guitar and a rock star’s jacket.

On that spring night in 2009, Carrie flaunted her great vocal prowess on stage and reduced Randy to a fawning admirer when he’s not contributing his signature understated vocal style to the performance. It was a real crowd-pleaser. Both singers looked mighty satisfied after the song. This is not to be missed, watch the video below, and enjoy.