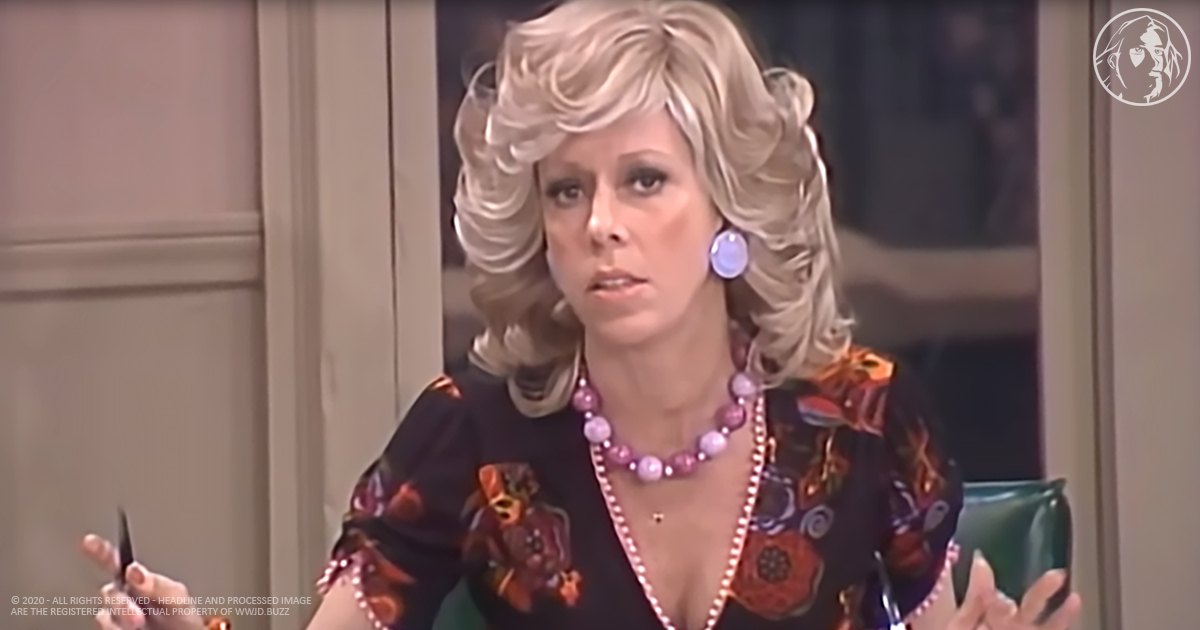 Mr. Tudball (Tim Conway) and Mrs. Wiggins (Carol Burnett) are at it again, using the office intercom, but their lines of communication keep getting crossed. For all my fellow Carol Burnet fans, let’s take a quick trip down memory lane and set the scene with one of my favorite characters of all time, “Mrs. Wiggins.”

She was introduced during the ninth season of The Carol Burnett Show in 1976 and continued to be a popular item for the rest of the series. All in all, the show had 19 installments of “Mrs. Wiggins” sketches like the one you’re about to watch below.

The funniest part about the character of Mrs. Wiggins is that she was based on a real person. Tim Conway penned the sketch after the writers’ office secretary, Charlene, would constantly press the wrong button on the intercom. Thereafter, Conway put quite a lot of thought and energy into her iconic development all the way down to the way she walks and talks.

Conway was a master screenwriter, comedian, and actor. Who knew? Is there anything Tim Conway can’t do? As much as I love Tim Conway, I truly love Carol’s character in this video because she gets a chance to steal the show (that’s usually Tim Conway’s job, right?!) Plus she was the host and to be honest, my personal favorite cause she was everybody’s best friend.

At the end of her show, I never wanted to say goodbye. I think for as much as we say negative things about new-fangled technology, we should feel blessed that it lets us invite Carol Burnet and friends into our own homes. As one fan said, “Carol Burnett has been my all-time favorite comedian; Her facial expressions &voice make me laugh heartily; I’m so glad we are able to watch the past ‘old’ versions of her comedy skit; never get tired of watching her. So relaxing to watch her..she is the best of the best.”

We completely agree. I think I can speak for us all when I say how much we loved Carol’s show and still love (and treasure it) today. I used to watch her with my family every Saturday night, along with Mary Tyler Moore. My dad would cry because he laughed so much. He loved Tim Conway and Harvey Korman. I have such great memories of that time.

I consider myself blessed, growing up, and experiencing the greatest eras of television ever. The Carol Burnett show is one of the funniest. Bring back some fantastic memories by watching the video below. There will never be comedy like this again; these guys are legends.