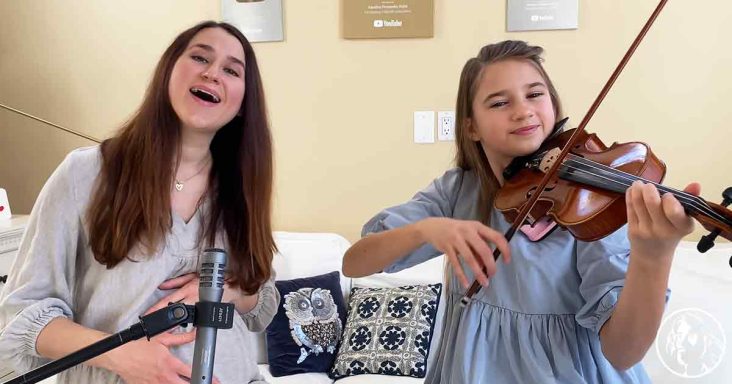 Thirteen-year-old Karolina Protsenko, seen here with her mother Ella, is a Ukrainian-born violin prodigy. Karolina moved to the United States when she was just six years old, and began busking in the streets of California at a young age. 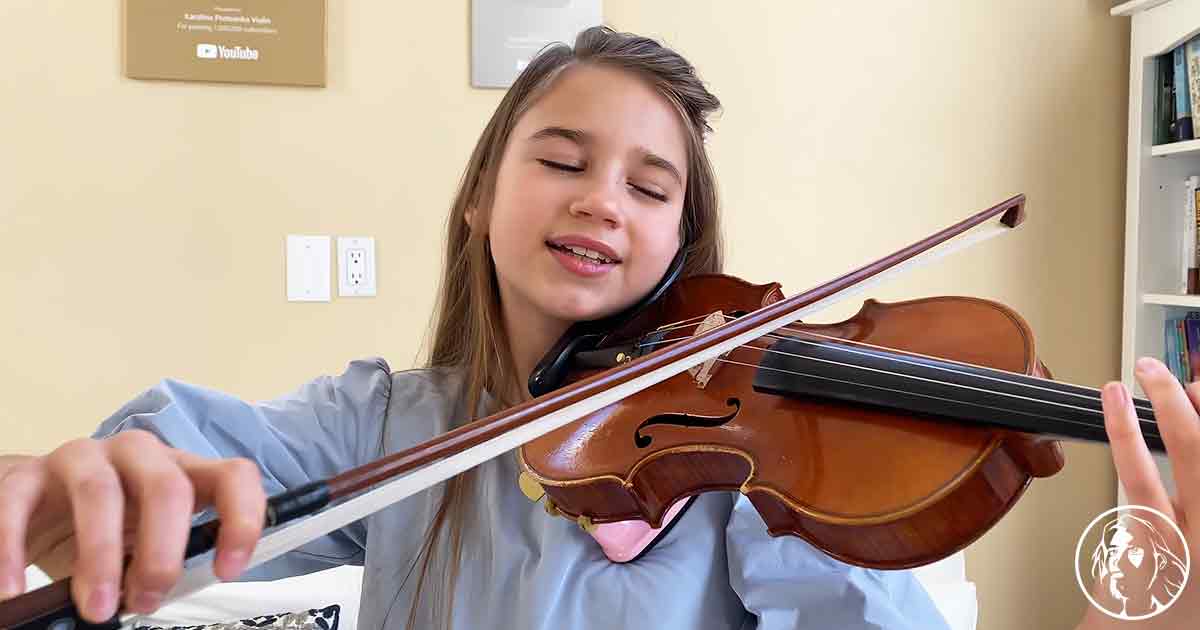 Karolina’s videos have been viewed more than 350 million times, and she’s even appeared on The Ellen Show where she delivered a unique performance of Post Malone’s Sunflower, that was well-received by Ellen and the audience.

As the video shows, the Protsenkos are a musical family; Mom and Dad both play instruments, and sing. We also see that Karolina will soon have a new brother or sister on the way. 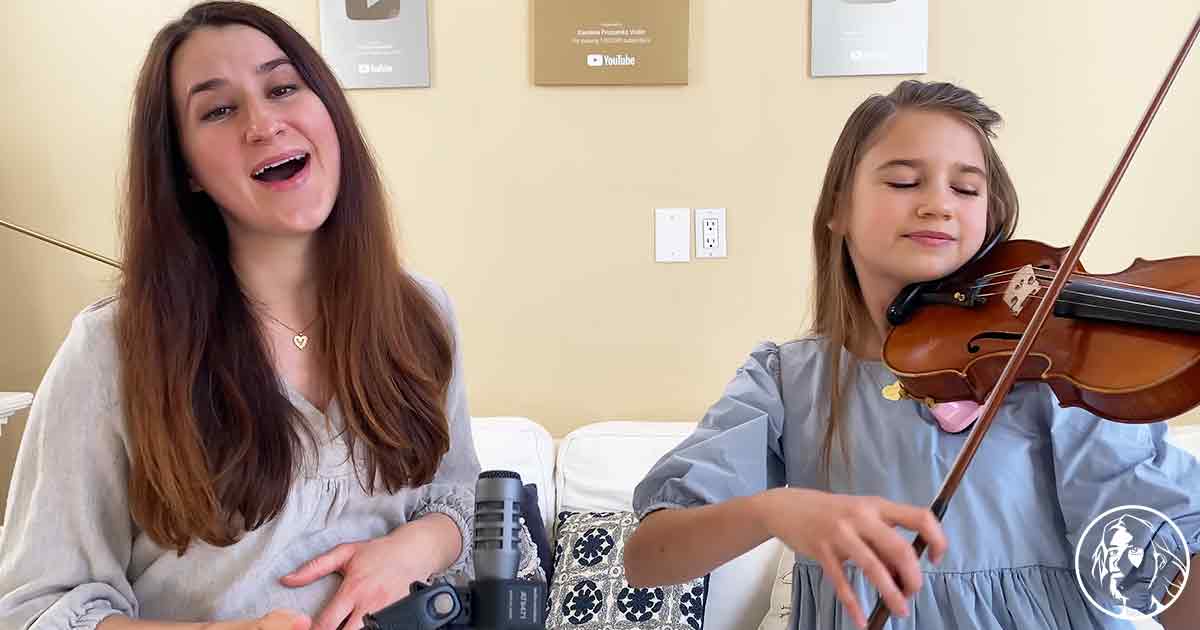 In this video, Karolina and her mother choose to sing a duet arrangement of Hallelujah, by Leonard Cohen. Karolina is poised as always, and she alternates between singing and playing.

Karolina’s mastery of her instrument at such a young age is indeed unique.
She glides through and embellishes between notes with ease, and uses techniques usually saved for the seasoned veteran player. 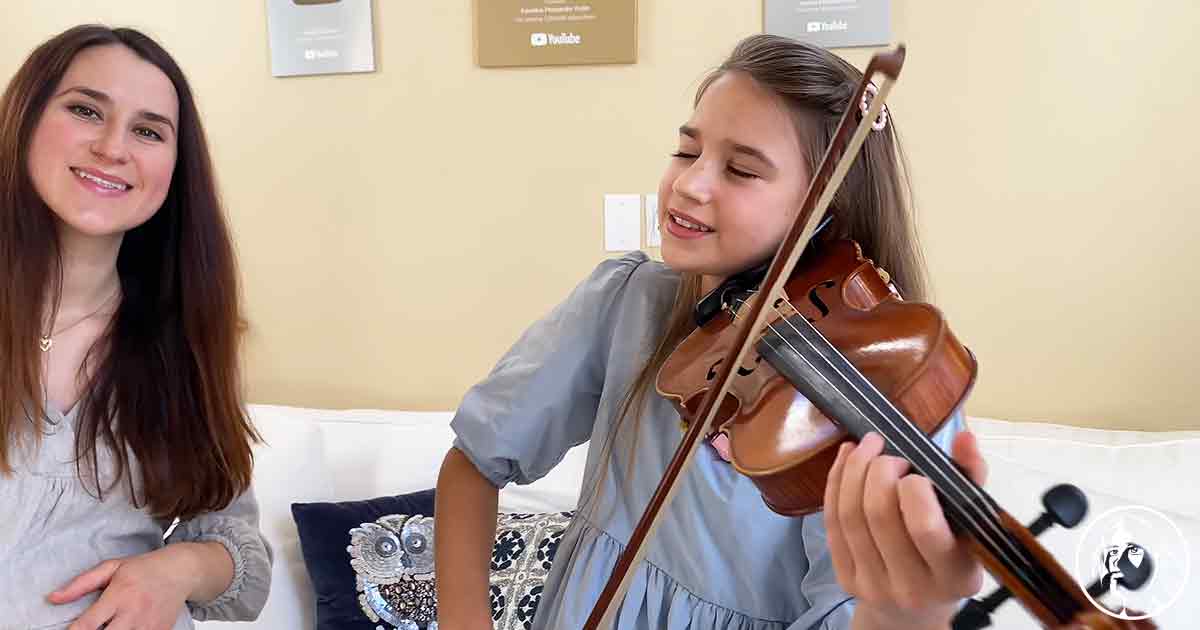 Perhaps even more notable though, is how her spirit shines through as she joyfully plays.

“I love watching Karolina’s face when she is playing, one fan comments. “So much expression comes through. It touches me deeply.”

Young Karolina is a beautiful representative of the people of her home country, and no doubt has a bright future ahead of her.