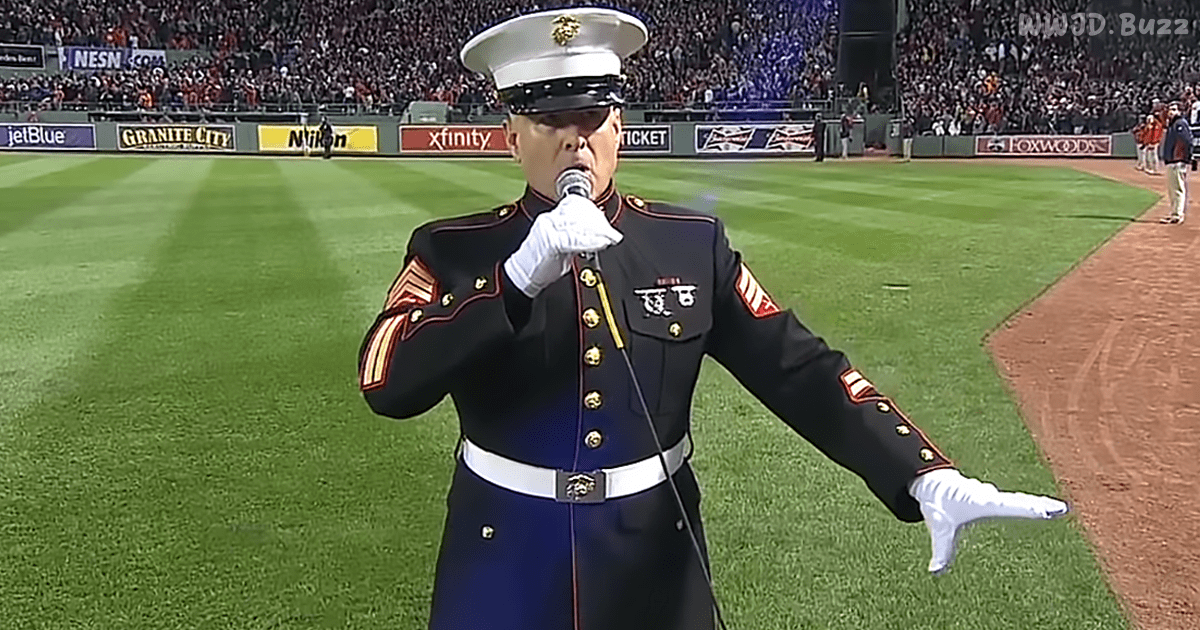 Huge respect for all our Military personnel. We owe them our freedom, a debt we can never repay, but one we can easily show our appreciation for — and not just on Memorial or Veteran’s day, but every day.

This is an extraordinary rendition of God Bless America unlike any you’ve ever heard. Of course, you’d expect me to say that, but this little gem you’re about to watch will hit you with a rousing triple-whammy of goosebumps, pride, and dynamite energy. This video is a reminder of why we love and respect our military so much.

When first heard about this singing soldier, I knew he was going to be special from the get-go, but I didn’t know just how special. I think there’s maybe once or twice in your life will you experience something so extraordinarily moving like this. You’re going to want to salute this US Marine and shake his hand by the time he’s finished his powerhouse performance Of course, you’ll feel mighty proud of our country, too.

“God Bless America” has a lot of history behind it. It was originally penned by Irving Berlin as a prayer. It was in 1938 when the “Cher” of the time, Kate Smith gave life to the prayer through song. If you don’t know about this amazing lady, you should. Kate was known as the First Lady of Radio. Wiki says, “She had a radio, television, and recording career spanning five decades, which reached its pinnacle in the 1940s. Smith became known as The Songbird of the South after her enduring popularity during World War II and contribution to American culture and patriotism.”

Irving Berlin needs no introduction. His name is synonymous with the song, but he has an amazing back-story, too. He was originally born “Israel Beilin”. He moved to America with his family from Russia when he was just five years old. Before the age of 30, he wrote hundreds of songs, many becoming major hits.

During his 60-year career, he wrote an estimated 1,500 songs, including the pieces for 20 Broadway plays and 15 Hollywood films, with his songs being nominated eight times for Academy Awards. Knowing about that industrious and successful American makes “God Bless America” even more special I think.

ALSO WATCH: Every American Should Watch This Because It Will Put Pure Shivers Down Your Spine

Watch this video below and feel the palpable pride and electric energy radiating from this man. Watch for that amazing moment at the 1:48 mark. It will make you want to stand up. God Bless America, indeed… and AMEN.