Some songs will always just make you smile, no matter how old it is. One of those songs is the legendary Louis Armstrong’s “What a Wonderful World.” His bright smile and unique voice are unforgettable. While he may have sung it originally back in 1967, it still seems just as relevant today.

The slow, sweet melody of “What a Wonderful World” has a way of soothing you and reminding you that there really is still a wonderful world out there. Dozens of renditions have been recorded of this great song, but one of the most beautiful ones was done recently on the stage of The Voice UK.

On the finale of the 2018 season of The Voice UK, Ruti Olajugbagbe, an eighteen-year-old British college student, got to perform this classic song with her mentor, Tom Jones. What an honor it was for her to sing with such a musical legend and icon as Tom Jones!

As the song began, Ruti and her mentor sat facing each other on an autumn-themed stage lit up gently with glowing lanterns. Tom Jones began singing the familiar song first. He delivered simple, heartfelt vocals that suited the song perfectly.

Ruti took over after a few lines, and her unique voice put a slightly different twist on the song. She made the song feel fresh and relevant. The interaction between Ruti and her mentor is so sweet; she can’t help but smile whenever she looks over at Tom.

Although this song is usually sung as a solo, when the two started to harmonize, you’re going to wonder why it wasn’t done as a duet earlier. It was clear by the smile on everyone’s faces that the audience loved the rendition of this classic song.

After hearing Ruti sing this beautiful melody, it’s hard to believe that Tom Jones was the only one to hit his buzzer for her during her blind audition. The other judges have to be regretting that decision, especially since Ruti went on to win the season.

This duet is so incredibly sweet and beautiful. You won’t be able to help but smile and forget your problems for a few minutes. What an unforgettable performance. 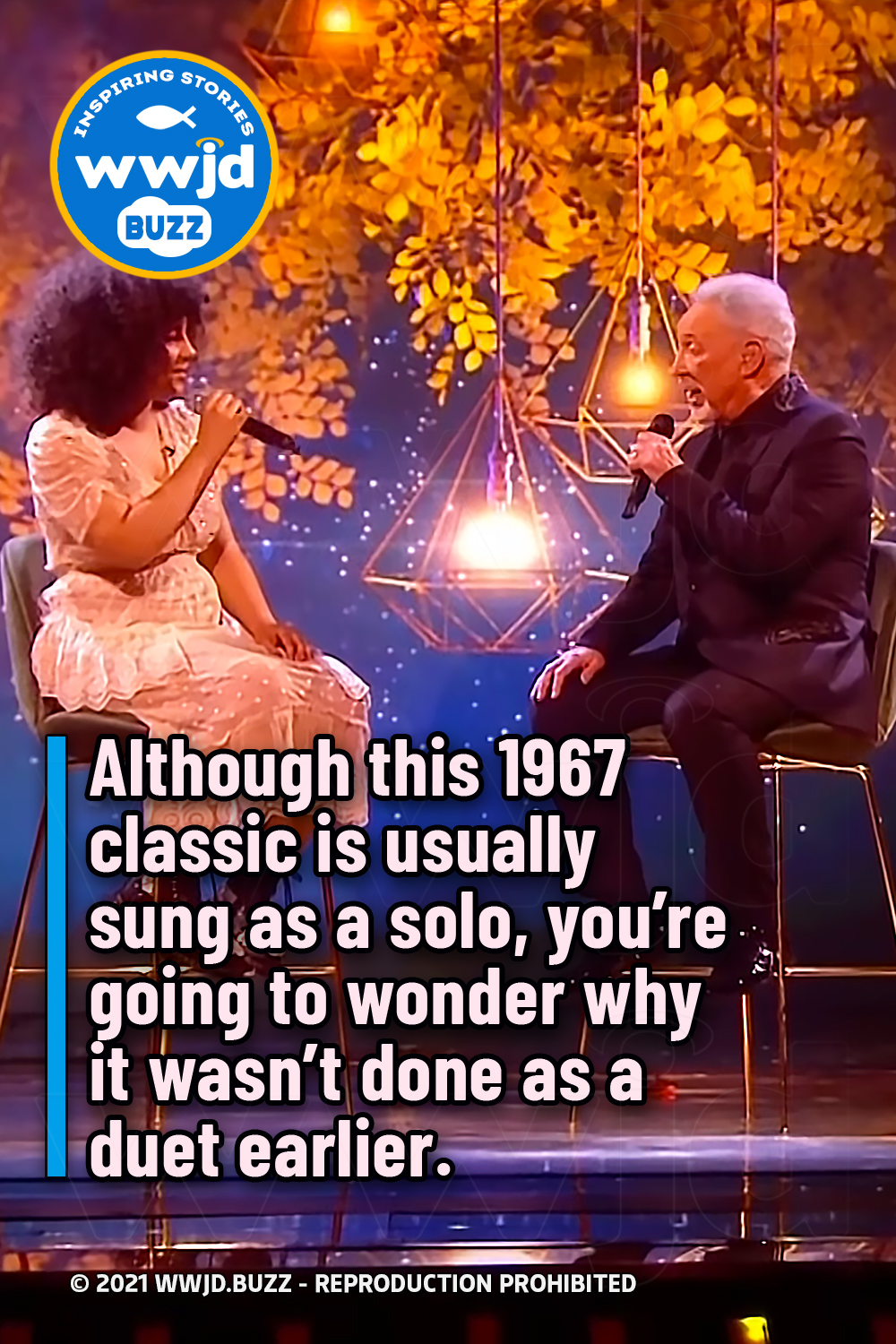