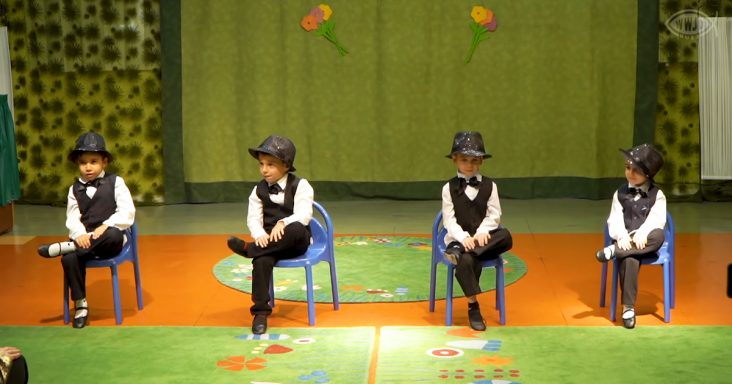 Four preschool boys gave the most adorable performance in California, at a school called Artek Child Education Center. They were all dressed sharply, with vests, bow ties, and shiny black hats to top it all off.

Not only were they adorable, but they were also charming, energetic, confident, and coordinated as well. They must have practiced a lot because their timing was excellent during the show.

Using small blue chairs as their only props their performance consisted of dancing with and around these chairs. At different times they would be sitting, standing, walking, climbing, and jumping off their own chair. 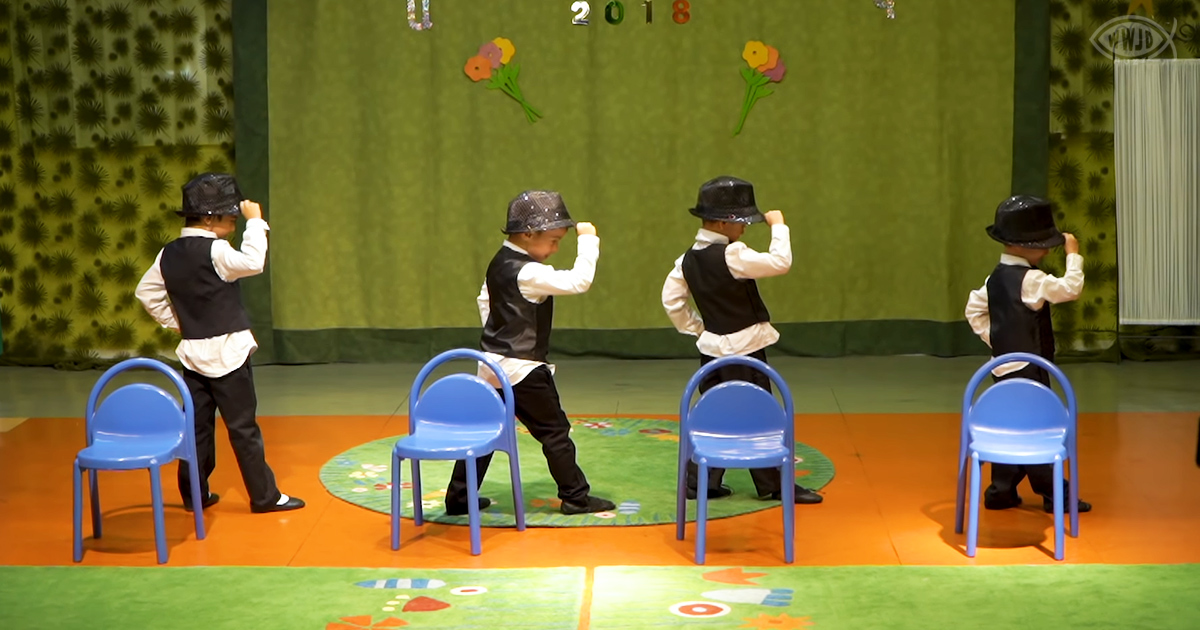 The children’s smiles were infectious, as they performed each one had a wide grin on their face. Everyone in the audience was having a great time clapping along to the music.

In the background, there was jolly piano music that would help guide the boys through the dance. It has a very distinct beat that could be used to count to their next move.

The well-dressed boys would slap their thighs or tap their feet along to the beat of the music, even when the piano stopped playing people continued to clap.

Once their precious performance was over, the crowd gave them well-deserved applause. All the boys had even bigger smiles on their faces as they took in the cheers. 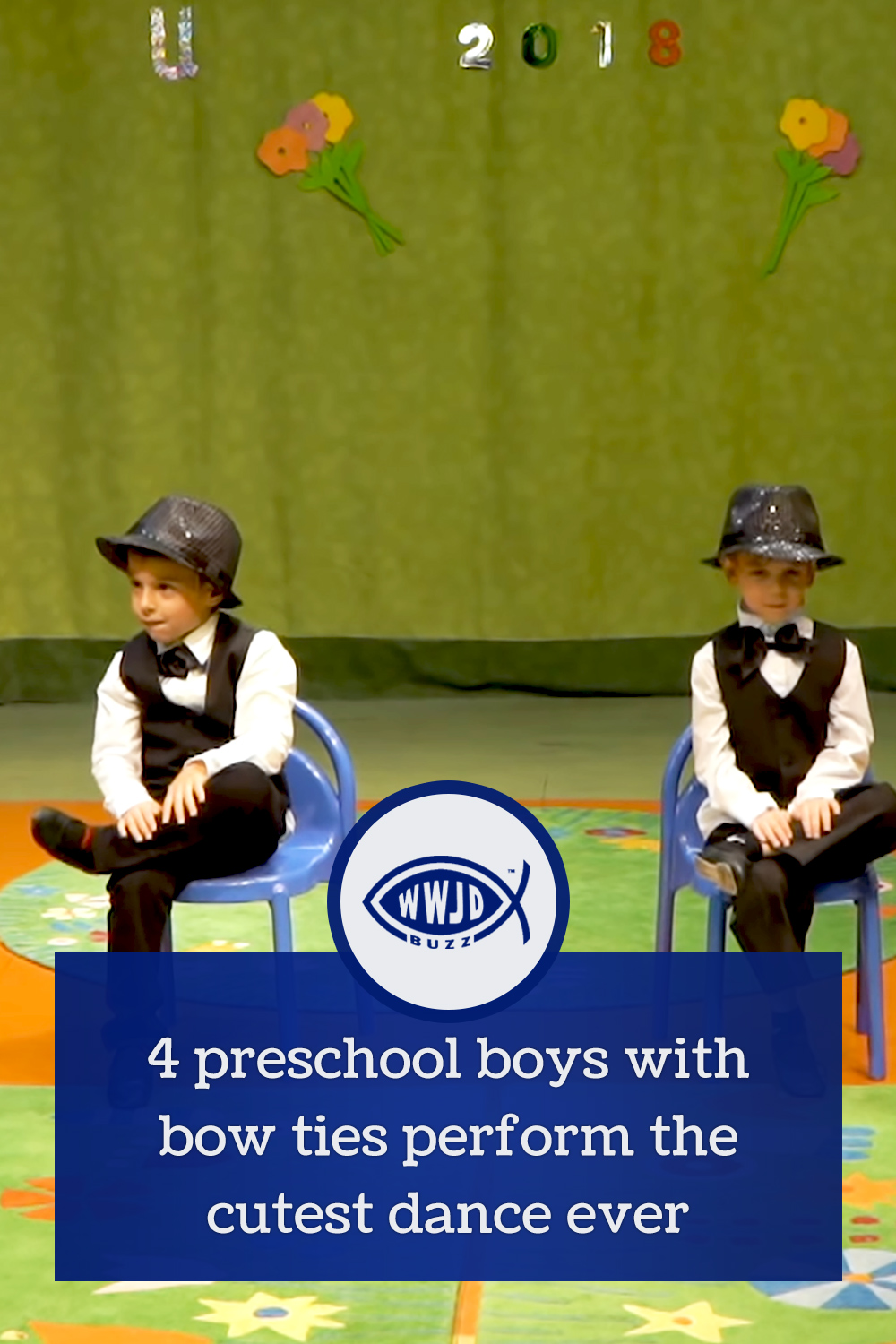