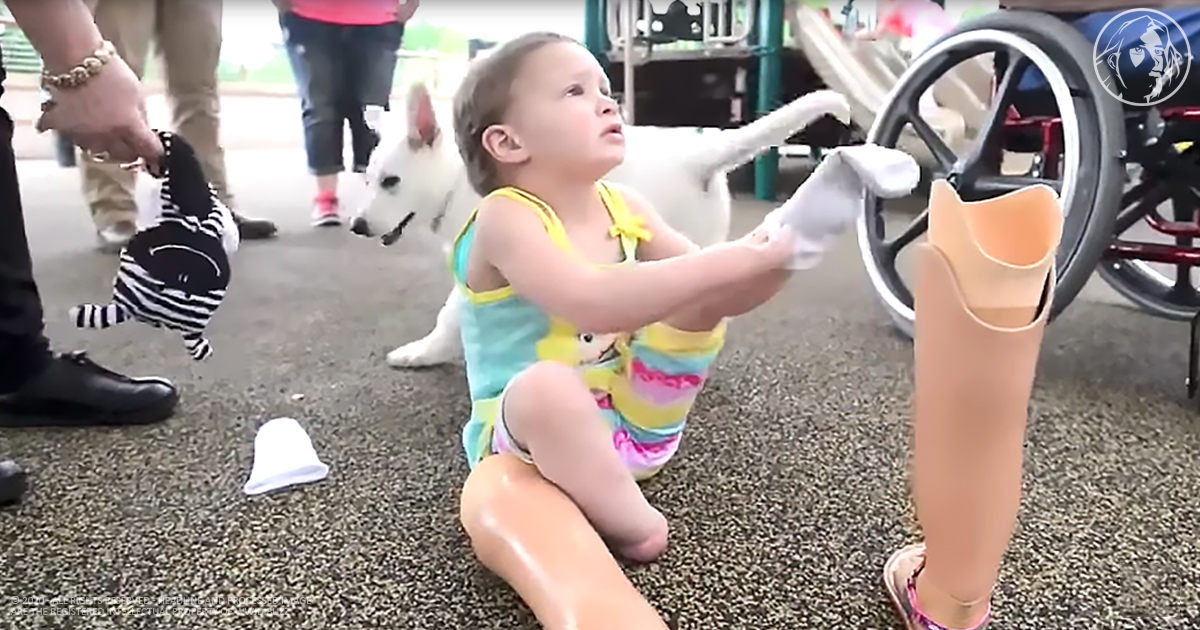 Little Sapphyre Johnson from Tennessee might be missing her feet, but that doesn’t stop her from sharing her love. She’s adopted a puppy missing its front paw, and the two are now adorably inseparable.

Sapphyre Johnson is a beautiful little girl who has some special challenges. Born with a rare condition that left her without a few of her fingers, she required surgery to remove both of her feet when she was just a baby.

But that doesn’t stop Sapphyre. She’s got herself a pair of prosthetic feet, and she even knows how to put them on by herself. What could be even better than a brave little fighter like this? Why her one-legged puppy of course.

“The first time I showed her a picture of the dog, she looked at it for a moment, and she said, ‘That’s my puppy. He’s just like me,’” Elaine Hardin, Shriner’s child life specialist said. “He’s a special dog and he’s going to a special child.”

With the white German Shepard Lt. Dan by her side, Sapphyre feels loved and understood. She and her doggy are inseparable, and as they grow up, no doubt they will conquer the world together. 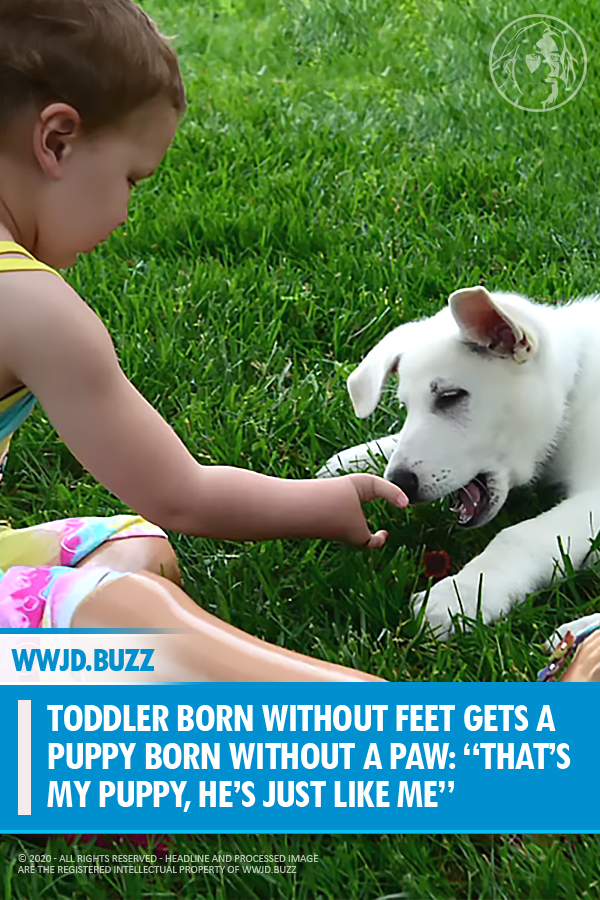