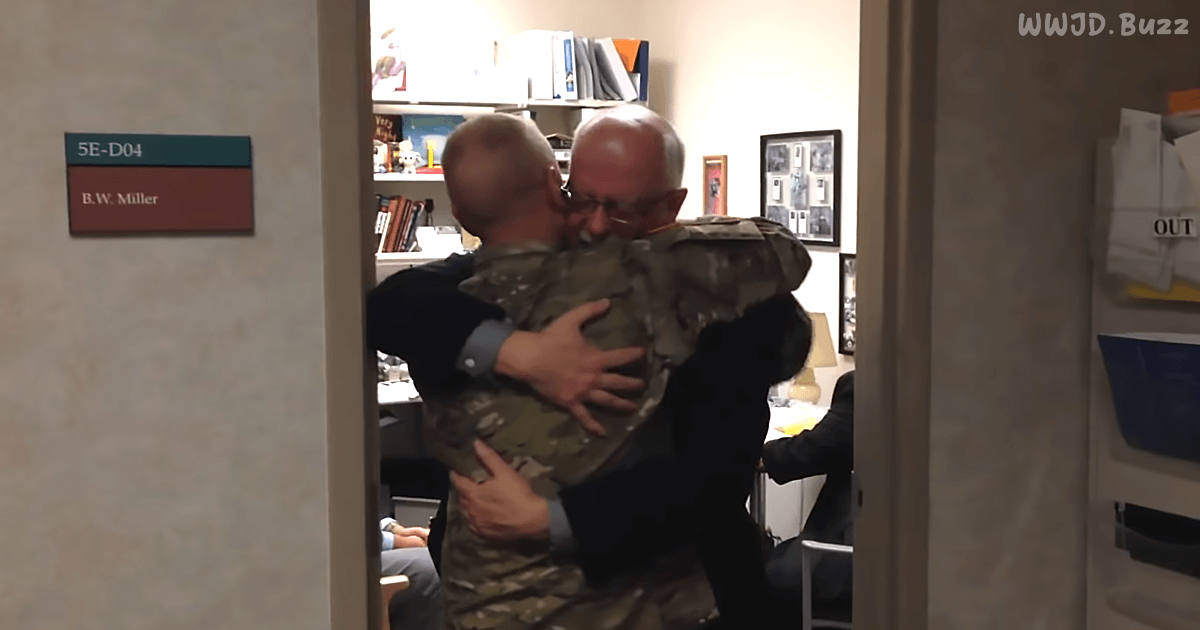 A soldier who had been an MP deployed on a tour of duty in Afghanistan for a year returns home a few weeks early and plans to make it a surprise for his family. Mason decided to keep the good news from his family, including his dad, eager to surprise him in an incredibly epic way.

He goes to the hospital where his father works and learns from the surprised receptionist that he is in the conference room attending a meeting. She can hardly contain her excitement. With a big smile, she encouraged Mason to knock on the door.

The soldier wasn’t prepared for the depth of his father’s joy when he opened the door and found his son waiting outside. He was utterly stunned and gobsmacked.

The dad’s reaction was instantaneous. He grabbed his son in a tight hug and shed tears as he said, “I can’t believe it,” He hugged Mason again. “You look great.” It was an epic surprise!

The father’s co-workers vacated the meeting room with big smiles on their faces. “This meeting’s over, there are more important things going on here,” one fellow said. He shook hands with Mason as he left.

We learn that Mason has the same surprise to spring on his mother and sister too. 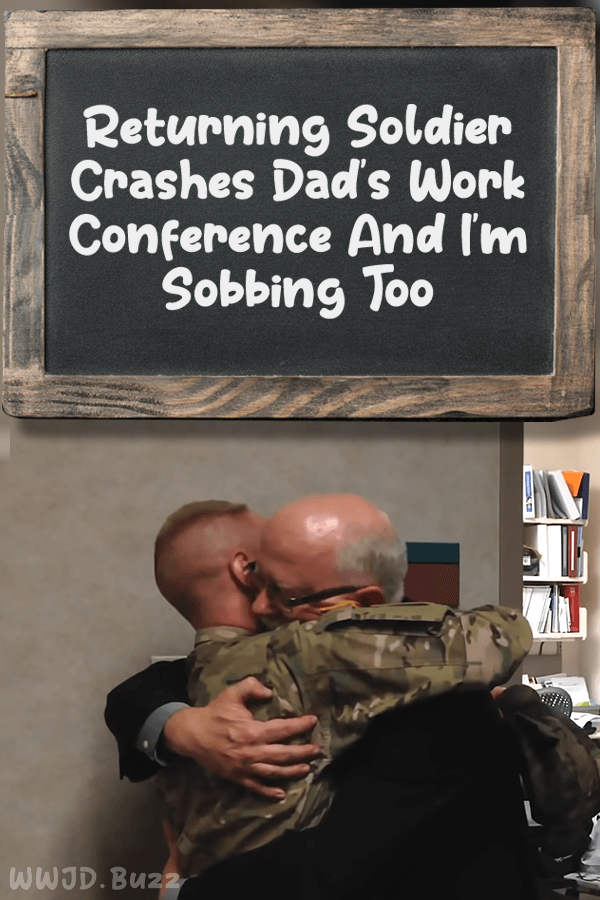