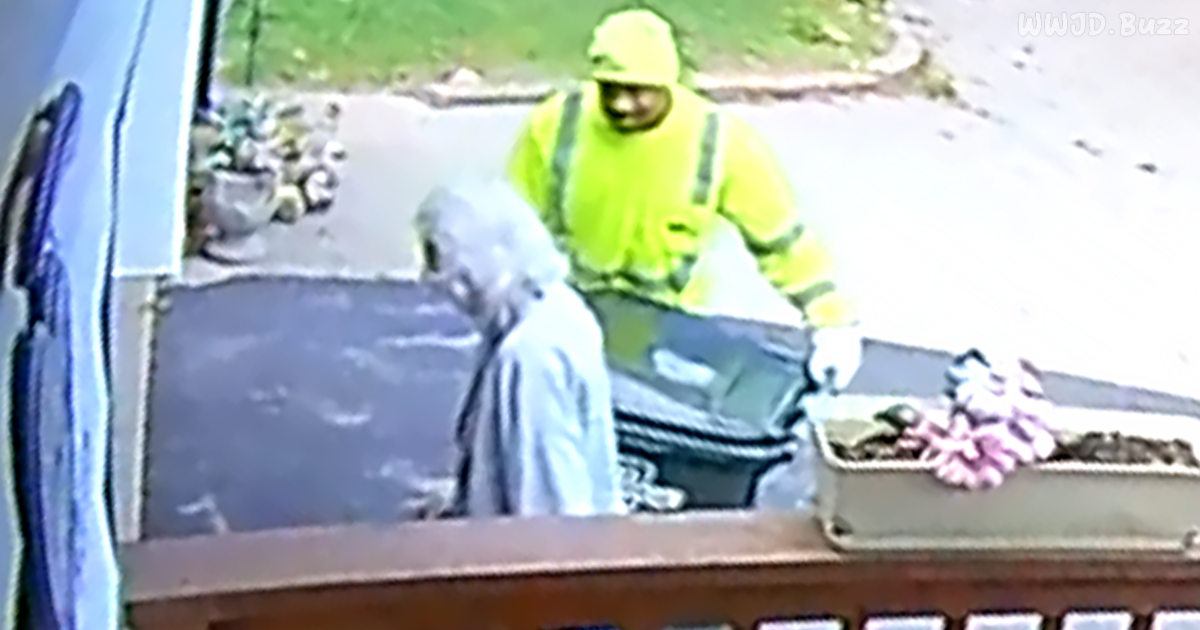 Colette Kingston installs a security camera outside her home in Missouri to keep her home secure, as well as keep an eye on her elderly 88-year mother, who suffers from Dementia. At first, she sees a Sanitation worker being friendly with her mother. After a couple of days, she sees something more interesting.

What Colette observes is that this particular person goes out of his way to help her mother. He was seen with her locking arms and walking up the driveway, as he takes out the trash can, and providing service with a smile. He repeats this action day after day.

Colette then approached the sanitation company to find out who the kind-hearted man was so that they could thank him personally. After some investigation, they found that the man’s name is Billy. They then called him home, thanked him, and invited him to watch a game with them.