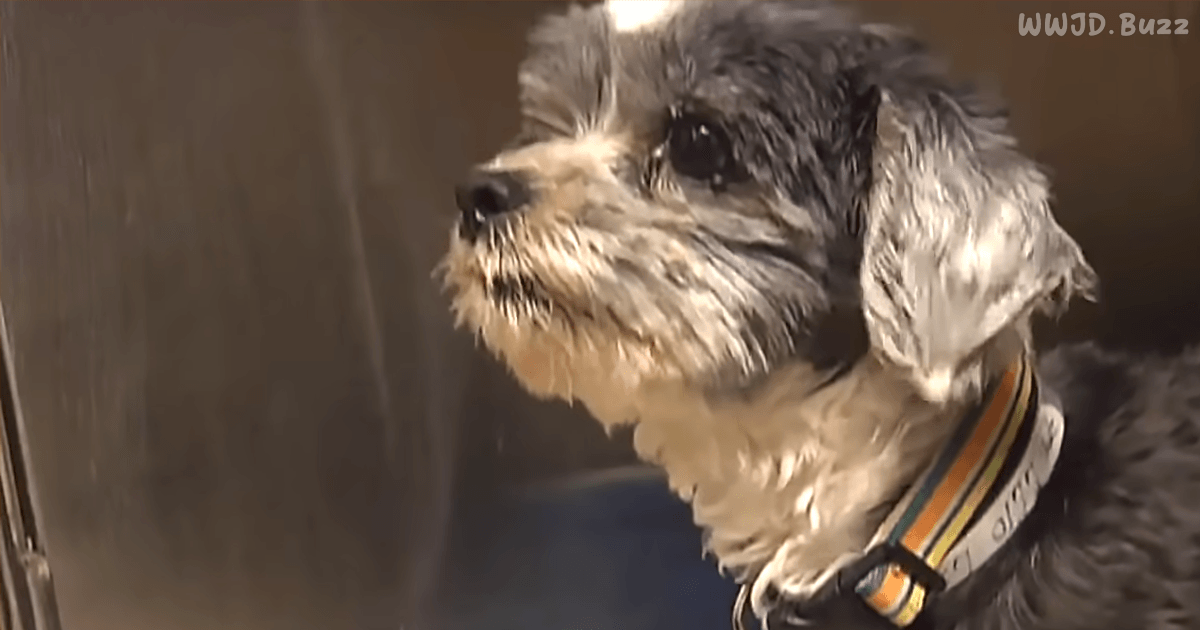 For Anderson County, South Carolina animal control officer Michelle Smith, the call sounded pretty routine: just a barking dog in a ravine. As she clambered down the embankment, she was a bit puzzled: a dog should have been able to climb out with ease.

Once she got to the bottom of the ravine, there was a big surprise. A Shih Tzu was there along with a tiny kitten! Officer Smith is convinced the dog could have gotten out by herself, but not while carrying the kitten. So instead of abandoning the little feline, the dog decided to try barking for help. “This is one example of why I love my job.”

Not only was the dog trying to get the kitten help, but she was taking care of it just like it was her puppy, keeping the kitten warm, grooming, and even nursing the sick angel. The kitten provoked a “pseudopregnancy” and Mother Nature took over.

Once the unlikely pair were at the shelter, the staff decided they should be kept together. The dog’s milk had helped keep the kitten alive, but the hungry little cat had to be bottle-fed formula, too.

The staff at the shelter named them Goldie and Kate, after celebrity mom and daughter Goldie Hawn and Kate Hudson. They were at the shelter for several months and became celebrities in their own right, making a big splash on local TV, the national TV, and finally the internet and social media.

People from all over the country and, indeed, the world expressed interesting in adopting the two. However, it was one family’s “tear-jerker of a letter” that stood out, discussing a dog and cat they once had and how Goldie and Kate brought back memories of their old pets.

The Shih Tzu and kitten found their forever home together. “We adopted both of them,” said Kate. Months later, their still the best of friends and living a happier life at home. She adds, “They do everything together. They are practically inseparable. At night when it’s time for bed, they’re both cuddled up together on the bed with us.”

Check out the video about this heartwarming story that’s posted below and let us know what you thought in the comments. Please like and share this amazing pair with your friends.