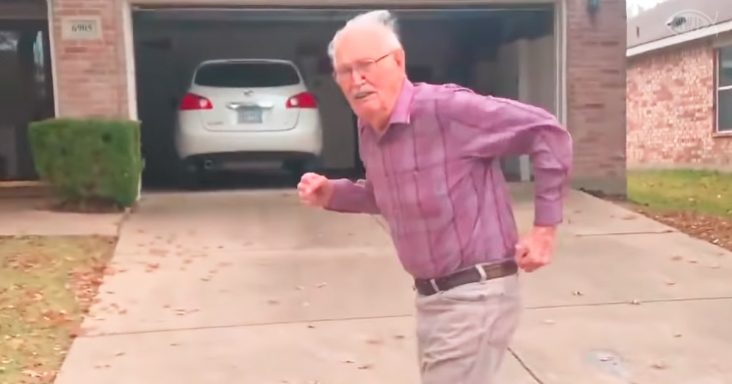 A wonderful family tradition was born when Eska Miller first ran while saying goodbye to his then-baby granddaughter.

89-year-old Eska Miller is a beautiful example of how memories are made and family traditions are established. When his granddaughter Haley was a baby, and her parents would load her in the car when they would leave, Eska would jog ahead.

As the car pulled away from the house, they would catch up with the jogging Eska, and he would look at Haley through the window, shouting at her “see you next time, love you!” 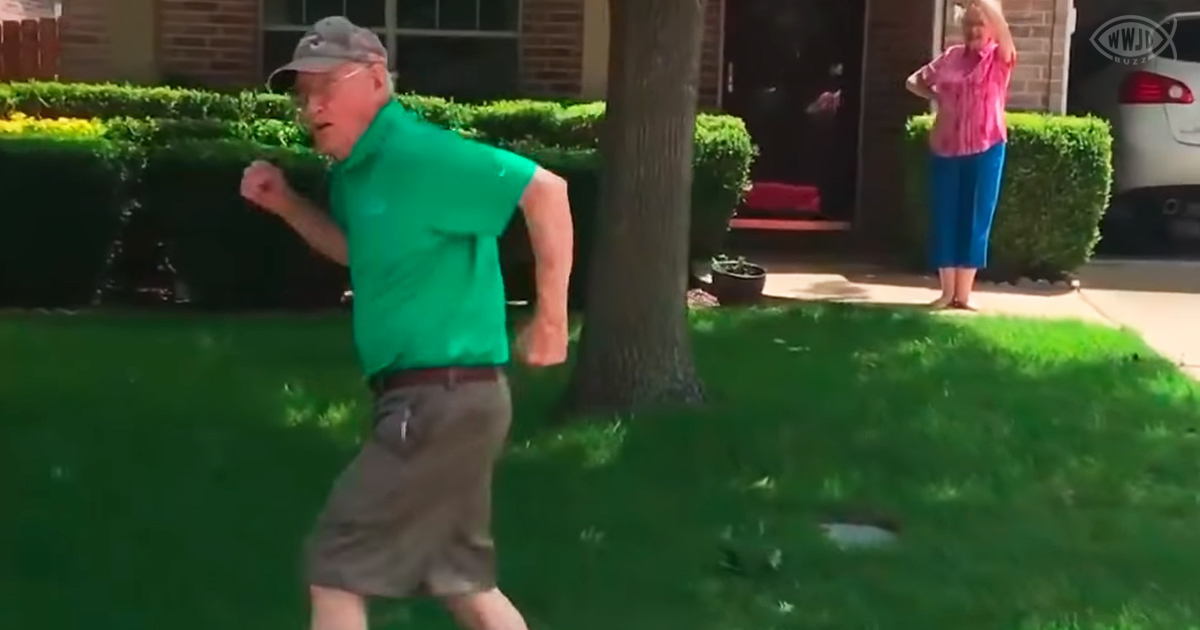 At the time Grandpa began that tender little ritual of love and amusement for Haley, he was a lot more agile. But as she, and he, grew older, he never once stopped jogging, running ahead, and shouting the loving “see you next time, love you!” for her.

That’s how the “goodbye runs” began and became a tradition for Haley’s family. Now, at 89 years of age, Grandpa Eska is still going strong with the tradition. Spry as spring chicken, he still jogs a little and waves, shouting his goodbyes at her when she drives off.

Haley recorded him doing it several times, and made a compilation of his goodbye runs to upload on the internet, with the wish that she gets to do it with her own grandkids. As soon as it was on the internet, it became viral. And how could it not, when such tender, happy love pours out of each video?

That is the way family traditions are made, just like memories: with love, fun, devotion, and above all, heart.